Posted On August 23, 2016 By Staff In Buzzworthy, Sports, The Scene

Last week, P&G’s Tide brand announced its return as a sponsor in NASCAR, partnering with Joe Gibbs Racing and veteran Sprint Cup Series driver Matt Kenseth. As the iconic laundry detergent celebrates its 70th anniversary, the classic orange-and-yellow paint scheme will once again hit the track, reborn as the new powerful Tide PODS Toyota Camry, to showcase the evolution of the brand. 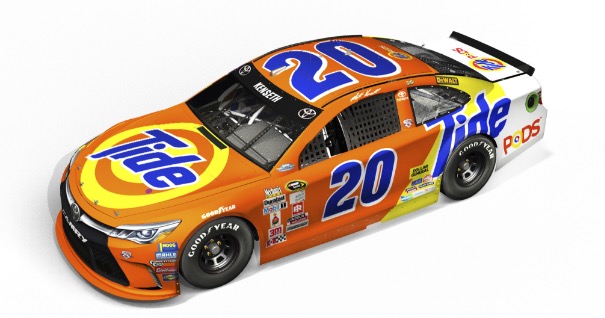 The Tide brand has been at the forefront of some of NASCAR’s most memorable moments, from three-time champion Darrell Waltrip notching his first Daytona 500 win in 1989 to Ricky Craven edging out a win at Darlington Raceway by the shortest margin in NASCAR history: 0.002 seconds. During its nearly 20-year stint in the sport, Tide powered over 200 top-ten finishes and 20 wins across 628 starts in the Sprint Cup Series.