Posted On September 15, 2014 By Hunter Simmons In Sports, Sports Takes

The Torture of Being a San Diego Sports Fan

In a recent article, San Diego was voted as the most tortured sports city. Both the Padres and Chargers do not have a single championship to their names since their introduction into professional sports in 1969 and 1970 (post-AFL), respectively. San Diego has also hosted a couple basketball teams (the Rockets and Clippers), but the market was never strong enough to keep them. I know, somewhere Champ Kind is crying into a plate of chicken wings. However, as a native San Diegan and avid Charger/Padre supporter, I felt inclined to shed a little hometown light on this situation. 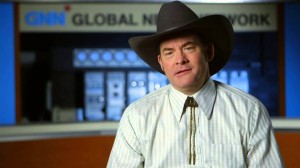 Hang in there, Champ.

Let’s get through the bad stuff first. One of the most painful things about being a Chargers fan is the fact that practically every home game is blacked out locally. The Chargers organization has had some real issues selling tickets in recent years, which is not surprising considering that the team has struggled to win more games than lose. Yes, we made the playoffs last year. Yes, we beat Cincinnati at home. But at the end of the day, San Diego is met with routine disappointment over the production of its sports teams. San Diego’s only Super Bowl appearance came in 1994, when they were handled without too much difficulty by the San Francisco 49ers by a score of 49 (how appropriate) to 26.

The Padres have done slightly better throughout their history. They have made two appearances in the World Series, but did not prove to be very competitive. In 1984, the Padres fell to the Detroit Tigers 4 games to 1, and in 1998 my Padres were swept by the New York Yankees in the championship series. You know there’s a problem when you are proud of a home run Tony Gwynn hit in a World Series loss. Since the 1990s Padres, production has been far less-than-stellar: only two postseason appearances, both resulting in losses in the first round to the St. Louis Cardinals. Today, we San Diegans get excited over a measly three-game winning streak.

Who is to blame? The market size? The owners? The coaches? We could go around in circles all day debating why we have met with such little success in recent history, but that doesn’t excuse the fact that more often than not, we lose games. As any San Diego sports advocate will tell you, we are used to mediocre season openings, midseason streaks and hope, and ultimate disappointment. 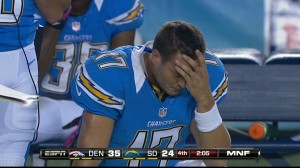 Cheer up, Phil. You still have a nice salary to come home to.

And yet, San Diego hangs on, season after season. Why?

First, it’s San Diego. Even the middle of a fierce drought, we haven’t a single worry in the world. By the beach, the weather is beautiful, the people are beautiful, and life is beautiful. When you go to Petco Park or Qualcomm Stadium and see so many fans cheering for the opposing team, it’s not because they traveled over hill and over dale to be there. They live here. And why not? It’s paradise.

Second, games are still “fun.” Working at Petco Park for two years still has not numbed me to enjoying a game downtown. The atmosphere, the food, and the drinks are hard to come by at any other ballpark in America, which I can safely say after attending games in about half the ballparks in the country. I cannot, sadly, say the same for Qualcomm Stadium, which, to put it mildly, is a dump. This is another potential reason why people simply do not want to go to a game, but I still have many fond memories from watching my Chargers overcome certain defeat towards the end of the season, only to immediately fall in the playoffs.

Third, and my own personal theory: going so many years without a championship simply entices the true fans. If and when San Diego reaches that level of glory, I can be that guy who says, “I was there from my start in life!” Success is the sweetest to the true fans, and a true believer I will remain until the market cannot support them anymore.