Posted On February 25, 2014 By John O'Neill In Dating For Women, Girlzone

Why it’s impossible to find a good guy in this world, from A-Z…according to a guy

It’s not easy finding a suitable guy these days, and maybe that’s because, as a guy, it’s hard to meet the standards set forth by Disney shorts, romantic comedies and any Matthew McConaughey/Ryan Reynolds/Ryan Gosling fantasy film that girls so adore. It seems that weighed against reality, meeting the “right” guy would be pretty hard for any girl. Here’s why:

To fit the standard, a guy must meet the following criteria:

a. He should be stable, hard-working and well-paid.

b. He should be spontaneous.

c. He must make her a priority.

d. He must have his own life.

e. He must be experienced and capable in the bedroom.

f. He can’t have a track record of being with too many women.

g. He has to be strong and confident.

h. He should have a sensitive side and not be afraid to show it.

i. He can’t be too blunt

j. He can’t be too passive

k. He has to listen to her

l. He has to tell her what is on his mind, how his day went, and how he feels 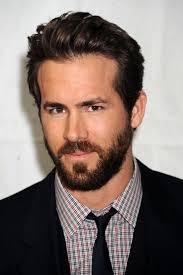 m. He must challenge her to be better

o. He should accept her the way she is

p. He will always be honest

q. He will say things that make her feel better

r. He has to be intelligent

s. He shouldn’t be disagreeable

t. He must be funny

u. He can’t be rude to others

v. He must be ambitious

w. He must respect your plans

x. He has to be trustworthy

y. He should be mysterious

z. He should be in the next big Hollywood romantic comedy because the “right” guy you’ve been looking for doesn’t and can’t exist.

The next time you ladies are out for your girls night and are bitching about how a good guy is too hard to find, or that your last guy just wasn’t all that, keep in mind my ABCs. Us guys, we’re doing the best we can.