Posted On December 23, 2014 By Victoria Wilmoth In Fashion For Women, Girlzone

Four years of higher education at Savannah College of Art and Design (SCAD). Inspiration Boards. Multiple sketches of a gown on a croquis. Draping multiple looks. Patternmaking. Muslin creation. Re-evaluating the pattern based on the results of the muslin. Cut the expensive fabric based on the new pattern. Hand sew the outer shell. Line the dress. Hem. Hand sew the finishing touches. This whole process for only one gown. This photoshoot had six.
As a fashion designer, creating gowns is a labor of love. Organizing a photoshoot is a labor of details. However, it is necessary for both processes to come together to get the final result. After all, the photoshoot is the grand finale, the “Big Day,” if you will. This article details the specifics of organizing my most recent Victoria Wilmoth Couture Photoshoot.

As every person in the fashion industry knows, it is not only about designing the right dresses, but finding a photographer that best captures their essence. We researched numerous locations in the Detroit area and numerous photographers. We were lucky when we found a professional photographer with twenty-three years of experience including fashion modeling. It was one of the easiest decisions of the entire photoshoot. Not only had we seen examples of his work, but he came highly recommended from close friends. It was a no-brainer. We decided on the very talented Sam Sarkis of Sam Sarkis Photography. He did not disappoint. He was able to capture the essence of the brand perfectly and had distinct ideas for each of the dresses that we emailed him photographs of previously.

It took us two weeks to select models for the Detroit 2015 Photoshoot. There were many great submissions with many beautiful girls. That is not the hard part. The hard part is finding a beautiful girl that matches the look, measurements, and height of a couture gown perfectly. We were fortunate enough to find three gorgeous girls with distinct styles, looks, and attitudes to portray our brand this season. Among the talented models in Michigan we used: Angelina Cama, Jen Jar, and Bailee Rysztak. It took two weeks to schedule fittings for each girl. We tried on countless gowns until we found the “right fit” for each girl. In addition, it took multiple calls to several salons in the area. We needed to find one able of pulling off the eccentric and classical hairstyles that our dresses demanded this season. Then, after that, we had to make sure the appointments were late enough in the day that the girls’ hair would not fall out before the photoshoot. We found both of these elements in Andrew Marke Salon. The booking of appointments began.

The night before the shoot, one of the zippers on a gown broke and we frantically had to buy and sew in a new one. Not to mention, we made two major changes to our dress lineup resulting in numerous other alterations. An all-nighter later, we had two new zippers sewn and hours of pressing and steaming gowns until the details of the dress were meticulously shown. Then, we had to make sure every dress had the appropriate shoes and accessories. You do not want the accessories to overpower a dress, but the right accessories can also make or break the look of a dress. After scrambling for multiple hours making sure everything was accounted for, we were off to Andrew Marke Salon for the next two and a half hours.

Hairstyles Fit For A Model: 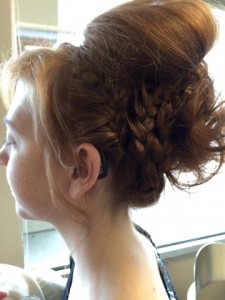 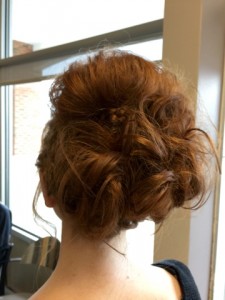 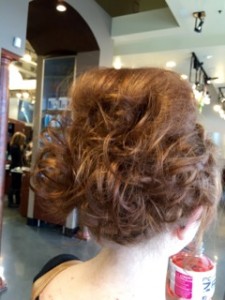 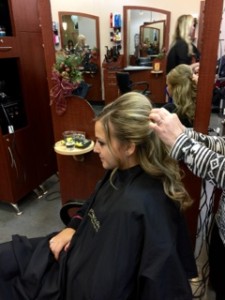 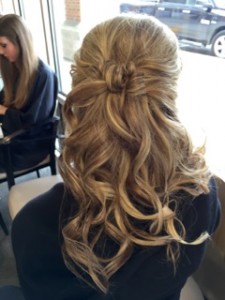 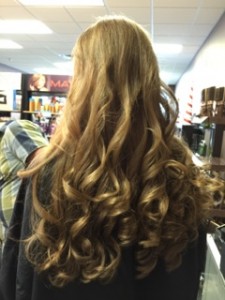 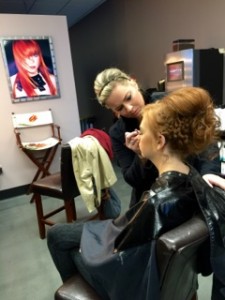 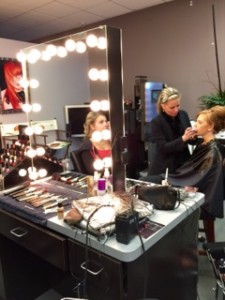 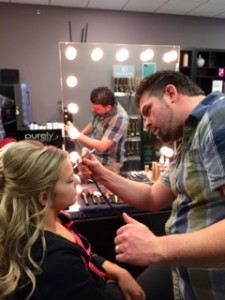 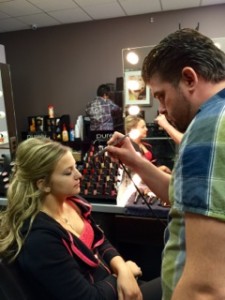 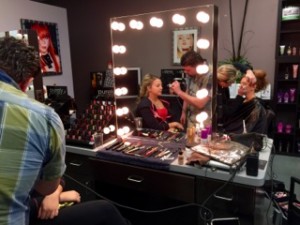 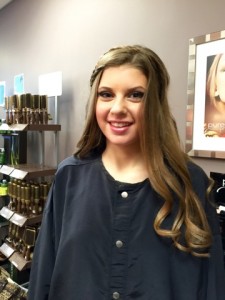 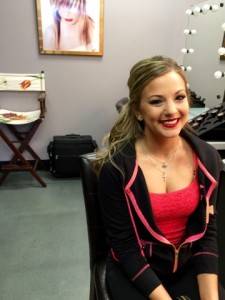 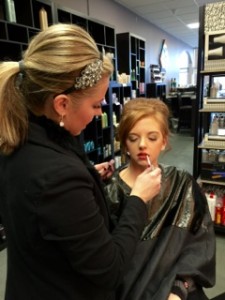 After all the hard work, headaches, and long nights that turned into days, we ended with the result that we wanted. All of the models looked stunning on the big day and the photographs were impeccable in quality. Not only did we find great girls, but also made professional friendships. The fashion industry never ceases, so as a fashion designer, neither can I. However, it is for days like this that the long hours and labors of love are worth it. Cheers to 2015!