Posted On July 10, 2014 By Lucy Enright In Buzzworthy, Lifestyle, The Scene

The 7 Worst People You Meet On An Airplane

This not so stealth individual will typically pretend to be sleeping, or reading, or have their headphones in, basically anything to keep them from making eye contact. OR, they keep guiltily looking up to see if anyone realizes. Either way, they’ll always play dumb and keep squinting at their boarding pass as if they’re reading some kind of encrypted text, because they’d rather look clueless than admit they’re actually just an asshole. I’m sure some of you readers are thinking maybe the alleged thief really didn’t know they were in the wrong seat, which leads me to believe that you yourselves have been guilty of this at some point in your travels. It’s simple, if your boarding pass says seat B, and the seating chart above reads CBA, and you’re sitting in my seat…you just earned yourself a big F-U.

You know who I’m talking about, the guy who thinks he owns the overhead space directly above his seat. What is it with men and the war on overhead storage space? There’s one of these on EVERY flight, and you can’t miss him because the second anyone even touches his bag a war is declared. I struggle to understand how flight attendants keep their composure with this one. In fact, I envy their self-control. In an unusually calm voice, they’ll talk this man child off the ledge and rearrange the bags to his liking or as close to him as possible; But you know they really want to say exactly what everyone else is thinking, “Sir, please let it go and SIT THE F*** DOWN.” 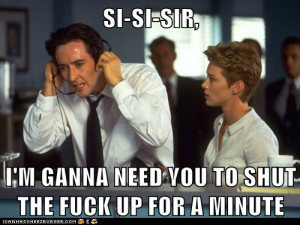 -The one that fails to power off –

Listen, I get it. It’s a stupid rule. REGARDLESS, you’re no exception to it. Consider this, while you’re sitting there debating what filter to use on Instagram, I’m blowing you up in my mind. So do everyone a favor and TURN IT OFF. And don’t make them tell you twice, it’s embarrassing.

To all of you who do this, you’re THE WORST. As soon as the plane lands and starts taxiing to the gate, these nuisances are already halfway out of their seats ready to ambush the aisles like a bunch of linebackers as soon as the seatbelt light’s turned off. WHERE DO YOU THINK YOU’RE GOING? They deboard the plane by row, stop being an assh***. Stop flailing your limbs all over the place and reaching over people to get your bag. You’re rude, and every passenger on this plane hates you. Consider this a warning because it will probably save you from getting your ass kicked one day. You’re welcome in advance. 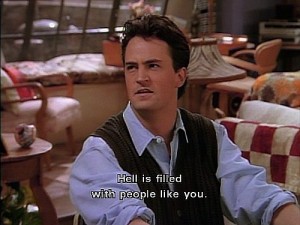 -The one with all the kids-

Not so much the one with all the kids, more so the kids themselves, unless their barbaric behavior is a reflection of the parenting…or lack their of. You wouldn’t send a kid to school if they’re not potty trained, so don’t bring one on a plane if they belong in a zoo. 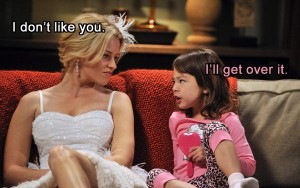 -The one that wants to change seats-

Sure I’ll trade you my window seat with extra legroom that I paid for in advance for your middle seat 20 rows back so you and your BFF can sit next to each other, said no one ever. No chance girl, this is the flight to LA not la la land. 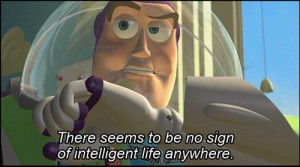 -The couple whose love knows no boundaries-

Who needs an arm rest when you can be wrapped in your significant other’s smothering embrace for the next 5 hours!? In fact, why occupy two seats when you’re already dry humping each other in one!? These love birds are likely to get taken down by the federal air marshall in an innocent attempt to join the mile high club. What was once overlooked as a bathroom smash sesh, is now a potential terrorist conspiracy. Thanks a lot Bin Laden.