Posted On March 6, 2014 By Staff In Advice For Men, Advice For Women, Manzone

Lies People Tell Themselves When Life Deals a Bad Hand

Inspirational quotes and motivational posters can be good things.  Sometimes they can be just the thing you need to give you an idea or create a spark that can change your life.  However, in reference to the droves of Pinterest circle jerks and Facebook reposts, I think it’s important to realize that there’s a lot that goes beyond a simple sentence on a physical or virtual wall.  It’s often referred to as life – and sometimes it sucks and is unfair, sometimes things won’t make you stronger, and sometimes you just possess a mindset that isn’t suited to take you where you want to go in life.  So don’t get caught up tweeting the words of Marilyn Monroe in attempt to try and make sense of whatever you’ve got yourself into.  After all, she failed marriage three times, struggled with drugs, mental illness, and not banging married men…and then committed suicide at 36.  There is substantial evidence that Ms. Monroe is most likely ill-equipped to hand out advice.  Especially to people that are already looking for it. Instead of finding solace in nonsensical quotes, stop telling yourself these lies, and get on the right track. 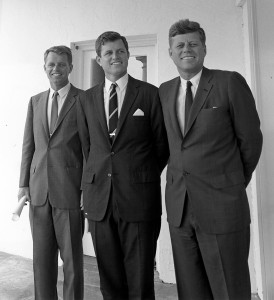 Marilyn most likely banged two out of three of these dudes, and while that might be an accomplishment since one was a senator and the other was the freaking president, we won’t call anything that leads to suicide a good thing.

This is simple.  Have you ever talked bad about someone behind their back?  Say “yes.”  Have you ever talked bad about all of your friends behind their backs as well?  No.  Some people are just fun to talk about and it’s fun because you don’t have to argue your point when they don’t hear you.  It doesn’t mean it’s honorable, but we already know that.  You know that getting drunk is bad for your liver, but it’s fun…and when was the last time that stopped someone?  ”Never” is most likely the answer for most people until they hear a man in a white lab coat say “cirrhosis.”   People talk shit.  Don’t write off everyone in your life because they talk shit or you will have to go to a monastery to find friends. 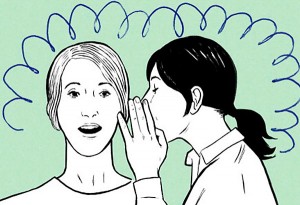 Look at her just talkin’ shit.

No you do not.  You get what you get and what you do with that determines the rest.  I’ve got friends that sit on the couch watching TV talking about how it must be easy to do the job that (insert random celebrity’s name here) has.  Like they deserve everything in the world for going to college and busting out 9-5’s for 50 weeks a year so they can go on vacations for the last 20 years of their life.  Most people will probably never in their lifetime eat as much ramen as some of the most successful people have had to eat as a byproduct of being broke because they didn’t go to college and get a good job like everyone is supposed to.  You don’t get to be Bill Gates or Eminem by taking out student loans and doing what your career counselor tells you to do.  That being said, there are countless individuals that have worked harder and for less money than you and I and they will never see fruit.  And let’s not forget about the Justin Biebers, who wouldn’t know what a hard time was if it hit them in the face, and who became richer than the majority by accident.  Nobody gets what they deserve.  Sure, being an honest, hard-working person probably won’t hurt your situation in life, but you could also just be a really good coal miner.  So stop thinking that the world owes you something, try your best, do what you love, and be good to each other.  Maybe you’ll invent a way to stop confusing which way is up on a USB cord or maybe you’ll just wind up writing for Writtalin.

Jimmy Buffet isn’t worth $400 million because he worked harder than everyone else.

The average American adult is said to have an IQ of 90-110, and while it’s true that you probably won’t find yourself designing the next space shuttle if you have an IQ of 85, having a high IQ really doesn’t put you any closer to the task.  Chris Langan has been called the smartest man in America with an IQ estimated to be between 195 and 200.  For a point of reference, Einstein’s IQ was 160 and the Writtalin staff is required to have an IQ of 130.  But you’ve never heard of Chris Langan.  Why?  Because despite his incredible cognitive abilities, he was raised in poverty and didn’t develop social abilities the way others do.  He was dealt all sorts of disadvantages growing up and despite his potential, he relatively squandered it because of uncontrolled circumstances.  There was also a study done by a psychologist named Lewis Terman that tracked high IQ children throughout their lives.  It quickly became apparent that having a high IQ didn’t matter at all.  The results were entirely indistinguishable from other children.  The study even rejected two children who didn’t have a high enough IQ to be a part of the study and both of them won the Nobel Prize in physics.  Being smart simply isn’t enough.  After you are smart enough, it’s everything else in life that matters. 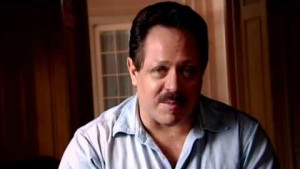 Having one of the most intelligent minds in the world still doesn’t matter.

4 – Everything happens for a reason

I hear this over and over again but it’s never used in conjunction with winning the lottery or narrowly escaping death.  It’s always used to water down a shitty circumstance.  If a lottery winner were to take this phrase and apply it with the intensity that someone who was just laid off might, then they might spend the next few nights wondering why they had won that money.  But nobody does that.  Fuck the “why,” I’m rich!  Though, it never fails to be the favorite words of someone beaten down by life.  It’s not true and we all know it.  So do yourself a favor and instead of sleeping peacefully knowing that there might be some divine reason your best friend fired you, get up, dust yourself off, and figure out what you did wrong. 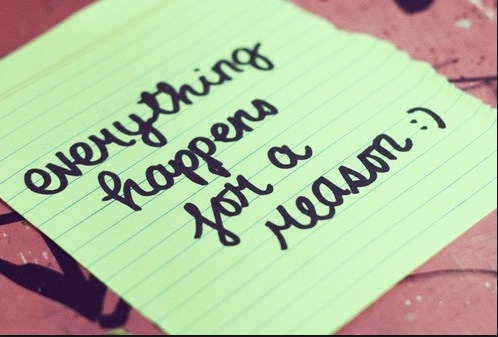 You won’t succeed by pawning off your misfortunes as someone else’s responsibility.  Sometimes you just suck, and figuring out how to not suck is the only thing that will help you.