Posted On December 16, 2014 By Keegan Boisson-Yates In Miscellaneous, Ramblings

I notice some loose conversation going on near me. I look up from my tuna salad sandwich that I brought with me for my short lunch break to a harsh realization – it’s almost 2015.

This is around the time people start to reflect on the year that they have just survived. It’s around the time where people begin to point out the failures of the past twelve months, usually while cradling a bottle of vodka and sobbing to the music of Marvin Gaye. Or is that just me? Either way, out of the dissatisfaction, inspiration and mental breakdowns; new goals and dreams of what the fruitful next year should bring begin to appear. Gyms, self-help bookstores, and hair salons begin to see a sharp rise in profit as people begin to equip themselves with the gear they need to battle their way to victory in the upcoming twelve months.

By March, the adrenaline subsides and life sucks once again.

“Why is this Keegan?” I keep asking myself.

I’m not sure about this but I have a hunch. Too much of the focus toward this change is being siphoned off in the wrong directions and toward the wrong things. Passions dwindle and switch as frequently as headlines and as newer things become important, past goals are forgotten and swept under the carpet.

“Ehh it never mattered anyway. Who cares about what I didn’t accomplish last year? Who cares that nothing has changed? I’ll just find something new to complain about. Plus, a new season of Workaholics is starting and if I miss that then I’ll have a bad year anyway,” says Joe the make believe character that I interviewed for the sake of trying to implant random silliness in serious messages so as to be a little subliminal. But I digress. Joe, is wrong and anyone who feels uncomfortably familiar with what he just said is wrong also.

People love to protest for change from behind the scenes; also known as complaining. I know that things can be better, I refuse to believe that our current justice system, school system, and the way we go about human relationships is the best we can do. In a generation already so flooded with over-excited hormones, insecurity, anxiety, sexual confusion, political corruption, premature ejaculation, drug abuse, racial tension, media propaganda and violence we could use a lot less complaining and a lot more understanding. And I believe that if we put our time into understanding some of things that we love to just complain about then we can maybe work toward being that change we all want to see. And who knows, maybe still have time left to catch that next episode of Law and Order after all. But where can we start?

I look over to my left and the guys hate the girls. I look over to my right and the girls hate the guys. What’s up with that? I thought we all came to party together. It seems that the group of guys who grew up exposed to cleavage a little too early and the group of girls who got introduced to John Stamos too young were put on a fast track to be lustfully attracted to each other but forgot to learn how to get along. In 2014, I lost count of how many girls got exposed, tormented, attacked and shamed on the internet for some reason or another. Female ridicule was trendy, so much so that it coined insensitive nicknames, marked events and even full length songs. Guys realized that the battle was not one sided when the internet bullying of a college student provoked a school shooting that resulted in 7 homicides and a suicide. The reason for being bullied, he had never been laid. It’s a vicious cycle, of clashing hormones and irrational teenage love-hate relationships. Where it started or who started it is unknown. Who exactly even killed chivalry? Embarrassing each other on the internet for fame has become way too cool and common and may have something to do with the current distaste for one another. Also, maybe we should step away from the “party with sluts” caps and the “bad bitch” attitude and just get to know each other instead. The middle of the dance floor is more fun than opposite ends anyway.

As I am writing this, the news above me continues to blare. The statement, “Black Lives Matter” is aggressively shouted and painted on banners and the crowds stretch for miles. In lieu of recent events, it is clear why the tensions would be higher than usual and the protests more passionate than usual. But it seems to me that it has become a bit repetitive. The state of racism in the current time is complicated, even more so to comment on it, everyone’s main agenda is to be politically correct and all that jazz. Everyone is pointing fingers and blaming but not many people are thinking or understanding. The media works in crazy ways. I’ve always failed to understand the public’s cluelessness when it comes to their interpretation of the media. Failing to notice trends in agenda, failing to consider motives etc. The media wages and magnifies civil unrest because a nervous and anxious public spends money. Popular headlines sell. The manipulation is endless, but also insultingly obvious. Stop believing everything you see on the news or take the top spot in popular culture. Don’t believe me? Ask yourself why Ebola disappeared just in time for Christmas shopping? Anyway, to my black brothers, white people are not the enemy and to my white brothers, black people are not the enemy. Stop making things about race. Stop listening to people who make things about race. Stop judging someone based on race. We are all black. We are all white. We are all everything in between. We are all human.

Oh shucks, it looks as though my lunch break is nearly over. I didn’t even get to finish my tuna.

In conclusion; stop making stupid people famous, start being a better friend, stop cursing the police, start supporting local businesses, stop spending money online shopping, start donating to a cause. We are not the scum generation that everyone seems to keep saying. We can be better, we can actually be that change we want to see.

Until next time, friends. 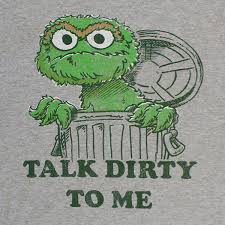 5 Complaints About ‘Star Wars: The Force Awakens’ and Why They’re Stupid