Posted On September 24, 2014 By Will Goldstein In Movies

The Faces of “Frank”, or A Millennial State of Mind

Just prior to the third act in Lenny Abrahamson’s aggressively idiosyncratic ‘Frank’, the film’s mentally handicapped title character (Frank) announces to his band mates and devoted members of SORONPRFBS, an avant-grade rock ensemble begrudgingly prepped to take the stage at SXSW, that he has composed his “most likable song ever.” He’s done this, we learn, out of fear that the band’s experimental arrangements will alienate a virgin audience. Altogether hesitant, the mates listen as Frank, bent over a keyboard in a congested, Austin TX hotel room, plays a little ditty that goes:

The band, maintaining a 21st-century jaded cool, is not impressed. Frank has made himself irredeemable. He has shamed himself in the eyes of his pseudo-revolutionary peers, becoming an anathema to all courageous artistic insurgents. By acquiescing to his own interpretation of the day’s vogue, in essence, giving the folks what he thinks they want, Frank’s “most likable song ever” is (within the context of the film), perhaps, his most unlikable song ever. Needless to say, SORONPRFBS has a bit of a falling out, and appropriately so.

A juncture of this magnitude, which is all but downplayed in the film, buried beneath a mosaic of 21st-century inter-web satire, is emblematic of more than a vital story peripeteia. It is a reflection of zeitgeist – a distinct pause for social commentary that warns all modern creatives of the consequence of surrendering to an audience’s supposed want. In Frank’s case, the band splits and their SXSW premiere is not well received. Without delving into (further) spoilers, it’s worth noting that, in the insistently volatile world of ‘Frank’, those with the capacity to betray their principles do not go without reprimand. Sellouts, despite their best intentions, will look like fools, with or without massive papeir-mache heads.

To an active audience, this is certainly not the first time a film has suggested that being true to oneself is a good thing. This is a well-worn message across all storytelling platforms. Yet there is a dourness that surrounds Frank and his band that percolates beneath each scene; an austerity that threatens to detonate at a moment’s notice, pending any slight provocation. The commandment in Frank’s world is creativity, unadulterated, and it is not to be sullied. So when Frank is discovered defying his team’s inherent code in an Austin TX hotel room, his band’s disappointed reaction seems justified.

But there’s more at work here than a character’s narrative low-point. Frank, being mentally handicapped as the film establishes, demands audience sympathy, so the reaction is paradoxical. Is Frank to be derided? Or forgiven? Or both? The answer might just mirror the conflicted thought-process of an entire generation. 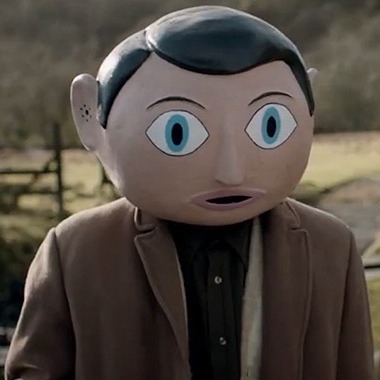 Let’s start back in 2008. As we millennials braced ourselves for a bright, unemployed future, all but resigned to the less-than-minimum wage internships our degrees promised us, a inspiring US Senator from Illinois was elected president, fueled by the exhilarating slogan: ‘Yes We Can.’ He told us that we could follow our dreams, despite a future of economic ambiguity, so long as we subscribed to the audacity of hope. And we wanted to.

This same year, two of the most electrifying and groundbreaking television shows began their tenure on air. Breaking Bad, which pitted the now-infamous Walter White, a poor, cancer-ridden high-school chemistry teacher desperate to leave his family with a little cash, against a potentially lucrative (albeit violent) drug trade. I need not delve further into story details (it’s safe to say, at this point, we are, most of us, familiar), though it is relevant to distinguish Mr. White’s narrative journey as a twisted reaction to the ‘Yes We Can’ mantra. The show advocated that becoming the ideal version of oneself is next to impossible, without forgoing more than a modicum of human decency. ‘Yes We Can’ in essence became ‘Yes, You Can, If You Become A Sociopathic Asshole.’

‘Sons of Anarchy’s’ Jax Teller similarly stakes out a journey to become the model version of himself, though his is a story much more founded in existential crisis. Torn between captaining the increasingly corrupt motorcycle club (gang) his father founded, or leaving it all for a quiet life with his girlfriend, Jax is, like Walter White, faced with the dilemma of either becoming corrupt and protecting those he loves, or giving into a docile life, waiting for sure death. It’s essentially a lose-lose situation in the greater scheme of things, and a scathing response to a society urging us to do anything we love, while simultaneously reminding us of the realities of our expectations.

In 2009, social media powerhouse Twitter (started in ’07) became uber-famous for allowing individual bloggers looking to take their DIY-journalist “occupation” to a more respectable (and in some cases, lucrative) plateau; basically, we could all be journalists, authors, comedians, and reporters, if we wanted to. Yes. We. Can. Meanwhile, in the world beyond our laptop screens, the reality of healthcare reform remained up in the air, and independent bloggers didn’t want swine flu.

2010 saw Eminem’s best selling ‘Recovery’ album outline the personal turmoil and struggle that comes with dreams realized, while in 2011 Justin Bieber reminded sycophantic 13-year-olds to ‘Never Say Never.’ And perhaps the Biebs was right (said in jest…the Biebs is never right), but the overtly optimistic encouragement to take no prisoners in pursuit of our dreams remained as unyielding as ever, encapsulated in 2012 in Obama’s ‘Forward’ campaign. Again, the President assured us that progress was being made, progress, of course, meaning that this ineffable ‘dream’ is still alive. The millennials have a phrase that wholeheartedly embraces the spirit of this progress: YOLO.

You Only Live Once. YOLO. In 2013, this idiom caught fire. It became a millennial proverb; a rallying cry for the unemployed and desperate, whose dogged refusal to pursue a financially practical career resulted in perpetual optimism-induced insanity. And not much has changed in the past year.

Thus far in 2014, Guardians of the Galaxy is the top grossing film, reflecting a cultural fascination and admiration for disenfranchised, criminal misfits who maintain the stubbornness to pursue a powerful space orb – to continue moving forward. On TV, though, top-rated ‘Orange is the New Black’ sheds light on the darker side of the YOLO mantra, suggesting that sticking solely to passion and flights of fancy will lead you to prison.

You only live once. 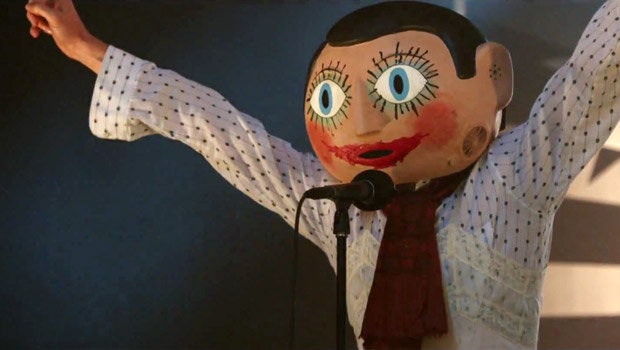 Now. Back to ‘Frank.’ Is his willingness to give people what he thinks they want warranted, or not? Given a cultural climate rife with oxymoronic expectations, his guess is as good as ours. While it’s true that his band mates genuinely believe artistic expression reigns above all else, it’s unfair to deem Frank’s misguided attempt to appease the masses a reflection of a desire to sell out. He’s simply conflicted and lost. Disappointed though the band may be, it must be acknowledged that Frank’s enthusiasm for universal acceptance is as justified as it is radical.

Will is the Co-Founder and CEO of Taken Films. He holds an MFA in Film Production from USC's School of Cinematic Arts. He wrote a book that you haven't read. It's called 'My Blood Feet.'