Posted On October 28, 2014 By Will Goldstein In Movies 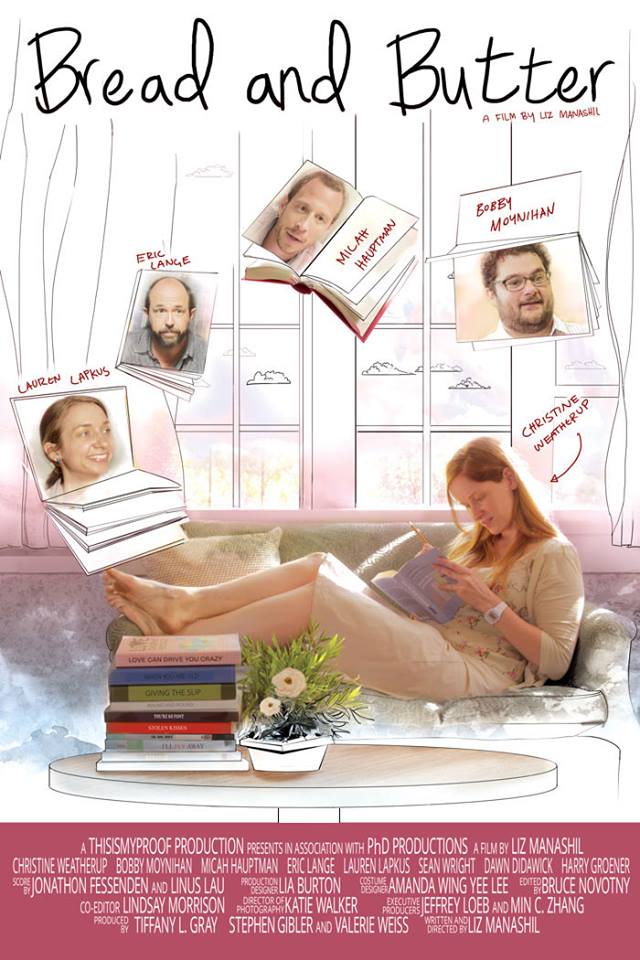 Independent films don’t get the attention they deserve. Sound familiar? It should. Indie directors, producers, writers, and aficionados have been shouting this since the Sundance Film Festival hit the scene back in the late ’70s, with the intention of showcasing and promoting independently made films. Sadly, aside from the few cinematic darlings that are fortunate enough to earn a theatrical release, many great independent work goes unnoticed, while Transformers 11 makes 9 billion dollars and furthers the great reign of vacuous thrills and bad 3D.

Luckily for us, there are filmmakers, who, with increasingly cheap technological resources, are bold enough to keep this misfit dogma alive. One such writer/director is Liz Manashil, who wrote and directed the upcoming, humor-filled Bread and Butter, which tells the story of late bloomer, Amelia (Christine Weatherup), who reluctantly begins a search for a soulmate, and finds a potential in Daniel (Bobby Moynihan of SNL fame), a kind, life-coached introvert.

I had the chance to speak with Ms. Manashil about the filmmaking process.

What was the inspiration for Bread and Butter?

When I graduated USC Film School I had a rough adjustment where I didn’t know what jobs to apply for or what steps to take next. One day, and I can’t quite pinpoint it (thanks a lot technology and lack of memory), I realized that I went to school for three years to make a movie, why not try to do it? I wrote the script for “Bread and Butter” while in screenwriting classes at USC, so I picked it up again and started to polish it in preparation.

The script is inspired by a few concepts that I’ve always been intrigued by – life coaches, marginalia, love and madness, but I also peppered the script with real life events and experiences of myself and my friends.

How did you raise money?

We raised funds via Kickstarter. I am incredibly grateful to our KS family and to Kickstarter itself for existing. This movie would not be possible without Kickstarter.

How long did the production process take?

What are your goals for Bread and Butter?

I have always been obsessed with the independent movement of the 90s and those movies seemed to benefit greatly from the festival world. I know things have changed but one of my goals for this film is to do what I’ve seen my heroes do: a festival run, and to then embark on hybrid distribution. The goal for this film is for as many people to see it as possible. I’m quite proud of our work and I just want to share it.

Will is the Co-Founder and CEO of Taken Films. He holds an MFA in Film Production from USC's School of Cinematic Arts. He wrote a book that you haven't read. It's called 'My Blood Feet.'