9 Years from Boston: An Evening with Augustana

Believe it or not, nine years have passed since a little known five-piece from San Diego burst onto the scene and into the ears of every American with a melancholy, beautiful power-ballad by the name of “Boston.” Seemingly overnight, Augustana – the creation of crooning frontman Dan Layus – found themselves thrust into the mainstream. “Boston” appeared on everything from MTV’s TRL (THAT WAS STILL A THING!) to episodes of Scrubs and One Tree Hill, and was played repeatedly on every major radio station. The song went on to become a RIAA Platinum hit, and Augustana’s major label debut, All the Stars and Boulevards sold well over one million copies. The previously unknown band had become a widely-recognizable entity, headlining tours at big venues all over the country.

But, just as the world has changed a lot since 2005, so has Augustana. After following up All the Stars and Boulevards with the moderately successful Can’t Love, Can’t Hurt in 2008 and a critically acclaimed but commercially under-appreciated self-titled record in 2011, the band eventually decided to part ways. By late 2011, Augustana was a band with one member (Layus) and without a record label. It seemed as though the band’s future was as unclear as one of those trademark foggy mornings in San Diego.

But even without a backing band, Layus vowed to continue to perform under the Augustana moniker, and soon enough, he had signed with Washington Square, and a new album was underway. On April 22nd, Augustana released Life Imitating Life, the first album reflecting the band’s new lineup and direction. I was able to check out the new Augustana last week in Denver. 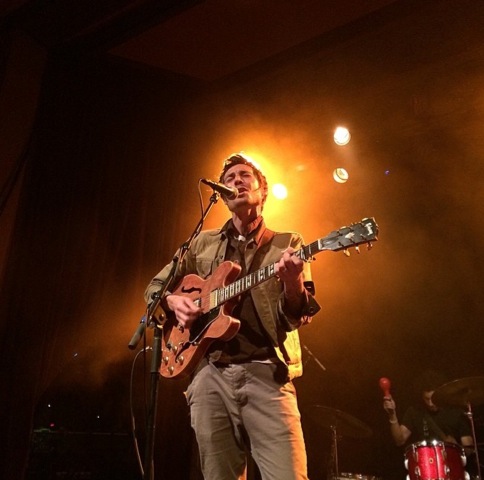 Augustana might not be the kind of big-name draw that the band was in the early 2000s, but the Bluebird Theater in Denver was still filled to maximum capacity to see Layus take on this bold new chapter in his career.

And without a doubt, nobody was disappointed.

Playing with a backing band comprised of three of his buddies, Layus proved that this new Augustana might just be the best version yet. Throughout the evening, Layus and Co played fan favorites from the earlier days (“Stars and Boulevards,” “Fire,” and yes, of course, “Boston”) to please longtime fans, and undoubtedly created some new fans with awesome new tracks like “Remember Me,” “Ash and Ember,” and “According to Plan,” all off of Life Imitating Life. 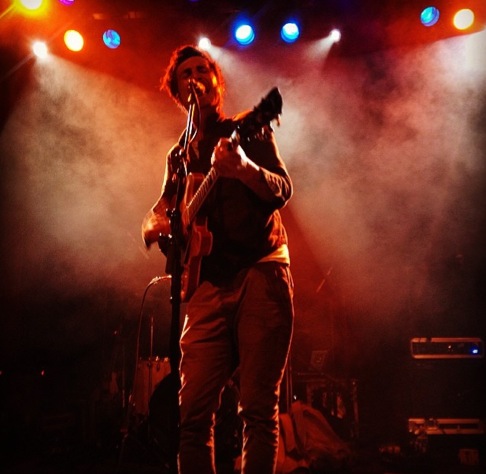 I’ve been to scores of concerts. I’ve seen artists in every genre imaginable. I’ve seen shows from musicians in all walks of life, from struggling newbies to bona-fide A-Listers.

But I have never, ever, seen a band play a set as long and extensive as the one Augustana threw down at the Bluebird. I lost the exact count, but Layus and Friends played well over twenty songs – I think they may have even threatened thirty. And this wasn’t out of a desire to promote the new record – I have also never witnessed a group more absolutely fucking THRILLED to be playing music.

THAT was the theme of the evening – smiles. Dan Layus was so damn HAPPY to be playing that night that you couldn’t help but smile along with him. He and his bandmates were infectious. No matter that they had been packed into a van and driven from Salt Lake City to Denver just a few hours prior to the show. No matter that they hadn’t played many shows together yet. No matter that Layus’ supporting crew had to learn a few of the older songs as they went along. Augustana delivered time and time again, all with a love and enthusiasm that I’ve never seen a band display.

Do yourself a favor and check out Augustana this summer as they tour in support of Life Imitating Life. Trust me, you’ll leave feeling much better than when you arrived.

And of course, check out the album on iTunes! But first, take a listen to the first single, “Ash and Ember,” below: