Posted On October 8, 2014 By Keegan Boisson-Yates In Music, Music Musings 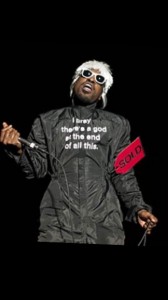 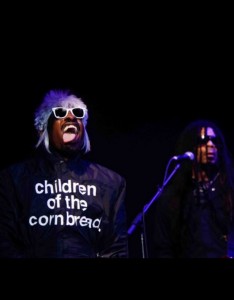 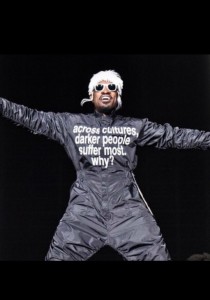 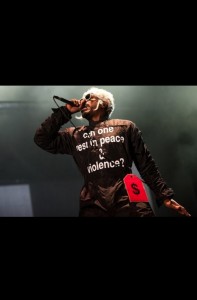 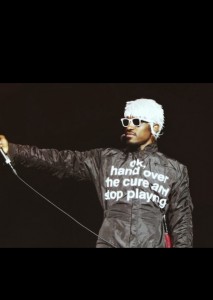 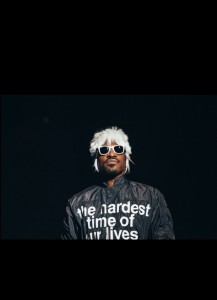 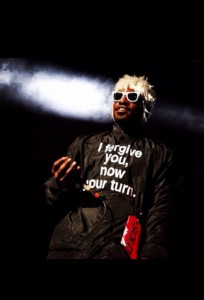 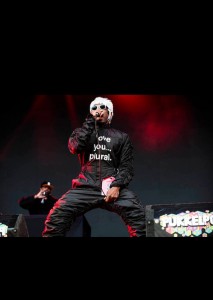 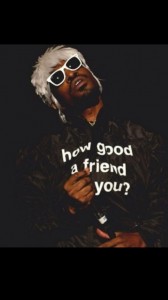 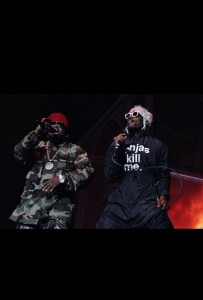 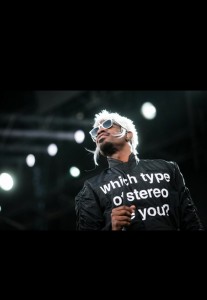 Ahem, ahem! Listen up! It’s been awhile since anyone shed some light on some of the celebrities leading the culture. Whether good or bad, the celebrities are the ones showing most of the population how to dress and how to dance and how to talk. They have the loudest voices and while many of them use it to compete in the “Who can be more outlandish for views?” competition; some of them actually use it to inspire deeper thinking or activate action.

The list of celebrities putting the weight of their name on a hefty cause goes on for a year and to list them all would be pointless, their names are literally everywhere. I have come to turn your attention to someone specific whose shouts may have gone over the heads of this distracted generation.

He is a smooth, gangster gentleman who can make anything out of his mouth sound cool, he is a raw-mouthed southerner with soul as he hails From Atlanta and his name is Andre Benjamin. The pop culture knows him as Andre 3000 aka 3 stacks but you could call him Cupid Valentino, Possum Aloysius Jenkins, Love Pusher, Johnny Vulture, Funk Crusader, Sunny Bridges, Downtown Funky Stuff Malone or Dre.

Outkast, which is the musical group that Andre 3K gained popularity from, went on a reunion tour this year. The duo hit 40 festivals over the summer and with their unique southern flare, live band and cool charm they brought the house down at each stop. Kanye West said in an interview that rappers today are the new rock-stars and this was ever more prevalent during the festival season. Show after show, venue after venue, the hip hop performance was always the biggest, loudest and flashiest. These are facts, not just bias from an avid hip hop head; anyone who is still in disbelief can do their own research and see the numbers that hip hop shows did compared to other genres. That being said, of all the loud talk that these rock-stars have been doing over the year; one of the loudest voices came surprisingly from the aforementioned 3K. I say surprisingly because for those of you who don’t know, Outkast has not been on tour in many many years and even when they were last on tour, it was shrouded in drama because Andre 3000 is notorious in the music industry for shying away from the limelight and being reluctant to perform.

He even apologized to his partner in his verse of Sorry by T.I.

So it is not with exaggeration that I say that the first time I realized what Andre 3000 was up to this year, my jaw dropped and I have not been able to pick it up since. Even the 60 year old lady who I met in the crowd seemed shocked; her dentures almost fell out of her mouth. To anyone who has been paying attention to the way things have been swaying in the pop culture sphere you begin to notice that there is tension. More and more people are using their voice to express disappointment with our generation aimed at the creativity levels, the involvement levels and the awareness levels. It isn’t hard to tell that we are a generally distracted generation.

This year, at just about every festival, Andre 3000 gave his rock-star-esque performance donning an all black jumpsuit with a different statement of social commentary across the front. Each statement had a different meaning, ranging from political to racial to social to personal; each one intended to be a bit ominous, each one intended to be plenty original. He knew he would be on the biggest stage he could be, he knew the world would be watching the Outkast reunion tour; he knew the time was ripe. The culture needed to be jolted, people needed to start paying attention; and Andre had a lot to say.

And the commentary begins.

Forget the future! The time is now!

X usually symbolizes a target. Andre is saying that all eyes should be on him. Also, the white X on the black jumpsuit was cool.

Notice the use of the word pray as opposed to hope, there is irony in this statement because if you pray that means you believe there is a god, yet… what if there isn’t.

Simply put, life really is short. Light some incense and relax in the tub now and again, you probably deserve it.

“Children of the cornbread”

Cornbread is a staple of the Southern diet. Andre and all of his brothers and many of his fans are from the south and were raised eating a lot of cornbread. The wordplay, when considering the popular movie “Children of the Korn” sounds like Andre is trying to grab the attention of a young southern army, he is giving them an identity.

“I’ve never been to Afrika”

Andre is stating his displeasure and confusion with being called African-American. The majority of black people living in America feel like the fact that they aren’t just called Americans is an injustice. At the end of the day they are all humans, born in America, why create a divide?

“Sorry I forgot to call you back”

Sometimes this life gets out of hand, and we focus our priorities on material or selfish goals and many times the result is someone getting hurt or left behind, sorry.

We are all blind to the changing tides, we are an oblivious generation and the people in charge are aware of this.

“How good a friend are you?”

Are you rich? Cool. Are you famous? Cool. Do you show love and care to your friends and those around you? Reevaluate what is important. An expensive casket means nothing to an empty funeral.

“Big girls are beautiful to me”

What’s with the physical self hatred? Stop it.

Andre adds these to show that at the end of the day he is still human and quirky just as the rest of us. Also, fruit snacks are delicious.

People of Atlanta are known to have very rough southern accents; it is why their music sounds so tough. In this scenario, Andre is curious about your menstrual cycle. Andre wants to see you tonight.

“Across cultures, darker people suffer most. Why?”

Anywhere you look, in any part of the world, the darker the skins color the harsher the suffering. This has been a recurring theme throughout history. Even in African and Asian cultures where the majority of people are of a darker tone, the ones with the darkest skin are at the bottom of the chain. It has gotten to the point where many dark skinned people have taken to bathing with soaps and creams that lighten the skin. Andre 3000 wants answers to this.

“Ok, hand over the cure and stop playing.”

There is so much money to be made from curing diseases. The current healthcare situation in the United States is out of hand. The cost of staying in hospitals and getting medicine is making some people very wealthy. Why would they hand over the cures and lose billions of dollars? They need to stop playing around, we are sick.

Is this really creative? Or is it just outrageous? Will this be good in ten years? Or will it blow away as easily as gas in the wind.

Close your laptops put away your tablets and turn off your phones. Look up, life is all around us and it is happening quickly.

Everything. Even life itself.

Ninjas is a popular word that people use in place of the taboo Ni$$a. No matter however, the association is ever apparent and Andre 3000 is referring to how many black people are holding themselves and others back, and they do it all for laughs and views… Ha. Ha.

Then inhale, exhale and laugh. It’s not all bad.

Ummm, I’ll leave this one open-ended.

I love old people too. They smell great. We should respect them more, and do a better job taking care of them.

“Loners get lonely too”

We just want someone to understand!

When is the next party? How many likes did I get? You think she talks about me? None of it matters. There is a whole world to be changed.

“The hardest time of our lives”

Things aren’t getting any easier and it’s time to realize that.

“My dad had cooler albums”

A woman with red hair is considered very desirous in the rock-star, rap-star life style. I am not sure the origins of this but everyone wants a redhead. Andre is no different.

This is a play on words of a famous phrase and interestingly this one while sounding similar, means the opposite. As a culture we are doing nothing, there is no action being taken against the things that we find unfair or unjust. We complain, yet, we are still.

“I love you… Plural”

Again Andre references romance as a celebrity and as a young male in general. He loves you, he does but he also loves her… and her.

“Which type of stereo are you?”

Do not let yourself be categorized.

“Can one rest in peace & violence?”

This is just good life advice in general.

“I forgive you, now your turn.”

As if the Outkast reunion itself wasn’t a big enough statement for us all to pay attention to, Andre gave us these simple statements to ponder. I hope one day to see Andre 3000 in the White House; until then I hope he continues to send us messages. The time is right. Pay attention.