Posted On January 11, 2016 By Cat Hausler In Buzzworthy, Music, Shows, The Scene

A hush fell right around 9:05 p.m. on night one of Decadence 2015 at the Spaceport stage. The anticipation in the air was palpable as eager ravers looked from the people in their groups to the stage, waiting. With the initial sound from the first song JackÜ played, came a roar that echoed through the massive hall on the top floor of the Colorado Convention Center. From that moment on, the set was a party.

Heavyweight producers Skrillex and Diplo, who came together to form their massive side project JackÜ, jumped onto stage with an intense energy that spanned their entire set. Interacting often with the crowd, the duo played an upbeat performance that hit on a number of genres. JackÜ did a great job of blending songs off their EP with other popular trap, rap and house tracks and actually dropped their mega hit with Justin Bieber, “Where Are U Now,” more than once. Skrillex and Diplo packed the Spaceport area, commanding control of the immense crowd from start to finish. It’s a set I’ll never forget. 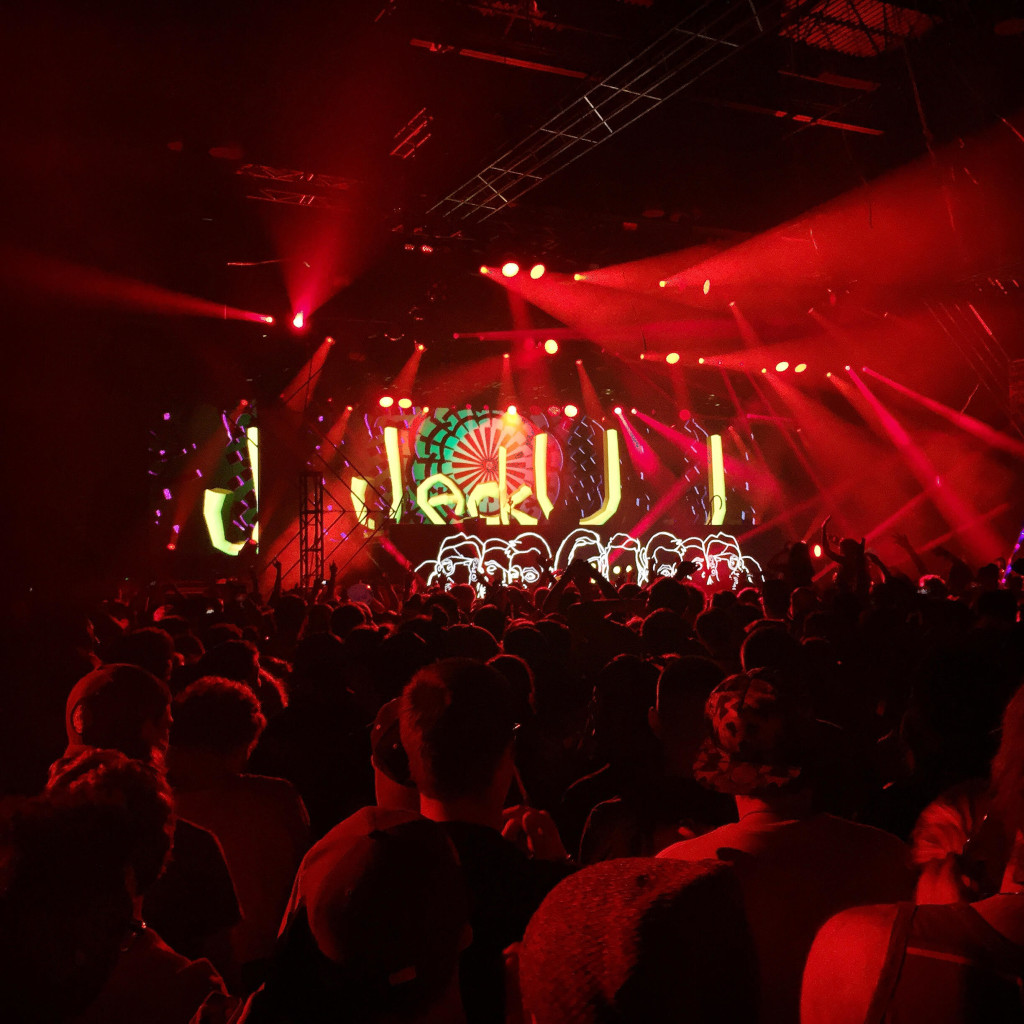 Another standout performance from night one was Galantis. The Swedish duo also owned the stage from the second they walked out to their hit “Runaway (U &I)”. The shared experience and knowledge of members Christian Karlsson (the brains behind Britney Spear’s hit “Toxic” and one third of Miike Snow) and Linus Elkow (co-writer and producer of Icona Pop’s smash, “I Love it”) was evident. The pair seamlessly flowed from progressive house to rap to pop to deep house, while keeping the crowd engaged. Another thing that struck me once again about Galantis (I’d previously seen them at EDC in Las Vegas over the summer) is how musical and emotional some of their personal work is. The pair played a good amount of songs from their debut album “Pharmacy” and it was evident that they feel a deep connection to each of their tracks.

Night two was a musical success as well. The first act that I saw that left me in awe was Odesza. A totally different sound than many of the big room/progressive house sets that you’ll find at an event like Decadence, Odezsa played a set that was relatively mellow and yet full of energy and emotion. The Seattle-based duo perfectly paired their unique sound of haunting vocals and heavy beats with stunning visuals of the night sky and sweeping landscapes. City Hall, the stage that housed Odesza for the night, was also very well done this year. Hanging shapes that faded from light blues to neon oranges and back again, accented the simple layout of the stage with multiple screens that hung along each side.

Another epic Decadence in Denver.

The set that stole both nights however, was that of veteran dance music legend Deadmau5. I saw Deadmau5 for the first time about two and a half years ago at Hakassan in Las Vegas and was honestly, underwhelmed. Essentially, he’d gotten on stage, obviously drunk, and played a set that he was clearly not connected to at all and wore the mouse head for about a minute so as to fill his contract. So going into last Thursday’s set, I had low expectations. But I was so happy to be proven wrong. Again, the anticipation of the crowd was high before the set and Deadmua5 met that elevated energy from beginning to end. The producer stayed true to his sound, playing very few vocals or mainstream EDM favorites, but he played a lot of his hits (including Ghosts N Stuff). Though the performance wasn’t totally bass and synth-driven, it was high-energy and kept the crowd engaged and begging for more after the last song was played. My hat goes off to Deadmau5 and I’ll never say a negative thing about the producer again.

Outside of the massive lineup this year, I thought Decadence was very well done. The decorations, lights, setup, etc. were tasteful and things seemed to be more efficient than ever. I loved the silent disco garden. My friends and I often snuck off there in between sets. Each silent disco-goer was given a set of headphones and they could choose between three different stations of live DJs to dance to. The station you picked was set with a color, so you could see who was grooving along to the same track as you. It was wild amounts of fun.

My third year of Decadence in the books, I would urge anyone to look into going next year. After this year’s huge lineup and other string of successes, I’m sure things will continue to get better and better for this massive New Years event.