Posted On August 22, 2016 By Cat Hausler In Artist Interviews, Music

It’s quarter to seven on a Saturday night in the heat of summer in Denver. I’ve given myself plenty of time to find parking downtown, but a spot is evading me. I finally find a place to park, sweating a little, both from the heat and from worrying that I’ll be late. I race across a couple busy streets, but make it into the lobby of a swanky LoDo hotel a few minutes before seven. Again, I’ve cut it a little close, but I’m beyond excited to do my first interview with a female producer – the wildly talented and beautiful Jack Novak.

Hailing from Chicago, Jack has been on her own since the age of 15. Jack was drawn to the dance music scene in her teens and immersed herself in Chicago’s underground rave culture before eventually moving to LA to pursue a music career herself. It took years of hard work, but Jack ultimately caught the eye of some of EDM’s biggest names. Now, with plenty of successful original music and a touring schedule that rivals any of dance music’s most popular producers, Jack is at the top of her game and will only continue to get better.

I knock on the hotel room door and am greeted by what may be the most beautiful woman I’ve ever seen in person. Jack is a real-life Disney princess (impeccable bone structure, flowing hair, a glowing smile), but with a badass edge that makes her a Boss. Immediately, I feel at ease as she asks me what outfit she should wear for the night. After the wardrobe decision is made, we sit and chat before her set at Global Dance Festival at Red Rocks. Jack is intensely passionate about everything we talk about and she gives me honest and thoughtful answers. 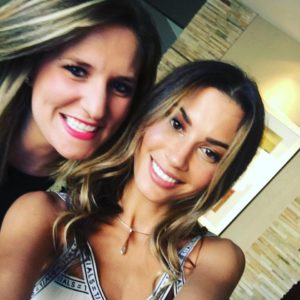 Cat: I know that you’re from Chicago and were attracted to the dance music scene there at a young age. Can you tell me about how you made the transition from dance music fan to actually producing and DJing yourself?
Jack Novak: I mean, I guess music is all I really ever knew. That was always my go to if I was having a great day or if I was having a terrible day. Music, I’ve just been drawn to and playing, whether it was piano, the flute or guitar, since I was a kid. I’ve been on my own since I was 15 years old and being on your own at that age, without any guidance, I really had no idea what I wanted to do. I was just out there surviving. As I got a little bit older, I realized that music was what I was good at. Music is what I was supposed to be doing. I always knew I’d do something creative. Once I decided to full on do music, it was like a big weight was lifted off my shoulders.

Cat: Would you say the Chicago dance scene that you grew up with is prevalent in your music now?

Jack Novak: Oh yeah, absolutely! Especially, like I said, being on my own when I was really young, I was looking for my tribe. I was looking to connect with people and the first rave I ever went to, there was a real sense of family there. Being impressionable and young, it had a huge impact on me. Such amazing dance music has come out of the scene in Chicago. Inevitably, being around that has had a huge impact on the music that I dig, the music that I make, all that.

Cat: I know you play a lot different types of music – is there something you’d classify yourself as? Or something you’re trying to convey in your song?

Jack Novak: I just draw inspiration from everything. It really depends on the mood that I’m in, the type of song that I’m gonna make. But I think the minute that you put yourself in a box of, “I need to go in the studio and make this type of song,” you’re gonna limit yourself so much. I refuse to put myself in a box. I just make the music that I love.

Cat: Are there any particular artists that have shaped your sound?

Jack Novak: No. I’m just kind of doing my own thing. There are so many amazing artists out there that I’m really enjoying the music of. I really dig this dude that we’re listening to right now, his name is Pouya. I dig him and that scene that he’s involved in. I like what Jauz is doing. I like a lot of the bass music, but I’m a big fan of melody too. Again, you’ll never see me put myself in a box. It just goes against the grain of myself.

Cat: Let’s talk about your music. Your recent single, “Oceans” with tyDi feat. Greyson Chance has seen huge success. Can you tell me the story behind that song?

Jack Novak: Tydi had reached out to do a session with me and work with me and I showed up at the session, not really knowing that much about Greyson. I didn’t even know he was going to be there. Tydi just said, “I’ve got a great songwriter.” We got there, met Grayson, hit it off, we clicked right away and we wrote that song in one day.

Cat:  Your remix of the X Ambassadors’ hit “Unsteady” has also been very popular. What was it about that song that made you want to remix it?

Jack Novak: I just heard the song and I’m always drawn to really honest vocals. I like a good pop vocal, but I think the ones that have always stayed with me are the ones that you really believe what they’re saying. I think the lyrics to that song are really honest and true. So that’s probably the first thing that attracted me.

Cat: You’ve worked with some pretty big name artists recently, but is there anyone you’re dying to collaborate/work with?

Jack Novak: I guess if I had my pick, anybody in the whole world, I’d probably work with Rihanna.

Cat:  You’ve been touring pretty much non-stop for months now, hitting huge events and venues like Hangout Fest, Lavo and Create – is there a show or venue that stood out to you?

Jack Novak: I would say all the Lollapaloozas – Chicago, Brazil, Argentina, Chile. Chicago was obviously really special because that’s my hometown. To have friends and family there, that was really awesome. It’s just an unbelievable festival. But Hangout was unbelievable too. I would say it’s a tie between those two.

Cat: You’re playing the legendary Tomorrowland festival in Belgium in a few weeks. How are you feeling about that?

Jack Novak: I’m feeling hyped up, I’m feeling unbelievable about it. It’s a dream come true. I’ve always wanted to play Tomorrowland and I never thought I’d get the chance to do it because I never saw single women getting booked for that festival. I’d see Krewella, I’d see Nervo, but I would not see any single girls. So I thought I’d never book Tomorrowland because it wasn’t the status quo to book someone like me. But Im really excited, I’m bringing a special guest out that’s also a woman. I’m just excited to play that stage, I’m excited to share my music, my light, my energy with people from all over the world. It’s a great honor to do it. I just can’t wait.

Cat: What can you tell me about the set you’ll play tonight? How are you feeling about playing Red Rocks?

Jack Novak: I’m playing a ton of new music tonight actually. Everybody has always told me that I have to play Red Rocks and I’ve never even been there. I don’t even know what it looks like *she laughs*. It’s gonna be a surprise, I’m sure, when I walk in.

I’m really excited to play here. I love Denver. My last show in Denver was at Beta and was sold out. It was really fun. And when I played Skylab last year, I’d never been to Denver before. I had no idea what the scene was like, what the vibe was like. But I realized quickly that these people LOVE dance music. They know their music and they love their music. I always like to play new stuff, but I challenged myself for the show tonight because I feel like it’s the type of crowd that’s open to it.

Cat:  2016 has been good to you so far. What will the world be seeing from you in upcoming months?

Jack Novak: I’m about to announce a tour, a 19 day tour. Then there’s the music. The music, I’m SO excited about! I have a track that’s coming out that I actually do vocals on and I’m not a singer. I’m not trying to be a singer, it just so happened that it worked out that I sang on this one. I’m stoked to put that out. I’m stoked to put out a lot of the unreleased music that I’ll be playing tonight. More content, more videos, traveling, spending a lot more time in Asia, getting back to South America… A lot of news that I have to keep under wraps right now, but it’s on the horizon.

But I think it’s just a daily reminder that hard work pays off. I can say to anybody reading this article, I didn’t make a dollar for years. It just took believing in myself and you have your ups and your downs, but I’m glad that I stuck with it because now I feel really blessed and honored to do what I do.

Jack’s Global set was my favorite of the weekend by far. She effortlessly mixed original music with crowd favorites from numerous genres while keeping the audience pumped. She bounced around the stage the whole time and her high energy was contagious. At one point, she was going so hard, she broke one of her head phones. It was amazing. Do yourself a favor and go see Jack Novak ASAP!