Posted On August 31, 2014 By Hunter Simmons In Buzzworthy, The Scene

Generation Y: The Good, the Bad, and the Ugly

It’s easy to lament the trends and fads of today’s teenagers. Hell, even as a 23 year-old, I find myself starting many complaints with, “Back when I was your age…” Every generation loves to think that they are God’s gift to mankind, but they come with their own set of what-the-hell-is-wrong-with-you-type problems. Let’s take a look at how Generation Y, as they call it, stacks up.

The Good: Ingenuity and Determination 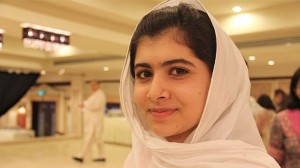 Teens today are doing some remarkable things at unprecedented rates. Just look at Malala Yousafzai’s crusade for women’s rights in education. Aside from garnering international acclaim, Malala has opened up a lot of eyes towards some of the maladies of the warfare-infested areas of the world.

Do you know who Jaylen Bledsoe is? Neither did I. When Jaylen was 13 years old, he started his own tech company. Last year, when he turned 15, his tech company was worth $3.5 million. I can’t imagine how it would feel to strut around my high school with that kind of value, knowing I could make it rain at any given moment. When I was 13, I was more content plopping on the couch and playing Crash Bandicoot for hours on end.

One more for you: Sara Volz. Sara is your average teenager, who uses her free time creating her own biofuel lab in her bedroom. Not even kidding here: Sarah was able to make biofuels more cost effective by discovering a way to extract natural oils from algae. I don’t even know what half of those things are or what they are meant for, but this kid just goes home and runs labs in her house. I feel shamed.

The Bad: Drug Use 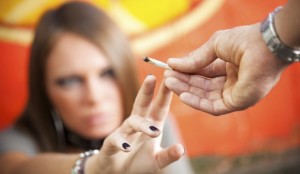 It’s hard to know what to make of a fact like that. Parents and members of the baby-boomer generation would be quick to lament such a statistic and might blame popular culture for the references to these drugs that are often seen. Or, is this just a sign of a changing culture? Legislation of marijuana in the United States has been a hot topic as of late, with Colorado leading the legalization charge. It’s difficult to know what the landscape will look like in five or ten years, and I’m not here to debate pot legalization, but I do question the message it sends to youths today. 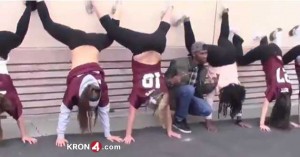 Ah twerking, if there was any dance that symbolized modern teenager angst-outpouring, it would be the twerk. (As I write this, I’m a tad disappointed that Microsoft Word hasn’t ID’d “twerk” as a word yet.)

Let’s not kid ourselves: twerking is one of the most bizarre forms of bodily gyration that we have seen in the history of dance. According to venerable sources (ahem, Wikipedia), twerking gained a lot of momentum in the 90s and continued to gain popularity in the new millennium. Now we can’t watch any major music award show without some name-brand “artist” twerking for all the world to see. Twerking is what it is, and just like anomalous Soulja Boy dance grooves, will probably drop out of popularity in no time.