Posted On May 2, 2014 By Renée Rapin In Buzzworthy, The Scene

About 25 cats were found hanging from some trees in a suburb of New York, many had been dead for the past year. Many of the cats were found with their heads smashed in, in a very disturbing and violent display.

Investigators do not have any leads yet as the animals’ times of death vary from years to 3 days. I know this is a pretty morbid WTF story but it’s pretty strange. Someone must really not like cats. I’m not sure of the reason for hanging them from trees. According to authorities, there is a large number of wild cats in the area and many people have set up feeding stations. It’s speculated the cats were killed and placed in the trees to taunt the people who feed them. Or maybe it’s some twisted person’s way of standing up for the birds. People sure do have issues.

The killer better watch their back for this guy.

This one’s pretty good. So you know when you’re driving along the freeway, happily singing a long to One Direction, and all of a sudden traffic comes to a halt. You throw a few curse words out and hope there’s a good reason for the traffic. Nothing frustrates me more than finding out traffic was stopped because two cars involved in a bumper to bumper are pulled on THE SIDE of the road. WHY DOES EVERYONE HAVE TO STOP AND STARE OMG. So imagine this exact scenario but only when you reach the cause of the traffic, you find a man stopping everyone because he lost his dentures. Yes, this actually happened. In Spain, specifically on Madrid’s busiest highway, a man on a motorcycle apparently sneezed and out popped his false teeth. There is no report how long traffic was stopped but I’m guessing it was quite awhile if it made the news. No word yet if the man found his teeth.

Three dead blue whales are currently floating on the coast of Canada and residents aren’t sure what to do about it. First off, I thought blue whales were extinct so this is a big shock to me. Scientists are fearing two possible scenarios with these 60-ton creatures. One theory concerns the heat and gases trapped inside the whale that are creating an increase of methane gas which can lead to a pretty big, nasty explosion. Jack Lawson, a scientist with Canada’s Department of Fisheries and Oceans, believes this is highly unlikely but he fears people will fall inside the corpses. 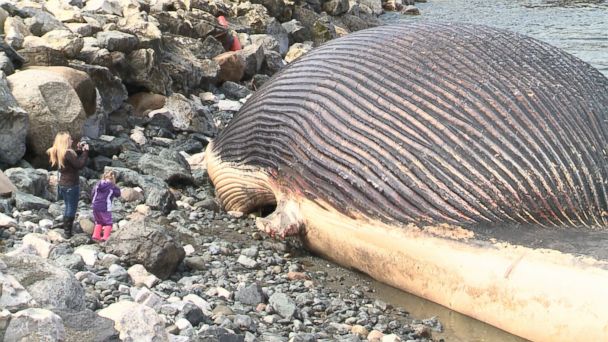 Lawson states, “The whale skin is starting to lose its integrity and if someone were to walk along, say, the chin–that is full of all that gas–they could fall in the whale…retrieving them would be very difficult.”  I’m not really sure why he thinks people are going to be walking on these dead whales but, okay. Whether or not these theories are true, there is one issue that definitely needs dealing with. The rotting whales are creating a very stinky problem for the Canadian communities as well as the tourists. “…we don’t want a dead whale as an attraction,” a restaurant owner explains. Oh, Canada. Officials are saying it is the town’s responsibility to remove the whales but they do not want to deal with them due to lack of resources and I guess just being Canadian. That stinks.

You know, for once I really would like to have a WTF report without any news coming from Florida. But they just can’t seem to pull it together. This week, a man on trial for a burglary was allowed to take a cigarette break. However, he decided to make a great decision and knock out an old woman in the parking lot and steal her car. The man didn’t get very far. He took police on a 23 mile highway chase and soon crashed into a ditch. When questioned as to why he did it, he simply stated that he “wasn’t ready to go to prison.” Well, good job man. Now you’ve increased the number of charges you will face and probably spend even more time in prison. Guess you better get ready!