Breaking Down the ALDS and NLDS Matchups

After 162 grueling games (163 for the Royals and Giants), we are down to the MLB’s final eight teams. Our remaining eight contestants now face off in a best-of-5 series in the League Division Series to advance to the League Championship Series. So who gets through to be one of the final four contenders for this year’s World Series? Here are my thoughts.

The Royals are fresh off an exhilarating extra-innings win against the Oakland Athletics in the Wild Card play-in game, and they’re riding a lot of momentum, going 43-27 after the All Star Break. The boys from Kansas City are a nice story, what with the whole making the playoffs for the first time in THREE FREAKIN’ DECADES thing, but unfortunately, they now have to go against the Angels, who sport the best record in the MLB. The Angels have scored more runs than anybody in the bigs, and boast a solid pitching staff, even with the loss of staff ace Garrett Richards in August. As much as everyone would love to see the feel-good story of the underdogs winning here, I just don’t think the Royals have the firepower to compete with the a juggernaut like Los Angeles. 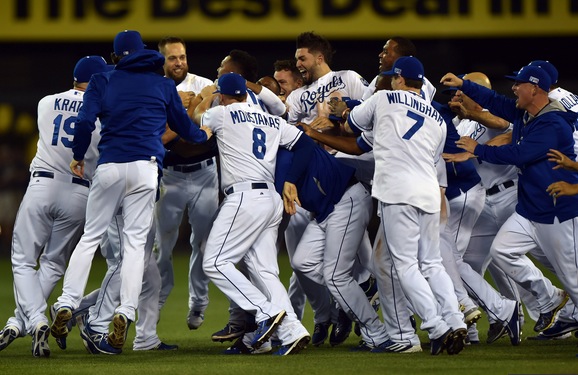 Sorry, Cinderella. The Royals will be no match for the Angels.

The Tigers, even with their ridiculous pitching staff, are absolutely an offense-first club, ranking first or second in all major offensive categories. The Orioles, meanwhile, are a balanced team, ranking near the top of the league in both pitching and offense. However, for as up-and-down as the Tigers arms have been this year (see: Justin Verlander’s mediocre ERA), they built this rotation to win in the playoffs. While Baltimore does have the benefit of home field advantage (which matters far less in baseball than most sports, in my opinion), I think that the Tigers’ trio of Cy Young winners will prove to be too much. In any case, this should be a hard-fought, entertaining series between two excellent teams. 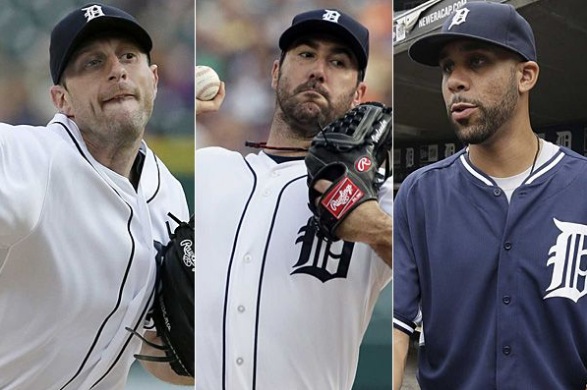 It’s hard to have a better 1-2-3 punch than Scherzer, Verlander, and Price.

We all know that Bruce Bochy’s Giants have been here before. With two World Series Championships in the last four years, the Giants certainly have the championship pedigree and won’t be distracted by the heightened stakes of playoff baseball. Per usual, the Giants’ strength is their pitching, led by ace Madison Bumgarner who was absolutely electric in a complete game shutout of the Pirates in the Wild Card opener. However, the Nats are a team that is also predicated on pitching, featuring dynamic pitchers in Stephen Strasburg, Doug Fister, Tanner Roark, and Jordan Zimmerman – all of whom boast absurd ERAs under 3.15. Expect this series to be full of low-scoring pitching duels, but in the end, I think the Nats have just enough offense to edge the Giants. 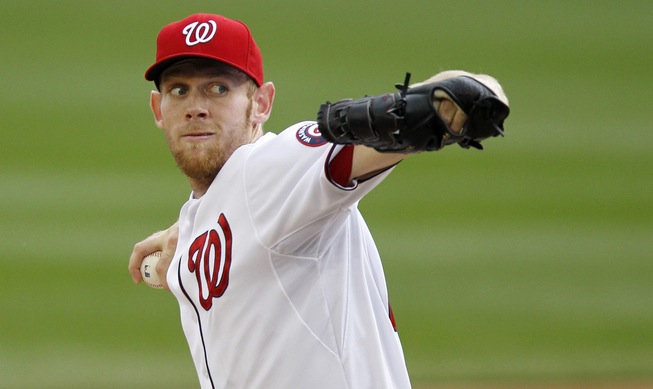 Can Stephen Strasburg and Co. live up to the hype in the postseason?

The Cardinals have struggled to hit at times this year, but boast a dynamic pitching corps, led by the always-impressive Adam Wainwright. However, the Cardinals mediocre offense has a big problem heading into this series: they have a lot of left-handed batters. And oh, they have to face two of the best lefty pitchers in the bigs in Hyun-Jin Ryu and oh, some guy named Clayton Kershaw (who should absolutely be NL MVP). This isn’t to say the Cards CAN’T win this series, as their pitching will keep them in every game, but the Dodgers simply have too many dominant pitchers…and a better offense. 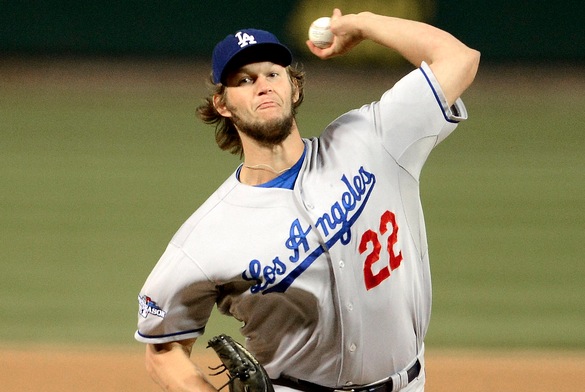 Would you ever bet against Clayton Kershaw? Cause I wouldn’t.