Directing the Blame for the NFL Painkillers Lawsuit Where it Belongs

Former NFL players are a mess.

Whether their plight is due to too many concussions, poor financial choices (2 years after retirement, an absurd 78% of NFL retirees are bankrupt or in debt), or now, painkiller addictions, the NFL stars of yesterday seem destined to spend their elderly years in poor physical, mental, and financial health.

This week, it came to light that a group of eight former NFL players are suing the NFL, alleging that the league “illegally supplied them with risky narcotics and other painkillers that numbed their injuries for games and led to medical complications down the road.” The players describe in detail how, during their careers, they were routinely injected with unapproved drugs – oftentimes drugs with debilitating side effects – for the sole purpose of helping them manage injuries well enough that they could suit up every Sunday. Without a doubt, the NFL’s past is replete with stories that demonstrate a cold lack of concern for player safety, well documented by the much-discussed concussion lawsuit that settled last year. And while the NFL, on all levels, from owners to trainers to coaches and everything in between, has to take some blame for these horror stories, the public is too quick to point the finger at the big, evil NFL, and overlook the people who are really to blame – the players themselves. 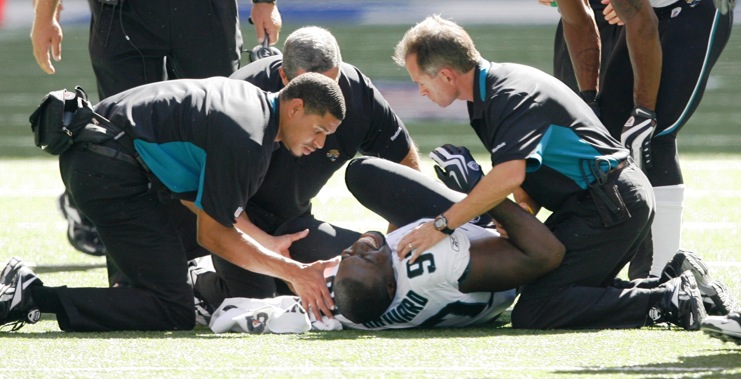 This may sound insensitive, but it’s time to cut the bullshit. The primary perpetrators in this tale are also the primary victims. The NFL’s former players have nobody but themselves to blame for their old-age traumas, they simply grow old and regret their stupidity and need something at which to point their arthritic fingers.

Football, at all levels, from Pop Warner to the National Football League, is marked by a hyper-masculine warrior culture. There is no room for softness, for weakness. I played football for the better part of 10 years. Even as an elementary-schooler, I was made acutely aware of the difference between being hurt and injured. If you’re hurt, you’d better shake it the fuck off and get back on the field. When you’re injured, really, truly injured, you simply cannot play the game. You have a broken ankle, or a fractured collarbone, or you blacked out on the field. THAT is when you’re injured. Anything less, and you should stay in the game. You can play hurt. You should play hurt. If you want to keep your starting spot, you WILL play hurt.

Every football player is aware of the risks of the game, now more than ever. Even as a high school athlete, I knew damn well that I could tear my ACL with a poorly-timed cut move. I knew every time I caught a pass over the middle that some safety could knock me the hell out. I knew every time I made a tackle on a dude twice my size that I’d better have good form, or he could snap my freaking neck. I was aware of the risks, and I played anyway. I loved the game anyway. The inherent risks that exist in football make it a more exciting sport – to play and to watch. I played football for the love of the game, for the rush, for the thrill, for the love of going into battle with my teammates. I played football, and love football, despite knowing that I could get severely injured at any given time.

In the NFL, the reasons to take the risks are so much greater. Without a doubt, most of the men in the League grew up with a similar love of the game, but with a major added bonus that I was not talented enough to have: the chance to make the game you love into a career, and a very profitable career at that. For the chance to play a game for a living and make a HELL of a lot of Benjamins doing so, NFL players willingly subject themselves to the sport’s greatest risks: 6-foot, 225-pound safeties that run a 4.4-second 40 yard dash, 330 pound mountains of linemen, and running backs that can knock grown men out with their thighs. But make no mistake, these men do not think twice about the risks while they’re pulling in a few million dollars per season. The risks are worth the rewards. 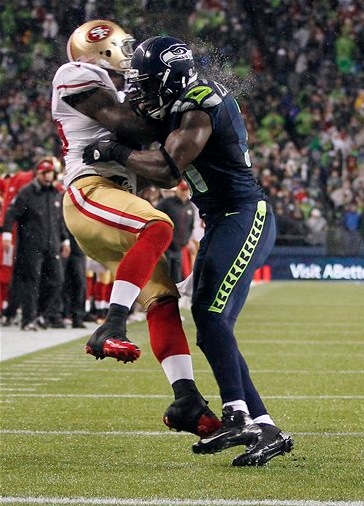 It’s certainly worth mentioning that this sort of thinking is a lot different at 25 than it is at 65 for most athletes, but it’s ridiculous to value the words of men 40 years after the fact more than their words at the time in question. Just over three years ago, when the concussion issue was front and center, ESPN conducted a survey of thousands of high school football players, coaches, trainers, and parents about concussion safety. To the question “Is a good chance of playing in the NFL worth a decent chance of permanent brain damage?” 44.7% of high school football players responded yes, compared to only 44% of parents, coaches, and trainers…combined. Indeed, these older figures, in the midst of middle age, can more readily recognize the deleterious effects that a lifetime of beatings can produce.

But the NFL isn’t filled with educated 45 and 50-year olds; the league is made out of rich young men who don’t want the rollercoaster ride of riches and fame to stop. At 25, they don’t give a fuck about concussions. At 25, they’ll do whatever it takes to play on Sunday and get the paycheck that allows them to lead the life of champagne-popping and “making it rain” to which they’ve become so accustomed. And that brings us to the painkillers, which are, if nothing else, the means by which these players can play badly hurt.

True, the players may not have known all the risks associated with these drugs that the trainers administered to them. But let’s not be naive enough to think that the drugs weren’t administered without the explicit permission of the athletes. Do you think that in the prime of their playing careers these men actually gave a shit what exactly was in the drugs they were being given? I do not. I’ve been a football player. I’ve felt the need to get back on the field and help my team. And that, coupled with the incentive of a hundred-thousand dollar paycheck, would be plenty of incentive to shout “Give me whatever the fuck it takes to get me on the field this Sunday!”

The realities are harsh, and the facts are disturbing. But no matter how crippled, debilitated, and downright regretful former athletes are at sixty, we must keep in mind that they did not think the same way at 25. It’s easy to cry victim as an old crippled man, but it’s just as easy to ask the trainer what is going into your body at 25.

The sad reality is that most NFL players never ask that question. And for that, they have nobody to blame but the men in the mirror.