Posted On March 27, 2014 By Ascher Robbins In Sports, Sports Takes

Madness has transpired, the dust has cleared, and we’re left with sixteen contenders for one trophy. Here’s how I see the next two days playing out. Feel free to give me hell in the comment section when I get only one or two of these correct. Here goes:

The Flyers are 3.5 point underdogs here, but no matter: Dayton will beat Stanford today. The Cardinal did beat Kansas…but that was without the Jayhawks star big man Joel Embiid on the court. Meanwhile, the Flyers have dispatched two very good, full-strength teams in Ohio State and Syracuse. If you think the Flyers are inferior to the Cardinal, consider this: Dayton sports an 11-7 record against top-100 competition, while Stanford is only 9-11 in such games. The Flyers are the better team, and it will show on the court. Dayton goes to the Elite Eight. 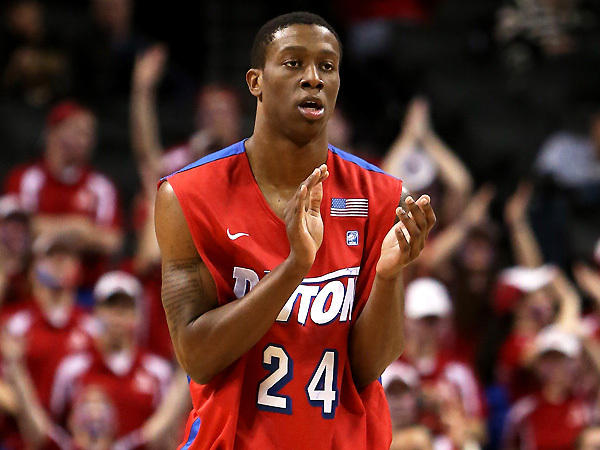 Jordan Sibert and Dayton will survive and advance.

Okay, I’m guilty. I had Wisconsin losing to Oregon in the Round of 32…and that looked like a really good pick for 20 minutes. But then the Badgers battled back and toppled the Ducks. Nonetheless, I still don’t believe in Wisconsin. Baylor is peaking at the right time and is looking like a straight-up FORCE so far. The Bears pull the upset and move on to the Elite Eight. 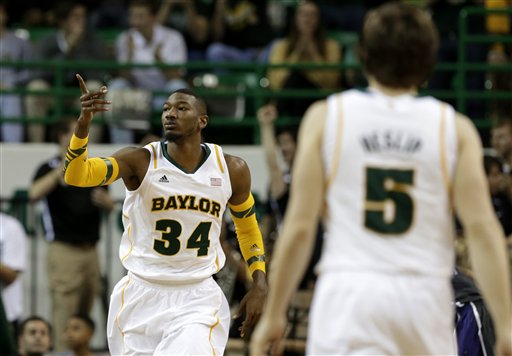 Cory Jefferson and the Baylor Bears ain’t done yet.

Yeah, the Gators haven’t looked utterly dominant so far, as they played a sloppy first half against Albany and let Pitt hang around for twenty minutes in the Round of 32. Yeah, UCLA has looked great in two blowout wins. But make no mistake; the Gators are the far superior team here. Favored by five points at the time I’m writing this, the Gators roll the Bruins by double digits. Book it. 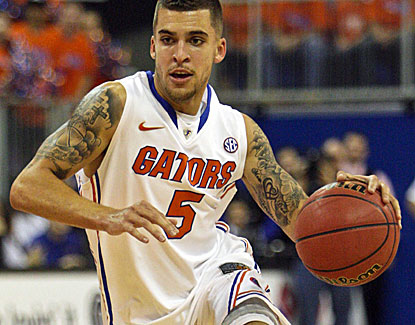 Scottie Wilbekin and the Gators will end UCLA’s dream.

4 – Arizona gets all they can handle from SDSU

Arizona has looked dominant so far, and I think they’re the superior team here. But don’t get it twisted, the Aztecs are legit. Arizona will prevail, but look for San Diego State to finally show that the Mountain West can play good ball deep into March. 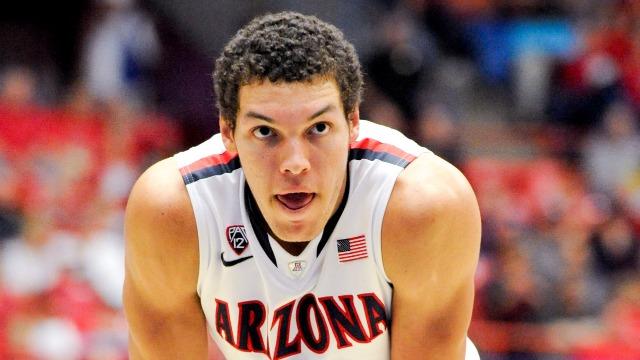 The Aztecs will hang tough, but Aaron Gordon’s ‘Cats will advance.

Yeah, I hate the Big 10. Nothing to see here. Move along.

But still, this is happening. 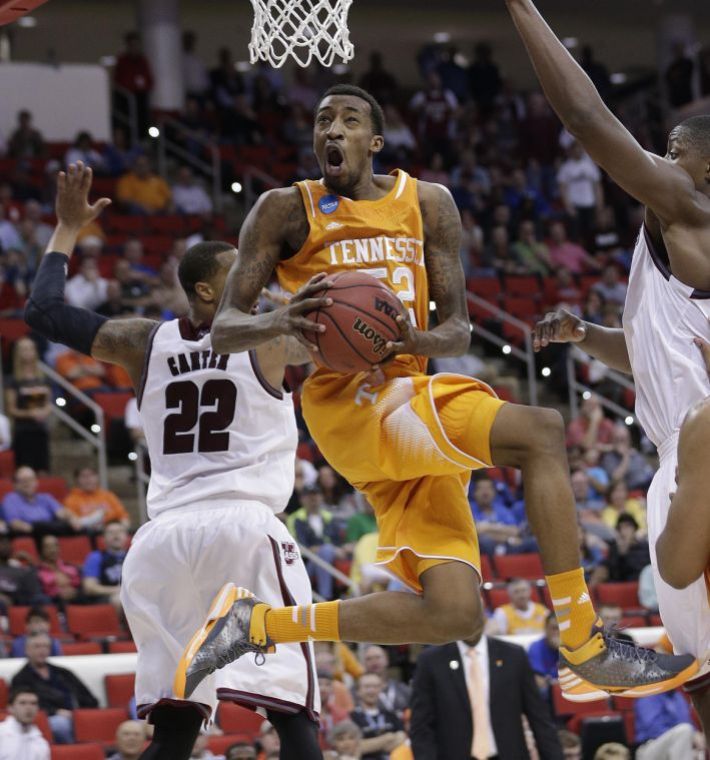 Michigan will be seeing Orange on Friday.

6 – Even without Georges Niang, Iowa State gets past UConn

In my opinion, this is the toughest call of the Sweet Sixteen. But after Iowa State showed that they could win, albeit in a comeback, without one of their stars, I’m still a believer in the Cyclones. Plus, I picked St. Joe’s beating UConn in the first round. Maybe I’m bitter. I’m definitely bitter. Let’s get it, Cyclones! 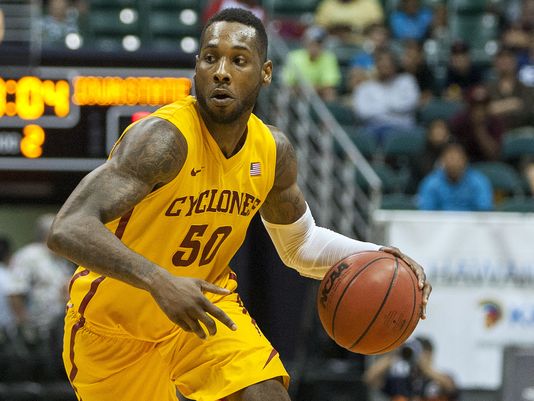 Kentucky, the preseason #1, the all-freshmen dream team, loses to Louisville. Because that’s the best thing for college basketball. Ain’t nobody a fan of one-and-done sellouts. 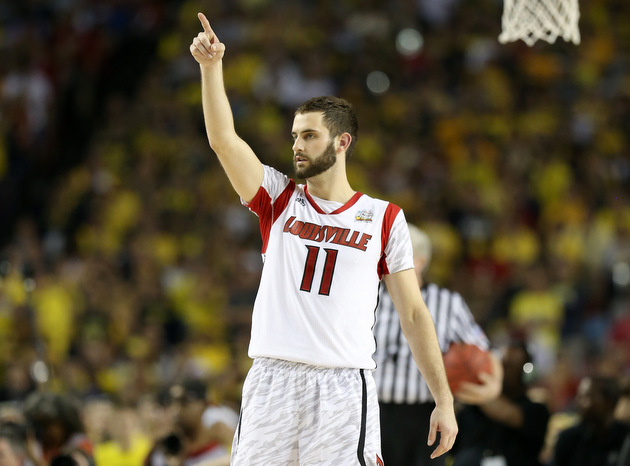 Does Luke Hancock look like a man that’s going to lose to a bunch of 18-year olds with everything on the line? Didn’t think so.

8 – Michigan State beats Virginia…but this is not an upset

Indeed, at the time I’m writing this, the Spartans are two-point favorites over the Cavaliers. And for good reason…only one of these teams struggled to beat Coastal Carolina in the first round. Sparty beats UVA by double digits. 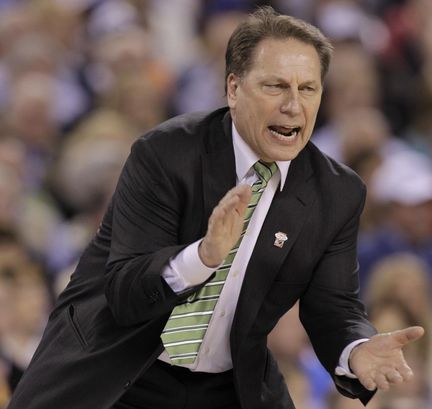 There’s only one Tom Izzo. There are many Tony Bennetts. Sometimes, it IS that simple.

Please, give me shit in the comments section. See you in the Elite Eight, bros.