Have you ever dreamed you were hanging out with your favorite athletes? That you were essentially in their world? So close, you can feel their quickness, agility, and ungodly talent. So close you can see and hear their interactions with teammates and opponents. Use your imagination. Pretend there are 20 basketball courts lined up next to each other, and there are All-Star players practicing at each one. Lebron plays one-on-one with Paul Pierce. Next to them, Kevin Durant and Damian Lillard play some horse. Oh, and Blake Griffin is trying out some new dunks. Rad! It’s a museum-like atmosphere where you can get as close as you’d like, just no touching. A sports fan dream, no doubt. Thankfully, this spectacle exists in the world of tennis, and it’s smack dab in the middle of California. Literally. 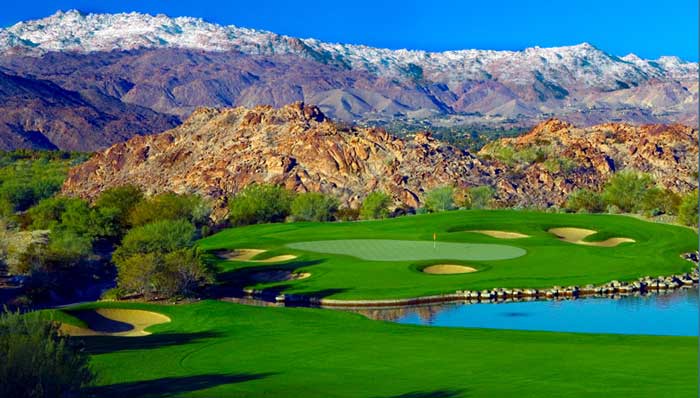 Go to Coachella in March, not April

For the past few years, April has been the only month where a town east of Palm Springs and west of Phoenix is actually relevant. The only other time you’d stop off in Coachella is when your car overheats. But now in 2014, I think it’s safe to say that another area of the Coachella region is gaining fame – for tennis. The BNP Paribas Open, in Indian Wells, is quickly becoming one of the most popular tournaments of the year for both fans and players alike. Sure, the weather is perfect and the facility is second to none, but I know the main aspect that makes this event so unique: Accessibility. Fans feel connected to the game. Many of them stay at the beautiful La Quinta resort, which is also where a ton of the players stay too. Yep, if you go workout in the fitness center at any given time, you may just be sitting one elliptical machine over from Novak Djokovic (and feeling very self-conscious). Who wouldn’t want that? I know I do.

And remember that basketball analogy with the 20 courts? That is exactly what it’s like in Indian Wells. There are 20 practice courts of tennis action happening at any one time. For someone like me, who loves all sports, but especially tennis, this is as good as it gets. I just got back to LA from spending my weekend in this oasis, and I’m already excited to go back next year.