Posted On January 30, 2015 By Ascher Robbins In Sports, Sports Takes

Super Bowl XLIX – Breaking Down the Matchups and Making a Prediction

For yet another year, the top seeds in the AFC and NFC will square off in the game of all games – this time, Super Bowl XLIX in Arizona. Pitting the AFC’s #1 seed, the New England Patriots against the NFC’s #1 seed, the Seattle Seahawks, this Super Bowl should be an interesting game between two very different teams.

For much of America, it will be the “Lesser of Two Evils” bowl, as the Patriots and Seahawks are pretty much universally disliked except by their respective fanbases.

But we don’t have to like either team, we’ll still watch the game. So how will it play out? Here are my thoughts. 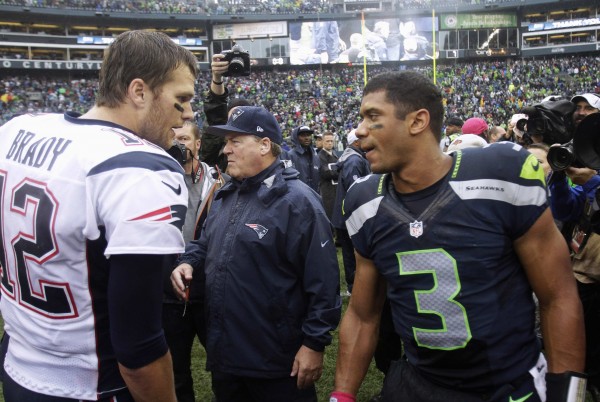 The Patriots cannot run the football whatsoever. I don’t care that LeGarrette Blount had a field day against the Colts in the AFC Championship – the Colts are, at best, an average run-stopping team. New England’s leading rusher on the year is Jonas Gray, with a measly 412 yards, the vast, vast majority of which came in one game. And, oh yeah, Gray isn’t even relevant anymore, as the lead running back duties are handled by Blount, the Steelers castoff who has a career that would be described as inconsistent at the very least.

While New England ran well against a shoddy Colts Defense, the week before, they set an all-time NFL Playoff record for fewest rush yards in a victory with 14 yards on the ground in defeating Baltimore. Fourteen. One. Four.

This isn’t even close. Seattle wins this matchup by an enormous margin.

The Patriots will not be able to run on Seattle.

This is perhaps the most important matchup to watch. The legendary veteran, Tom Brady, against the young, cocky,  cocksure Seahawks secondary. Brady hasn’t really lit the world on fire this season, looking great at times and very pedestrian on other occasions, but for the most part, he has played well since a few early season struggles. Of course, much of this is due to the continued health and rejuvenation of Rob Gronkowski, who is an absolute freak, and simply cannot be stopped by anyone…

…Except maybe the Seattle defense. Richard Sherman is playing with a bum arm, so it will be interesting to see how effective he is. But even if Sherman ends up being somewhat of a liability, the vaunted Seahawks defense should be more or less fine. Safeties Earl Thomas and Kam Chancellor will do their best to slow down Gronkowski, who outside of possession receiver Julian Edelman, is the Patriots only real weapon. If Seattle is able to take Gronk out of the equation at all, New England will have a very, very long day. 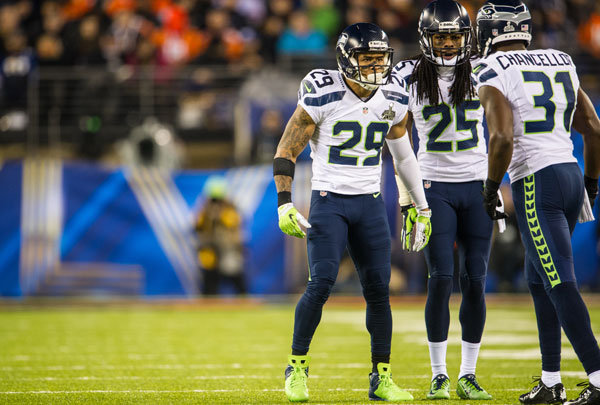 The Seahawks feature one of the NFL’s only true run-first attacks, led by media darling Marshawn Lynch, aka “Beast Mode.” Lynch has looked positively beastly of late, eviscerating the Green Bay defense in the crucial minutes of the NFC Championship. The ‘Hawks are first in the NFL in rush yards per game, and will have to run early and often to keep Brady and Co off of the field.

Meanwhile, the Patriots have quietly had a solid run defense this year, ranking ninth in the NFL in rush yards allowed. Getting human bowling ball Vince Wilfork back has certainly helped this unit rebound from a few years of subpar defensive campaigns. However, the Pats have been smoked by good running backs this year, most notably in their absolute destruction against Kansas City in Week 4.

The Patriots Run D has been decent, Seattle’s Run O has been great. The advantage is with Beast Mode and his comrades.

Don’t worry Patriot fans, you do get some advantage somewhere.

Russell Wilson is coming off what was arguably the worst game of his young career, as he tossed four bad interceptions and needed his team to bail him out repeatedly in the NFC Championship against the Packers. Wilson is a quality QB, but he’s better at improvisation and scrambling than as a pure passer at this point in his career.

On the other hand, the Patriots boast a solid secondary, highlighted by two excellent cornerbacks in Darrelle Revis and Brandon Browner (a former Seahawk). While the Pats only rank in the middle of the league in pass yards allowed, Browner missed several games in the first half of the season, and the secondary has improved since.

What’s more, the Seahawks have absolutely ZERO viable options to catch passes, what with Percy Harvin getting traded, Golden Tate leaving after last season, and even second round pick Paul Richardson tearing his ACL. Sorry, but Doug Baldwin, Jermaine Kearse, and Luke Willson are no match for Browner and Revis. 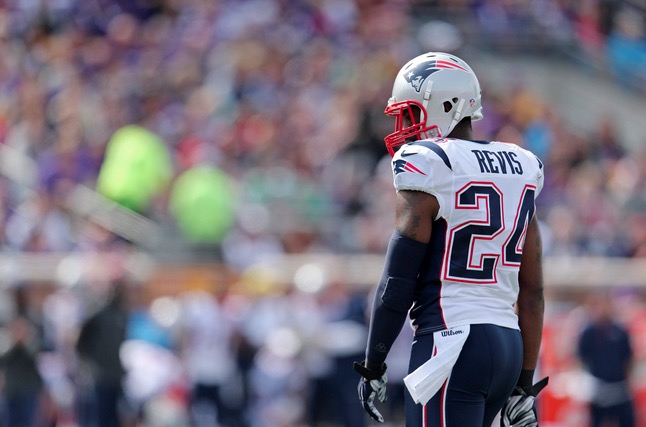 New England wins in every appreciable category here. Stephen Gostkowski was much more accurate than Steven Hauschka this season. Ryan Allen had a better season punting than Jon Ryan. Julian Edelman was a far better return man than anyone Seattle employed post-Harvin. 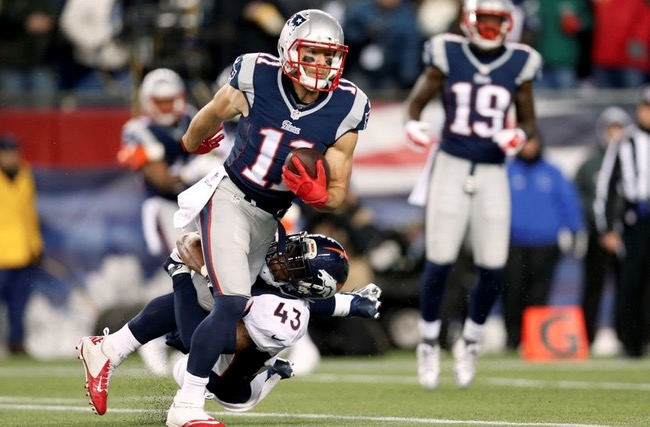 When it all comes down to one game, turnovers can be the most important factor. Both teams were in the NFL’s elite in protecting the football and taking it away from opponents this year. The Patriots forced 25 turnovers, the Seahawks forced 23. The Seahawks also turned the ball over 14 times, while New England gave it away 13. I’m not viewing this as more than splitting hairs.

Pete Carroll is a great coach, without a doubt. He won the Super Bowl last year. He’s been here before.

But he’s not Bill Belichick.

Say what you want about “The Hoodie;” he’s one of the greatest coaches to ever coach in the NFL, and Carroll is just not at that level yet. 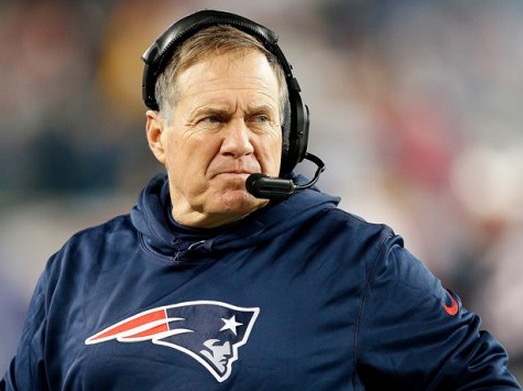 I think this will be a close, hard-fought super bowl between the old guard of Brady and Belichick against the new school swagger of the defending champion Seahawks.

As much as I dislike Seattle, I just don’t think the Patriots could have a much worse matchup. Maybe Belichick will draw up one hell of a gameplan to combat the Pats’ glaring weaknesses as they go into this game, but I expect Seattle to largely shut down New England’s offense, make them one-dimensional, and repeat as Super Bowl Champions. Sigh.

(For gambling purposes, the Patriots are favored, so I think Seattle covers, obviously. With an Over/Under of 47.5 at the time of this writing, I’m also taking the UNDER.)