Posted On September 18, 2015 By Brian Wray In Sports, Sports Takes

It’s January of 2009, and 21 year old Novak Djokovic has just retired from his 4th Grand Slam match in only his 17th appearance. While trailing American Andy Roddick in the 4th set, Djokovic complained of sickness due to the sweltering Australian heat. Were used to this sort of thing by now. Novak is not a fighter… yet. 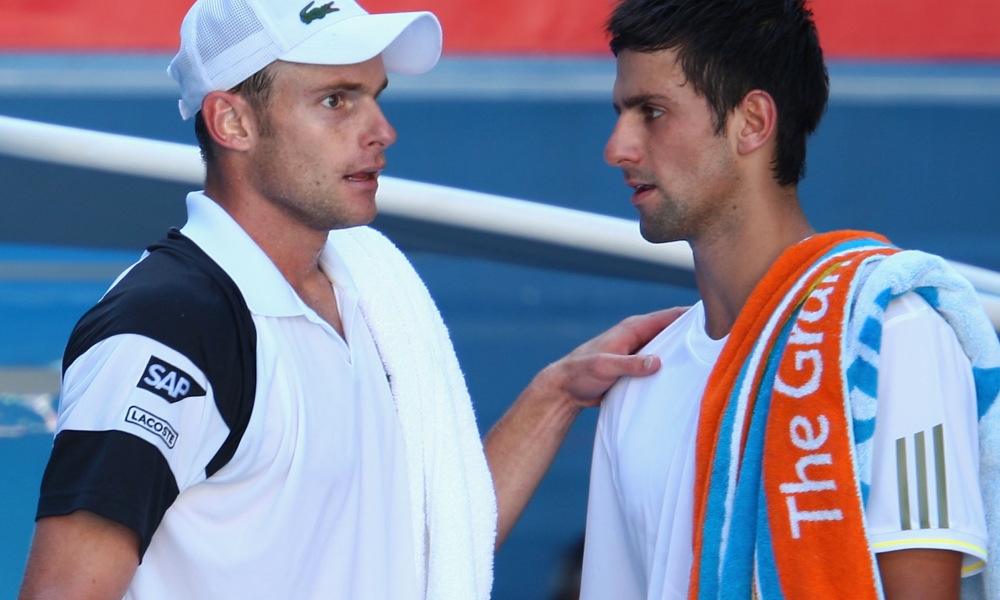 Many fans sadistically viewed this Aussie retirement as karma after an ugly verbal incident between the two men at the previous year’s U.S. Open. Roddick had flippantly remarked that Novak was always faking injuries. So after beating Andy, Novak let the crowd know of his disdain.

Unfortunately, that was America’s rude introduction to the young Serbian tennis player, and this is now…

Seven years later, after winning his 10th Grand Slam title at the U.S. Open, Djokovic is the undisputed best player in the world. But in a more shocking turn of events, he is also the fittest tennis player in the world, possibly of all-time. The greatest 180 degree turn has been made, yet he’s still not the fan favorite. People buy tickets to see the likes of Federer, Nadal, or the Williams sisters. Novak is always the afterthought.

Tennis is big on traditionalism. Even dating back to the era of Connors, McEnroe, and Borg, fans were adamant about whom they supported. And it’s continued into today’s game.

Men like Rafael Nadal and Roger Federer have solidified their presence in the sport, and with it, they have cultivated a significant fan base. But their emergence in the mid 2000s was much more conducive to popularity because it happened at a time when there weren’t any overtly dominant players to root for. It was the end of the Sampras/Agassi era, and the middle ages of Hewitt, Roddick, and Safin. Fans were looking for a new reliable steed at the top of the ATP, and instead of one they got two. But then Djokovic came about, and there was no room left in the inn. Novak was the unlucky casualty of this Nadal/Fed success because he entered the fray at the height of it.

Then the injuries and retirements started happening. Regularly. And there was no reason for ardent fans to even consider letting Djokovic into their hearts and minds, and understandably so. How many times have you seen Roger Federer “give up” during a grand slam match? It was an unsettling sight, watching Djokovic out there flailing away. And there was an all around lack of respect for the young Serbian by fans and players alike.

So when 2011 came about, nobody was prepared for the career 180 that was about to occur from Novak, and most of us didn’t know how to react. But now that he’s won 9 major titles since that year, it’s time we react properly. Because his story is one that we teach our kids each and every day…

Learning from our mistakes, overcoming weaknesses, and becoming mentally strong amidst tough circumstances. These are characteristics that have made Djokovic a perennial champion, and they are lessons we can take to cultivate our own success.

Look at it this way. Novak could have succumbed to being Rafa and Roger’s career second fiddle, as many other players have. But he decided otherwise.

He sought answers to questions regarding his fitness. And the result? A drastically altered diet.

He realized his serve was his weakest shot. And the result? He transformed it into one of the most potent, and underrated weapons in the sport.

Djokovic didn’t just roll out of bed in January 2011 and decide to be great. He consciously and meticulously put the work in. And now the meek Novak Djokovic from 2008 has become the Superman figure of the ATP. Federer and Nadal are still worthy of applause. But now, so is Novak. This is something the tennis world may never understand.