Posted On September 10, 2015 By Hunter Simmons In Sports, Sports Takes

The Torture of Being a San Diego Sports Fan: Revisited

About a year ago, I wrote about some of the pains that come with relentlessly cheering for mediocrity. At that time, the San Diego Padres were on their way to finishing their season 77-85. Those that call themselves baseball fans can understand this year’s disappointment.

In 2015, life was injected into the team. The owners, in a spat of brilliance, hired the upstart AJ Preller as the team’s general manager, who did not waste too much time signing some of the biggest names in baseball: Matt Kemp, Justin Upton, James Shields, Derek Norris, and Craig Kimbrel, just to name a few.

Along with many other San Diegans, I found myself falling into the annual trap. “This is going to be the year… this is a kind of team we haven’t seen for over a decade… how will we manage all of this talent?!”

Then, the season began.

In the first two months of play, the Padres posted an unimpressive 25-27 record, ultimately leading to the release of manager Bud Black a couple of weeks later. Pat Murphy was called up from minor league coaching to manage the floundering Padres, and he wasn’t able to do much better. 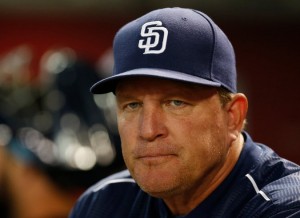 Currently, the Padres sit in third place with a record of 66-73. No playoffs this year.

I should have known better, but once again, I learned the hard way. In San Diego, you cannot expect to contend for a championship until you win a championship.

I could babble on and on about what went wrong. That we sit in the bottom half in most batting categories. That the team earned run average dropped from 4th in the league to 16th. That we seem to commit the worst errors at the worst times.

But I won’t. I need to resign myself to the San Diego standard: routine disappointment.

Please don’t read into this with the impression that I do not believe in my teams. I’m as optimistic as the next guy, but seriously? How was this even possible?

I might need to shift my mindset. After all, San Diego hasn’t brought home any hardware. Perhaps it’s foolish to expect something like that if it has never been achieved in the first place.

Take the Chicago Cubs. They’ve won the trophy twice, only, both occurrences were over a hundred years ago. These days, they face a similar reality: routine disappointment. But, at least they’ve won, and it’s something they can always fall back on; their disappointment is limited.

It therefore may be unrealistic to set such tall expectations when the World Series has never been conquered by my pitiful Padres.

The towel has been thrown in on yet another season for Padres fans, and just in time for the start of Chargers football.

To my fellow San Diegans: proceed with cautious optimism. After all, these Bolts might not be around much longer. 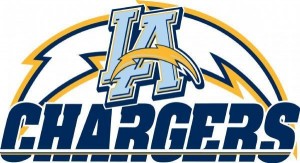