Posted On February 10, 2015 By Basic Becca In Television

Save a Horse, Ride a Farmer: The Bachelor Season 19, Episode 6

Next season on Serial, did Kelsey kill her husband? #TheBachelor

I’ve probably said this before, but this was one of the best episodes of The Bachelor in the show’s history. If not the greatest, it was definitely the most quotable. As per usual, I missed the first ten minutes of the episode, so I have no idea how the bathroom panic attack played out. I do know that Kardashley (formerly known as Ashley I.) and Kelsey got the last two roses, thus sending home the last stranger and Kale’s mom, Mackenzie. The remaining girls headed off to the super exotic location of Deadwood, South Dakota. But really, could you even imagine a more romantic setting? (There must have been some serious budget cuts this season– blame Bachelor in Paradise?)

Becca, Let’s give love a shot… 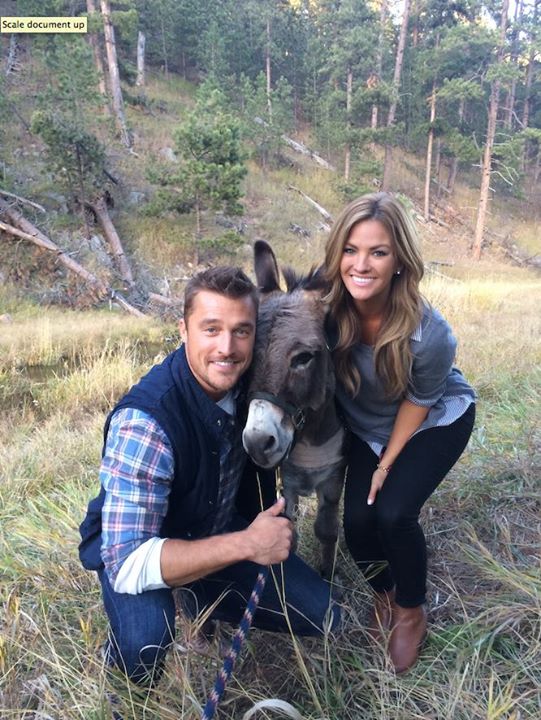 When Becca received her date card, she was the only remaining girl that had yet to kiss Chris. Of course, she ended the date with a rose and some smooches. She and Chris seemed to have amazing chemistry that went beyond lust– he was full of genuine laughter (if you could even describe his spongebob giggle as laughter) and they have an effortless connection that most of the girls wish they had. Becca told him she wants to have a big family and actually meant it (unlike Britt who lied to Chris and also doesn’t shower). Cute and sweet date– she’ll definitely make it far. Could she be the future Mrs. Soules or our next Bachelorette? 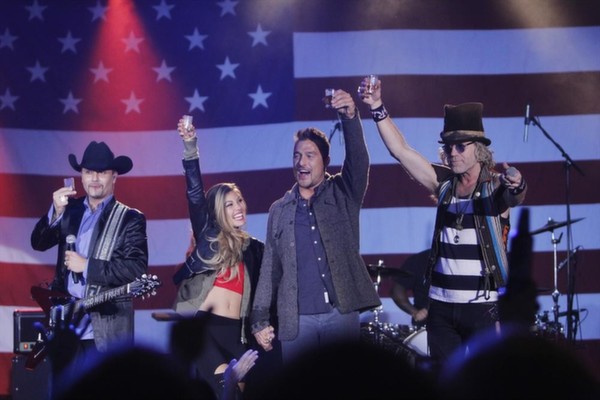 Group date with Jade, Carly, Megan, Whitney, Britt, and Kaitlyn (and Big & Rich). This group date is not a date at all, it’s the Britt and Chris show as noted by Whitney. But seriously. The girls all have to write a song and perform it in front of the group and the country duo Big & Rich (who are just looking for their next background dancer). Jade panics and runs up and down a deserted street with Big or Rich and then returns to her writing post only to find herself intruding on a Chris/ Britt make out sesh. That’s some inspiration for a love song… Chris sings and will regret it for the rest of his life.

The girls aren’t so bad. I have to give props to Kaitlyn for rapping because she’s just there to have fun. Carly, the Disney cruise singer, turns out to be a pretty good songwriter and an impressive singer. The rest are meh. Chris, however, pulls a major dick move when he and Britt run away from the group, go to the Big & Rich concert down the street and party for over an hour. They have a “weird” connection that Chris can’t explain… it’s probably a result of the coitus they undoubtedly experienced during last week’s nap. The two return to the pissed off group, and Chris mutters something about giving Britt the rose and peaces out. Yes, this sucks and it’s awkward. Britt’s a liar who doesn’t actually want kids or a husband and she doesn’t shower. But this date is nothing compared to the hell that is the Kardashley/ Kelsey two on one date in the Badlands.

Two Girls. One Rose. One Stays. One Goes. 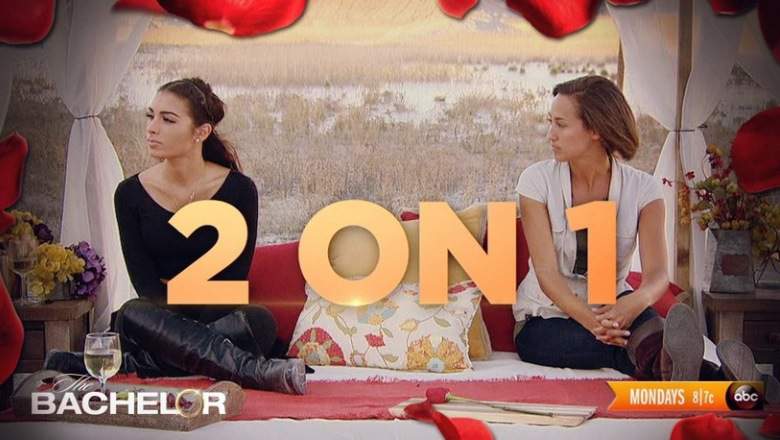 “They’re both great girls,” says a clearly unaware Chris of the women he’s invited on the two on one date. Chris, Ashley, and Kelsey hop in a helicopter and head for the Badlands; Kelsey points out the presidents on Mount Rushmore and Ashley rolls her eyes into last year because she can’t even. Ashley and Chris take a blanket to a nice, sandy spot on a windy afternoon… it does look as though her false lashes are about to take flight and grace one of the faces on Mt. Rushmore. Anyway- Chris wants to know how things are going; Ashley tells him that everyone in the house gets along except for Kelsey who is an outcast and super fake.

We are later blessed with some insight from Ashley, “I am real. She is fake. I may be a virgin, but I’m sexy, and she’s not.” Immediately after Ashley tells Chris that Kelsey is fake and has no friends, Chris asks Kelsey how she’s getting along in the house and notes that he wants the woman he marries to do well in social situations. He throws Ashley directly under the bus and tells Kelsey everything that was said about her. Kelsey “would hate for girl talk to get in the way of us.” She also loves to remind Chris that she knows she would be a perfect wife because she’s already been one. I’ve never been a wife, so I can’t speak from personal experience, but I have a feeling being one person’s “perfect wife” (or murderer) doesn’t necessarily mean that you’ll be any man’s perfect wife. Just a hunch. There is an abundance of he-said, she-said, and it’s laughable because both women can’t resist noting the immaturity level of her opponent. Kelsey seems to handle it really well…

Ashley just goes ahead and slays Kelsey with a rant about being smart despite her vocabulary and having a Masters degree from a better school. Turns out Kardashley has a Masters in Broadcast and Digital Journalism from Syracuse. You go, girl. This entire moment made me love her just in time to miss her.

Chris sends a sobbing Kardashley home because he can’t give her the life she wants. Kelsey attempts to comfort him with her murderous smile and is sent home shortly after. Kelsey once again reminds us about her story: “My story is amazing. It’s tragic and it’s inspiring and it’s beautiful. I am immeasurably blessed. I have no regrets because I did exactly what I came here to do. … I’ve lost before and I’ve survived. I’m here. I rise above it.” Too bad she’s not rising above it in the helicopter that Chris takes off in. Kardashley and Kelsey are left alone in the Badlands to find their way home… turns out they’re in the Hunger Games arena and since Kelsey has clearly killed before, she’ll probably be the one to make it out alive. More like two girls, one rose; you’re both going home because your psycho drama queens that can’t live on my farm. Talk to you, never!

Reminder: Kelsey is really humble and totally a people person. We will miss her dearly. 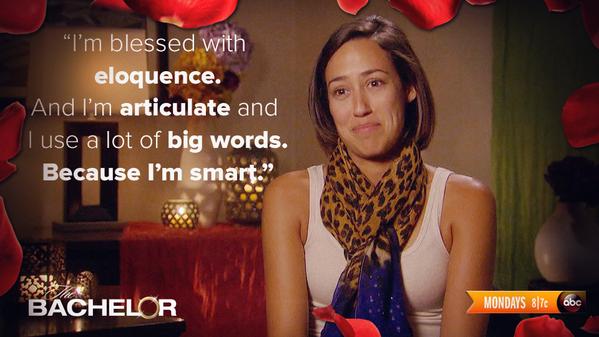