Posted On March 11, 2014 By Staff In Lifestyle, Miscellaneous

How Couchsurfing Boosted my Faith in Humanity

Last spring I got out of the Marine Corps and decided to go on a road trip to enjoy all the freedom I had been busy fighting over for the last five years.  I’m not sure what a country with no Air Force or Navy or any hostile Army at all has to do with American freedom, but that’s what I was told. 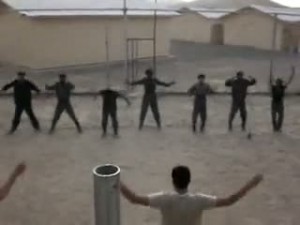 Their American-trained Army can’t do jumping jacks to save their lives.

I was originally going to go solo, but I ended up taking my little sister along.  I initially said “hell no” when she asked, but I thought it would be good for her so I relented.  We traveled all over the country for 11 weeks, visiting 15 states and camping the whole time.  A few weeks in, a bed and a shower became a little more important that I had initially planned on, and I remembered being told about couchsurfing by some fellow travelers.  I was pretty sure this was a website for serial killers and rapists to go prey on unsuspecting travelers, but I gave it a cautious try anyway and set up an account.  I am happy I did, as my several couchsurfing hosts whose company I was able to enjoy ended up being some of the most hospitable and interesting people I met the entire trip. 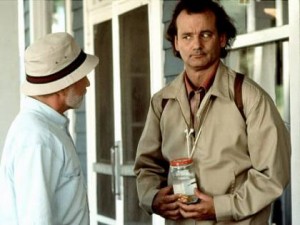 Interesting in a totally good way.

First I created a profile and then sent out requests to people I thought I might want to stay with.  Not having any references makes it hard to find an acceptance, but I was able to find my first host when I was in California.  He had 113 positive reviews and to me that meant that he had 113 people tied up in his basement.  He even offered to cook dinner, which translated to “I am about to be poisoned.”  Mother’s advice aside,  I grabbed a bottle of wine like a good guest and went to his house.  I was surprised to find out that he was a small-time actor with an IMDB page and everything.  No shit.  We ate dinner and ended up drinking the bottle of wine that I brought, and two more, between him, his wife, and myself.  It was a good time.  The next day he made us breakfast and we went to a small mountain town and I wandered around while he did some work ,and then we went to his friend’s house and drank all his beer and ate a bunch of cheeseburgers.  He even trusted me to DD on the way back.  I stayed for a second night and a second round of breakfast burritos before hitting the road.  I was so surprised by the level of hospitality that I went and got some thank you cards.  I hate thank you cards, but this guy had really earned it.  He didn’t know me for shit but fed me food and drink and toted me along for two days just because he is awesome. 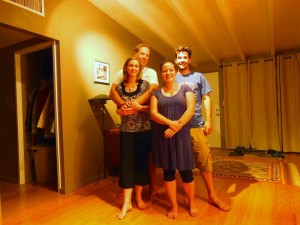 The next person I stayed with was in Utah.  She was born in Malta and was a desert-dwelling sailor that lived out in the desert during the summer.  The place had running water from a tank and an outside shitter AKA bucket.  She makes a living by sailing all over the world during the Utah winter and had been on all kinds of adventures, and even had her picture and her boat in National Geographic magazines.  We drank beer, shot slingshots, and swapped stories over some cowboy TV until late in the evening.  I slept in a hammock staring at the stars and left the next day completely refreshed and feeling good about people in general…Which is hard to do when you’ve spent the last few years either working for assholes or trying not to be killed by them. 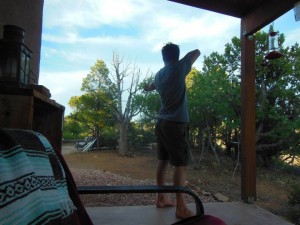 When I finally made my way to Colorado, I was beyond ready to see who I would be staying with next.  In Grand Junction, I was able to land another place to crash with a girl who had a few other couchsurfers staying as well.  One was a guy who had lived at a monastery for a year and was now hitch hiking across the country.  Another was an American expatriate who was now a teacher in Istanbul, Turkey.  Each time I stayed with someone I would look for cues from my host about how the evening would go so that I wasn’t the only one slamming beers and yammering through the night if it was obvious that they had to work the next day.   But there seems to be something in the blood of us traveling folk because we had to go to the store to get more alcohol that evening.  We stayed up until the early hours once again, listening to the hitch hiker play the guitar and talking about where we were all headed next. 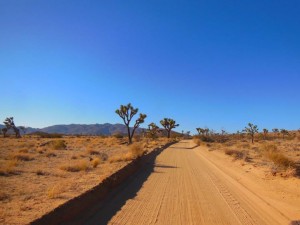 Everyone needs a road trip before they grow up.

Even if couchsurfing didn’t leave me as a hostage, I was still expecting to meet some combination of crackheads and hippies but out of 5 different hosts, I don’t have a bad story yet.  What I thought was going to be an experience that left me tied up in someone’s basement ended up being an experience full of gracious and interesting people along with a bunch of free food and alcohol.  I’m glad I gave it a try because my preconceived notions haven’t been so wrong about something since I joined the Marine Corps.