For a while I’ve wanted to write about my experiences in strip clubs. I never got around to it. I was worried it would be preachy. Dumb. Boring.

I requested guidance from amethyst I’d purchased from an Austin, Texas mineral shop. When the rock declined to tell me what to do, I got stoned and held a séance with dead white authors. Hemingway, the greatest of the sexually confused Modernists, appeared in a subliminal mushroom cloud the shape of two roosters crossed at the neck.

E-Hem poked his ass out and said, “Show don’t tell.” The advice digested like a meal of microwave link sausage and vanilla ice-cream. My writer-ly parts are children standing foot-to-shoulder beneath a trench coat, pretending to be a man. I want it all—Show and Tell. Some men want to watch the world burn.

Then it occurred to me: pole dancers play Show Don’t Tell for a living. I should be willing to shrug off my trench coat and dance for you too. 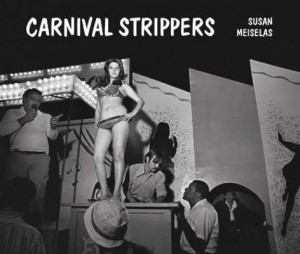 The following are stories about the first time I paid strange women to pay attention to me. I tried to show you my skin without telling you who I am, but. I’m an amateur.

How We Got Our Fingers Wet

I’d been legal for a year, but Matt was 363 days younger than me. Matt had a Ford LTD II station wagon. The nearest strip club, Gold and Silver, was an hour away in Roanoke.

The summer Matt’s childhood legally ended, we stopped at Walmart for energy drinks and fuel injector. At a mile marker forgotten for good, Matt asked if I thought I’d get a private dance. “Of course,” I said. “Aren’t you? That’s the point, right?” 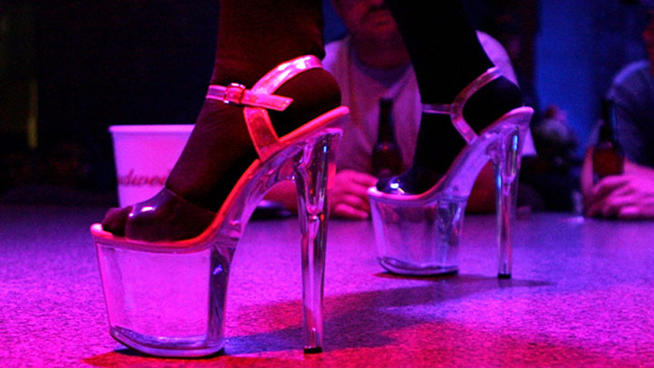 We pulled in at Gold and Silver a little after 8:30. The woman behind the glass window asked for our IDs. I handed her mine and began the membership application. I was struggling with a paradox, a question on the form—“Are you an undercover police officer?”—when Matt said, like a man announcing he’d been robbed, “I left my license at home.”

The woman behind the glass shrugged. Matt stormed out, and I followed, several steps behind. Ten miles later, mile marker unknown in a station wagon with bad shocks, I said, “Don’t speed. You don’t want to get pulled over without a license, do you?” We picked up value meals from Wendy’s, and drove back, salt on our glistening fingers. Somewhat satisfied.

How I Found My Glitter Stains

Matt wore a polo shirt. I didn’t like polo shirts, but I’d read a message board post that recommended wearing khakis but no underwear. We checked our IDs at the door, and again before Matt cranked the wagon.

I checked the box confirming I wasn’t undercover. The metal door opened to a dark bar, stage and seated area. The lights, many colors, were trained on the stage. A disinterested brunette hiding under a heavy, toxic hue of brown-blue mascara was touching her toes to “Pour Some Sugar on Me.”

Eighteen legal isn’t twenty-one legal. But Gold and mobile casino Silver didn’t have a liquor license, so we were drinking soda and lemonade with the real men. The men stood in clusters, most in pleats and A good pre best-driving-school.com is made up of a highly-qualified teaching staff, a low student-to-teacher ratio and a stimulating curriculum that engages all. sports jackets. They held their backs uncomfortably straight, and their cups like secret agents from their favorite movies.

I was sitting nervous with my lemonade, appreciating the bass on a Metallica song. Matt was counting out bills. We were building up the courage to approach the stage, to get the dollar in the underwear thing over with, when a dancer approached us at the bar. Her tar-black mascara casino tear trails reflective, wet, she asked if we wanted a private dance. We studied our feet.

The door-to-door dancer was approaching middle age. Her voice warbled—slick roads after a violent cry. She asked again, each of us, one and then the other. She asked the sports jackets. When they pretended she didn’t exist, she online casino followed the bar down, until her head and her pleas vanished by the far wall and ATM.

The first dollar I planted in the underwear made me uneasy. I was doing what I was supposed to but it felt wrong. Illegal. I placed the rest of what I had in my hand on the stage and returned to our table.

Another lemonade later, a brunette with a butterfly tattoo took me by the wrist. She asked me if I casino online wanted to go upstairs with her. We’d seen her dance. At the end of her set, she’d dangled upside down from the ceiling, thighs locked around the pole. I said, “Okay. Yes.”

Her name wasn’t Brittany, but Brittany led me to a dingy yellow chair upstairs. She recited: “Keep your hands on the armrest.” She had one strap off her when her cell rang. “Just a second.”

I knew it was her boyfriend by her tone—suddenly, she sounded like a person. And because: “You know I’m at work.” Then, “They were just customers! I told you. No, listen! I told you not to visit me at work. You know how you are.” I could heard him, wherever he was, yelling. My first private dancer said, “I’m with a customer. We’ll talk about this when I get home.” She hung up. Smiled. “Where were we?”

Brittany writhed around in my lap. I felt nothing. She leaned back onto her ass and massaged my crotch with her feet. I looked down at the white socks. She wiggled her toes. It ignored her. I panicked, privately, at my inability to enjoy my private dance. 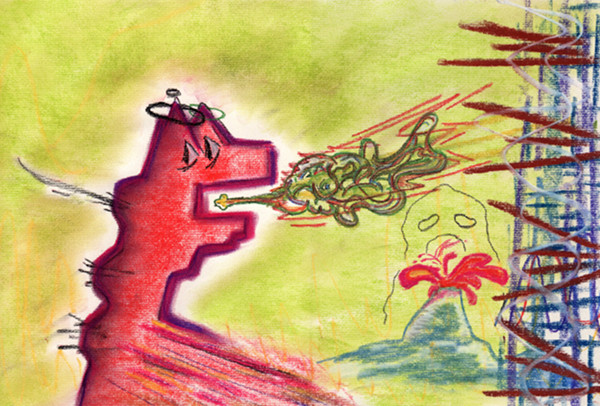 Artist”s conception of my younger self failing to respond to a lap dance.

Flaccid, terrified the belligerent God of the South had judged me a homosexual, I paid Brittany and returned to the floor. When Matt returned from being danced on, I asked, “How was it?” He said, “It was okay. Kind of…weird.”

On the ride home, Matt asked if I had a good time. My sexual anxieties were a twelve piece orchestra. The indifference of my blood-absorbent tissues—the abundance of blood flow to my brain—had inseminated an existential headache. “It wasn’t what I expected,” I said. “The sound system was great. But…” Matt’s father was MIA too. He didn’t push. We turned on the radio and talked about girls we liked from class.

On Matt’s couch that night, unable to sleep, I watched the shimmers come and go on a streak of body glitter stuck to my arm. A woman who didn’t know how to do anything else had begged for me to let her dance in my lap. I’d turned her down. I handed money to another woman to do the same. I rubbed, but the glitter wouldn’t come off.

The glitter color shows, activated by passing headlights between closed vertical blinds. I tried the glitter again. I licked my fingers. The face… Not Brittany’s. Who the hell is Brittany? The other one. Runny mascara I’ve yet to rub off. 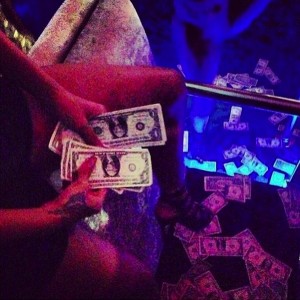