Voodoo Doughnut: All Blessings, No Curses

In Portland, Oregon there exists a famous locale known for its trademark pink boxes and interesting culinary creations. Voodoo Doughnut is well-known to Oregon locals, but until recently, the eclectic eatery had yet to expand past the borders of the Beaver State. No more. Two months ago, the famous chain headed a little bit East and opened up its new, fourth location in Denver, Colorado, only a stone’s throw from my home in Boulder. Naturally, I had to go see what all the fuss was about. 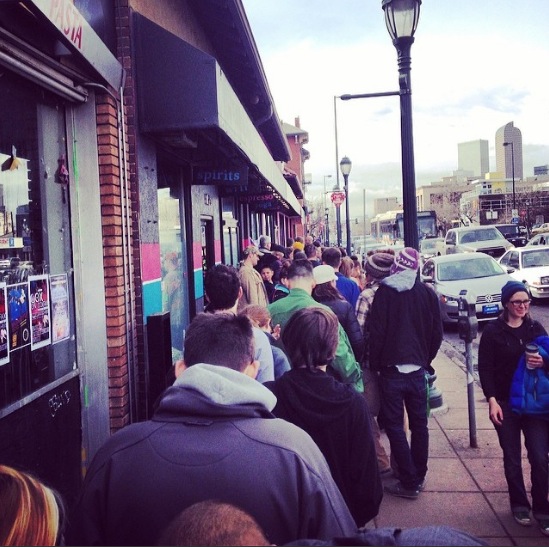 Everyone wants to try some Voodoo magic.

When my girlfriend and I ventured to Voodoo Doughnut Mile High, it was just after 2:00PM on a Sunday – not exactly the peak of breakfast time. But no matter; the line to get into the restaurant stretched around the block. It was a fairly cold day, but I hadn’t made the thirty minute drive for nothing; I was going to try the mythical doughnuts that have repeatedly made the Travel Channel’s programming. Fifty long, hungry minutes later, I was inside. 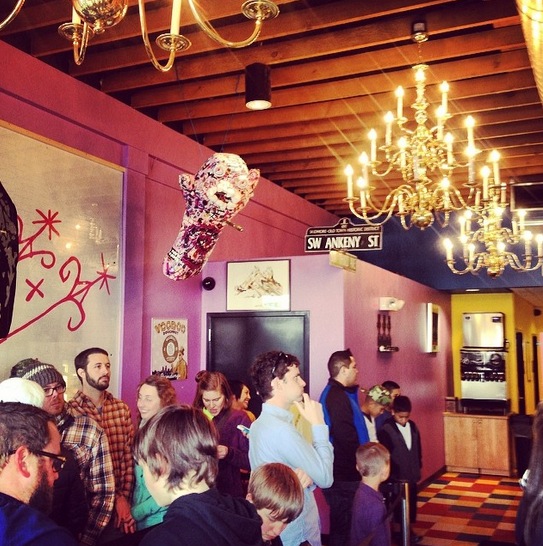 The Disneyland of doughnuts.

Voodoo serves doughnuts of every size and shape imaginable…and I mean EVERY shape. They have doughnuts shaped like joints, penises, and of course, voodoo dolls. They have doughnuts covered in M&Ms, Cap’n Crunch, and Oreos. They have small doughnuts, they have large doughnuts, they have an ENORMOUS doughnut that equals six standard doughnuts. You can see the entire inventory here, but it is needless to say that Voodoo offers many, many doughnuts that, to put it simply, you ain’t gettin’ anywhere else. So after settling on our choices (which were influenced by the fact that the penis-shaped doughnuts were out – a fact which a fittingly gay man relayed), my girlfriend and I ordered the doughnuts we had determined to try. Here’s what we got: 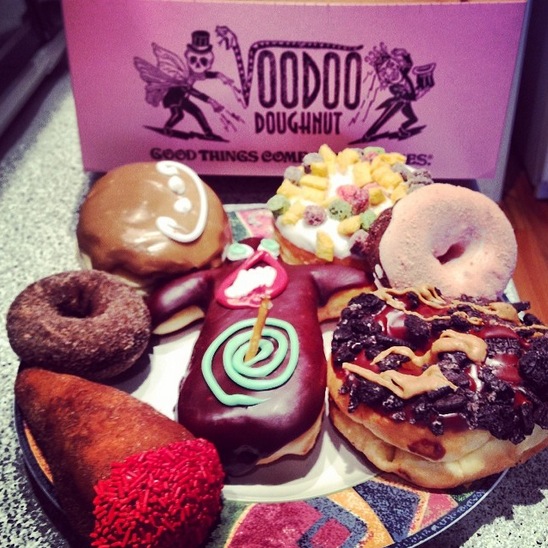 Twenty minutes and a few food-babies later, the doughnuts were gone. My favorite? That would be the front-right, the Old Dirty Bastard. Oreos + Peanut Butter + Chocolate Frosting + Doughnut = AWESOME. But don’t take my word for it; if you live anywhere near Denver or Portland, or even if you’re just passing through, make sure to give Voodoo Doughnut a try. I guarantee you’ll be under their spell in no time flat.