Posted On December 22, 2014 By Hunter Simmons In Miscellaneous, Movies, Opinion

November and December are more than simple holiday months. This is the time in which the cinematic heavy-hitters step up to the plate. The 2014 movie scene got off to a relatively crappy start, but here are some well-done, indie-ish films that are worth checking out: 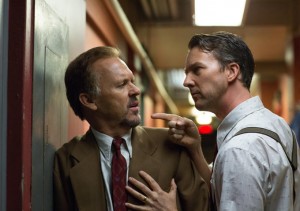 This movie just takes us on a whirlwind adventure. There is literally never a dull moment in this film. I am glad to see Keaton up and at ’em throughout this movie, and Edward Norton is hysterical. One of the more impressive feats of this film is a musical score composed almost entirely on a drum set. Am I biased as a drummer? Maybe. Still, the score and the restlessness of this one combine to create a very enjoyable movie experience. Just train your bladder because chances are you will miss something if you are forced to take a tinkle break. 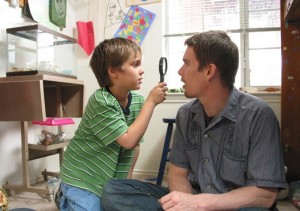 This might be hit or miss for a lot of you out there. If you dislike existential conversations and deep silence, then you might want to go see Exodus, or something else ridiculous. Not too many movies like this out there; the honesty that this movie produces permeates (I think) everyone’s life. Plus, it is truly nostalgic biopic of late-90s, early-millennial culture. There are so many instances in this film in which I could see someone go, “Wow, I totally get that.” Or at least, that is what I was able to do, multiple times, which I hope is not an indication that my life is messed up. 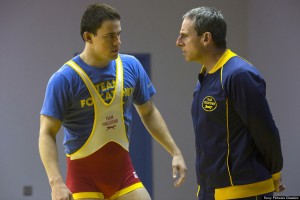 This movie is based on a true story. Do yourself a favor: if you do not know the story already, DO NOT DO PRIOR RESEARCH. It will truly spoil the movie, particularly the ending. I went in to this one blind and was very impressed with the development of the story, leading up to an ending that I kinda-sorta did not see coming. Not to mention, the transformation of Carrell into John du Pont is insanely impressive. Great sports-themed movie, and while there were some slow parts, the stars of the film make it seem more like a biographical documentary than anything else. 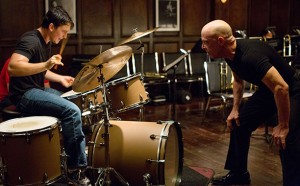 Another drumming movie, I know, but bear with me. Simmons (better known recently for the Farmers Insurance commercials) gives a Full Metal Jacket-esque performance that you have to see considering the backdrop is a jazz band. This movie brings a lot of intensity and one-liners that could be too edgy for some of you sensitive listeners out there (i.e., derogatory statements involving homosexuality), but if you can handle, um, words, then you should be able to enjoy the depravity of Simmons’ character.