Posted On August 6, 2014 By Rachel Harrison In Movies, The Scene

Dreamy Movie Boyfriends Who Would Suck In Real Life

Aragorn, The Lord of the Rings

Aragorn is a handsome Prince who is loyal and brave, not to mention he has a big sword and knows how to use it. But chances are all his brooding would get old fast. He’s constantly in mortal danger and like, yeah, it’s all for the greater good to save the world whatever, but can you imagine how stressful it’d be to date him? You would constantly be worrying.

Will Turner, Pirates of the Caribbean

Will Turner is a sweet hopeless romantic who is courageous, but more importantly, dead sexy. Despite his swashbuckler status, Will has one major catch: he has a destiny that involves him being an undead ship captain who can only come on shore one day every ten years. I’m sure a lot of women would be patient to get their hands on some Orlando Bloom, but ten years is a big ask.

Okay ladies, hear me out. While Leo DiCaprio has never been more dreamy than he was as Jack Dawson, Jack had his flaws. He was a vagabond gambler without any sense of responsibility. Sure, he’s great for a hot fling, but life isn’t all smooth sailing. If things got difficult he wouldn’t abandon ship, but he wouldn’t exactly be great at providing for a family. Chances are if Rose made room on the door (which she totally could have) a few years down the line it’d be a lot less steamy car sex and a lot more “Get a job ya bum!” 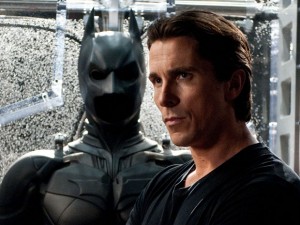 Relationship Status: Playboy half the time but also hung up on Rachel Dawes

Bruce Wayne is a hunky billionaire who moonlights as a masked vigilante. I mean, wow. What girl wouldn’t want to take a ride in the Batmobile? A smart girl, that’s who. When he’s being Bruce Wayne he acts like a total player, which, despite all of the money, no thanks not worth it. And when he’s Batman he’s fighting not only dangerous criminals, but also hot criminals who wear black leather. I’m looking at you, Catwoman. 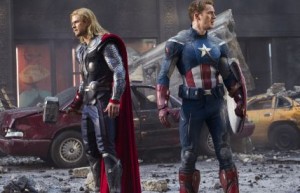 They may all be extremely good-looking and ripped and heroic, but it’s always always always a bad idea to date a superhero. If they’re not off saving the world, they’re on call to save the world. Meaning they can fly off at a moment’s notice leaving you home alone with a sink full of dirty dishes. Not to mention villains always find out who the superhero’s girlfriends are, then kidnap them and use them against the hero. No six pack is worth the constant threat of kidnapping. Well, maybe Thor’s.

Indiana Jones, Raiders of the Lost Ark and The Last Crusade (Thanks to my lobotomy these are the only Indiana Jones movies that I believe exist) 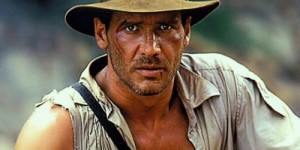 Indiana Jones is a college professor who is also an adventurer who also fights Nazis. Swoon. He is played by Harrison Ford. Game over. He carries a whip…if you’re into that kind of thing. An intelligent hero with an appreciation for ancient artifacts and seemingly endless supply of quips, it’s hard to top Indy as the perfect male specimen. But he’s always so dirty. It’d be impossible to keep the house clean. Plus, they’re just snakes, get over it.

James Bond, All the James Bond movies but mostly the ones with Daniel Craig

Relationship Status: If you have sex with him you should probably get tested immediately afterwards.

A sexy British spy who kicks ass and takes names, James Bond is one of the most notorious bad boys to ever grace the Silver Screen. He’s got weapons and gadgets and an accent, what more could a girl want? Um, monogamy. A stable home environment. Not having to worry about every pen in the house being an explosive device. Unless at any point Idris Elba becomes James Bond (mmm Idris Elba soooo dreeeeammmyyy), it’s best to avoid this international womanizer.