Posted On February 17, 2014 By Anthony Kozlowski In Music, Music Musings

Overrated bands don’t start out that way.  There’s always the trickle of promise as they emerge from the underground, a whisper from mouth to blog that there’s some fresh, talented blood on the music scene.  But like Frankenstein’s Monster, good bands can stray from their hopeful path and prey on a few villagers along the way.

Spoiler Alert: He kills her and throws her in the lake.

The list of overrated bands is exhaustive and very much subjective, but there are definitely some acts that induce earbleeding more than others.  Too bad every radio station insists that they’re the one you want to hear right now.

Despite how each of us differ in taste, one thing we can all agree on is that bands who are labeled as “overrated” by our drunken friends ranting from across the bar are undoubtedly prolific to say the least.  Yes, we’ve heard of OneRepublic – only every 5 minutes for the past 4 years (cue “Apologize”).  Unfortunately Ryan Tedder and his (*cough cough*) genre-less project only make the [Dis]honorable Mention section of our countdown, but the same principles apply to the other groups that we wish would just go away.

Thank you for Dookie, Billy Joe, but we don’t need three albums in a row and your version of Angry Birds.

If we’re all being completely honest here, an exhaustive list of overrated bands would take up all the bandwidth on this site.  But, since Ascher is a cheapskate, we’ll stick with just ten.

No band epitomizes the talent-gone-to-rot example more than Las Vegas’ little indie band that could, Imagine Dragons.  It’s hard to picture it now, but a mere two years ago no one had heard of these fresh come-ups from the City That Never Sleeps.  Now we’re lucky to flip on the radio without Dan Reynolds bellowing that he’s “radioactive.” They’ve arguably become more popular than Kanye (but don’t tell him that).

My main qualm with Imagine Dragons isn’t their astronomical rise to fame, though.  Back in early 2012, they deserved every drop of fame they were able to scoop up.  But then they teamed up with Alex Da Kid, hip-hop extraordinaire, to produce their rock(?) album Night Visions.  Unfortunately, what works for P. Diddy doesn’t always transfer to the world of rock-and-roll.  Da Kid handled the burgeoning talent of Imagine Dragons by muting the guitars, boosting the bass, and making everything sound like a backing track for the latest Eminem single (I’m looking at you, Demons).

It all makes for one of the most successful and most passable records in recent memory.  Too bad it won’t just go away.  It might take a few years before they go the way of Smash Mouth.

This one’s a given.  There are few people outside of the Bible Belt, mountain towns, and desolate cultural wasteland (I’m speaking primarily of Bakersfield, California and other like Central Valley ‘burbs) who genuinely believe that Nickelback has made any worthy contribution to society – besides teaching us to hate Nickelback of course.  What makes Chad Kroeger and co. so revolting, however, isn’t their least-common-denominator post-grunge squall though.  If that were the primary reason, they would play second fiddle to Creed, Breaking Benjamin and Five Finger Death Punch.  No, it’s because despite universal agreement that they are the worst band in the universe, they refuse to go away.  I know all the words to “Photograph,” “Rockstar,” “How You Remind Me,” and “Something in Your Mouth” and I shed a tear every time I’m reminded of this.  Now if you’ll excuse me, I’m going to go cry in my bathroom.

The music industry has had a raging hard-on for boy bands ever since the Beatles disembarked their plane in 1964.  Fast forward past New Kids on the Block, N*Sync, and the Jonas Brothers and we’re left with Britain’s latest contribution to American society, the barely-legal quintet (rejoice, cougars) One Direction.

While they may not be gaping a**holes like a certain “rhymes-with-beaver” pop star, they still command a certain amount of talent-less swagger that guarantees them a spot on Top 40 alongside trash queens Rihanna, Britney and Ke$ha.

They may have a few redeeming gems in their increasingly incongruous discography (are they really on album three already?), but most of the radio-worthy crap they insist on sh*tting out isn’t just bad, it’s downright blasphemous.  Case in point, the Who-aping nugget, “Best Song Ever.”  Once you’re done rolling your eyes, take another listen to this baffling pop thumper that sounds like everything that’s ever come through your car radio with the exception of a “Baba O’Reilly” intro that plays like the knock-off hook used when the producer can’t afford the real thing.  I know you think this is the best song ever, guys, but you’re not fooling anyone else.

Another little indie band that got too big for its britches, Long Beach’s surfer-thug outfit The Neighbourhood convinced an unsuspecting public that it was actually worth a nickel when they released a little song called “Sweater Weather” (you may have heard of it).  Since no one else is saying it, I’m just going to do so now – that song is boring.  And so is the rest of their pretentious, holier-than-thou discography.  Jesse Rutherford and his gang of tank-top-wearing, tatted merry men parade under a plodding, forty-six minute debut that – all things considered – rivals Sounds of the Ocean as a good sleepy time album.  Unfortunately that ambient nonsense has no business invading my personal life like a crazy ex.

We all knew this was coming.  Once the dust settled after their 1995 opus, (What’s the Story) Morning Glory, didn’t we expect these British imports to just go away?  Noel Gallagher may have believed himself worthy of Beatles fame, but let’s face it, giant ego does not a great band make.  You need the talent too.

Unfortunately the subsequent years proved that Gallagher is more a one-trick pony than a bona fide talent.  Being able to regurgitate the melodic pop stylings of the 60’s and 70’s may have allowed them to steer the flagship of the second British invasion in the 90’s but hindsight shows that “Wonderwall” and “Don’t Look Back in Anger” are not more insightful or well-composed than anything from the Pulp canon…

Actually, I take that back, Morning Glory was a fun record.  So sue me.

Oh, Morrissey.  Every word out of your mouth makes me despise you more and more.  If he and Kanye West were to pit their egos against one another, the showdown would shatter worlds. 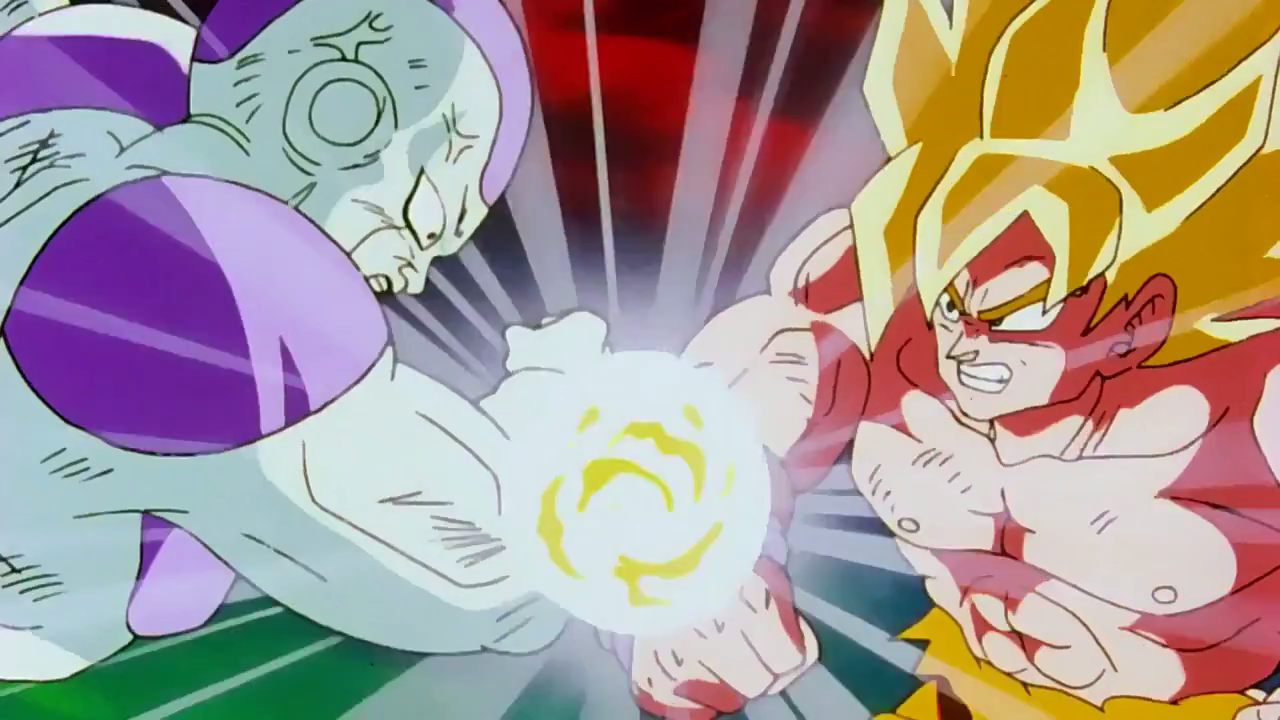 Putting personal prejudices aside though, Morrissey’s pivotal project, the Smiths, has become a hallmark for tasteless hipsters trying to prove that they have some musical knowhow.

Will you marry me if I listen to Meat is Murder, Zooey?

Unfortunately, in the world of 80s post-punk, the Smiths are only one of several pivotal groups that gave birth to a little genre we like to call alternative rock.  If we’re to thank anyone, toss Joy Divison, Sonic Youth and the Cure into the mix.  Yet somehow, the Smiths end up getting all the credit.  I assume that’s because Morrissey is a black hole that soaks up any and all publicity he can get.

I can’t count the times I’ve had the following conversation:

First of all, that’s not what I asked.  Had I asked, “Do you enjoy butt rock,” that would be an acceptable answer; however, that wasn’t the question.

Avenged Sevenfold is a decent band, but like many oversaturated groups, they’re a watered-down, “accessible” version of their ascribed genre – in this case, heavy metal.  They take the safe route with everything they produce, and as such, nothing in their discography is unique or surprising.  As soon as a new Avenged Sevenfold song pops up on my player, I can pretty much sing it word for word.  The melody is predictable and the obligatory guitar solo could have easily been ripped from an Anthrax or Mastodon record.  Kudos for bringing “metal” to the masses, guys, but how about you give me a reason to listen to you next time?

Sometimes, the listening public forms an obsession with a band for seemingly no reason at all.  Gather around, children, and we’ll have a little discussion about Kings of Leon.  I had been listening to the Followill siblings for several years before “Sex on Fire” hit the airwaves when they were a rough, unassuming southern rock group that never aspired to be more than that.  Then Only By the Night hit iTunes and the world was never the same.  The funny thing is that they didn’t significantly stray from their tried and true formula.  They were just okay and that was fine.  Yet radio – in that 3rd grade reading level way of theirs – decided that Kings of Leon were the best thing since sliced bread.  Now the world is populated with people who know all the lyrics to “Use Somebody.”  Not that that’s a bad thing.  It’s just not a great thing.  If those people instead knew the words to “Hey Julie,” the world might be a better place, but I digress.

I can feel myself tearing up as I type this.  The Killers used to be an amazing band.  Popping out of the nether regions of nowhere, their debut Hot Fuss reminded us all why we fell in love with the post-punk movement of the mid- to late-80s.  Angsty, driving, and ridden with synth-flavored nostalgia, we were all singing that we had soul but weren’t soldiers until Justin Timberlake ruined it for us.

Unfortunately, with every subsequent release, the Killers have declined in quality.  Sam’s Town was passable, but their latest, Battle Born, had us scratching our heads and wondering what we fell in love with in the first place.  Frontman Brandon Flowers abandoned his tortured Ian Curtis persona for a phoned-in Bee Gees audition.  It’s sad to see your favorite bands go down the drain, but it happens.  Hopefully the radio will catch on soon and the Killers will go the way of the Strokes.

Okay, for the umpteenth time, someone please explain to me why Thom Yorke is the spokesman of our generation.  As a music reporter, I do my homework from time to time (when Adventure Time isn’t on) and read music articles from here to the end of the Internet, most of which praise Radiohead as the harbingers of alternative rock.  But why?  With the exception of the brilliantly nuanced OK Computer, Radiohead’s discography is rife with pretentious slow rock that takes more pleasure in indulging itelf than giving the listener anything of value.  It’s a concert of elevator music – trust me, I’ve been to a Radiohead show.  And despite their low-flying presence (they haven’t made an appearance on rock radio since In Rainbows jizzed on the interwebs with its revolutionary pay what you want strategy), Radiohead continues to be the band that nobody rocks out to, but everyone gets sad in their bedroom to.  Fair enough, since I get sad anytime Rolling Stone praises them as the Messiahs of music (again, don’t tell Kanye).

Know of any more bands that should just go away?  Let us know in the comments below.