Posted On February 8, 2015 By Keegan Boisson-Yates In Music, Shows

I found myself shouting at regular intervals as I witnessed Andre 3000 work the crowd, make love to the microphone stand, and milk the life out of his performance at Lollapalooza. I thanked God, Allah, Buddha, Oprah and Tom Cruise that I was blessed with the opportunity to witness Outkast perform live.

Unless you are legally deaf, there is no acceptable excuse for not liking music. Studies show that people who don’t enjoy music are actually mentally messed up. That isn’t a joke, there is a real study about that. I once knew a guy who didn’t like music, he also used to put hot dog sausages in his cereal and watch Fox news on purpose… I know right!

I’ve been majorly obsessed with music and the lives of my favourite musicians even since before I could walk. The first time I discovered that I could listen to real music that just wasn’t coming from the radio, and that there were explicit versions of songs, I felt like what I imagine it must feel like to do ecstasy. Then when I realized that those same musicians actually get on stage and perform live, I felt like what I imagine Christians felt like back in the day when they heard that Jesus had risen.

And alas, festival season is upon us and I would like to let you all know why it is important to try to see as many of your beloved musicians live before it’s too late.

The year is 2013 and the Legends of the Summer tour just begun. My girlfriend at the time bought us tickets to go see them perform and when she told me this news I proposed to her immediately. She said no because I didn’t have a ring and because I was broke but we still went to the concert. The king of pop and the king of rap, both undisputedly so, sharing the same stage, taking turns tearing the crowd apart. I believe I cried at least seven times, not like a sissy though because I’m a tough, rugged type of dude you know? But it’s hard to contain yourself when your hero sets the arena on fire, not a metaphor there was literal fire coming from those speakers, and cranks out classic after classic like “Big Pimpin” and “99 Problems” and you get the feeling inside of you that you can achieve anything as you see the grown man live out the dream of the kid from Brooklyn. The nostalgia is crippling almost and just as you think it can’t get any better, the grooviest white man to ever grace the stage (Michael Jackson was black) comes out and hits you right in the chest with hits like “Cry Me a River” and “Sexy Back” all the while dancing like if he has just been taken over by the holy spirit and also playing piano at the same time and all these other instruments like how can one person be so talented and all the girls in the crowd are bawling their eyes out and screaming Justin and you also want to join in and scream but you have to protect your manhood and pretend you didn’t love every moment of it. What I’m trying to say is the feeling is really indescribable and seeing the passion and adrenaline that goes into making that type of impact is incomparable to most things. If you ever doubt yourself, and your talent, and your ability to achieve whatever you want to achieve, look to your favourite musicians, imagine if they were too scared to make music and never brought you the joy of listening to it. Scary thought. 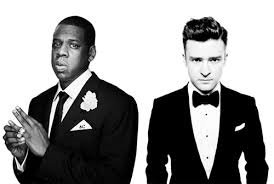 This was a defining moment in my life right here. Upon recently moving to New York I was excited about all the experiences I was about to have. I bought my ticket to go see Mr. West perform at Madison Square Garden and I knew it would be epic but I was ill-prepared. I was unaware that this level of legendaryness (For you grammar Nazis and fun haters I made that word up for the occasion, chill) could exist. Let me paint a quick picture, this man Kanye West had the stage set up like a mountain. He came down from the top and the rest is history. He made an audacious claim that he is our generation’s rock star and caught a lot of flak for it but if you had seen this show you would understand that he was being humble. The show included fireworks, angels, diamond-studded masks, an argument with the CEO of Google who happened to be in the crowd, and an appearance by Jesus. He was absolutely electrifying, he tore through the core of the crowd, and everyone was hit upside the head and left in a daze. I actually drooled at one point. I lost my voice and I almost lost my life. I felt emotions that I had never felt and I think I will never feel again. I left the arena with a different swagger, I felt like I could run straight to the jungle and jump kick a family of sleeping lions without any hesitance, I felt like if I jumped off of a building I would actually fly. The day after I called my high school bully and told him to meet me outside the local Denny’s so I could punch him in the jaw, all because Kanye really spoke to something in me. A good live performance really can make you appreciate your favourite musicians even more, they can change your life, and you can witness history. I was 5 feet tall before the show. I’m a 6 footer now. A good show can make you hit a growth spurt. You won’t understand the feeling until you see for yourself, trust me. Book your tickets! 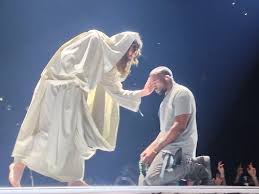 You know how a mother feels when she first sees the face of her new born? You know the feeling a wife gets when she sees her husband make it home safely from duty? You know the feeling fat people get when they order a large portion of wings? Then you almost know what it feels like to see Outkast perform live. Put those three things together and add the feeling a kid gets at Christmas and that’s what it felt like seeing the two dudes from Atlanta absolutely murder the set. If you are unfamiliar with Outkast, as in you have never at least heard “Ms. Jackson” or “Roses” or “Hey Ya!” then you’re wasting time reading this you should go back to the cave from which you probably came. To everyone else, they came out hopping and skipping and jumping and bouncing and at the time I will admit I was kind of scared because the Outkast crowd was quite intimidating and being front stage is no easy task, it definitely isn’t for the faint of heart. There is a video recording of me saying my last words to my mother because at one point I really wasn’t sure if I would make it out alive, but here I am to tell the tale. For the 90 minutes that they performed nothing else in the entire universe existed. I was struck, I couldn’t believe what was happening in front of me. As I’m writing this I’m getting goosebumps because the memory is so vivid. The people in the crowd ranged from 16 to 60, there was a lady next to me who had been to Woodstock there with her grandson. She was bouncing to every beat with as much vigour as me. Everyone swayed in unity, everyone chanted and sang and when it was all over everyone screamed encore. And when everyone was done screaming and it was time to go home, the crowd walked in unity and sang all of their favourite songs in a very Kumbayah type of way. Everything was right in the world. This experience will follow me to the grave. I talk about it every chance I get. 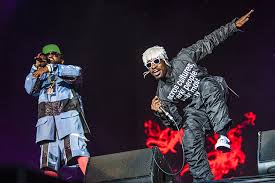 Music is made to inspire and unite, and does so for the most part. But if you look around, there is still a lot lacking in the world that we need. I believe music has the power to shift that, to bring that out. Every time I left a concert, I felt like I had grown into a better person. Spend your money on experiences rather than material, it is worth way more. I recently thought about what I would do if one of my favourite musicians died and I never got to see them perform live. If you have some extra money this summer, skip on the new dress or new shoe, go to a festival or performance instead. You may have a life changing experience.