Posted On July 21, 2014 By Anthony Luce In Buzzworthy, The Scene

A new study done by the National Environmental Warming Syndicate (N.E.W.S.) proves that many recent changes in the world can be blamed on climate change. The rising sea levels that will sadly wipe out Florida within the next century are now not the only thing being linked to the rising temperatures on earth. Most atmospheric scientists, with the exception of the few who got online degrees, agree that climate change is happening now at a rapid pace. Since I know that nobody will actually read anything at all that isn’t in a summarized list (Thanks a lot Buzzfeed), I broke down some of things that climate change has caused. 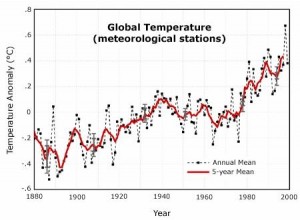 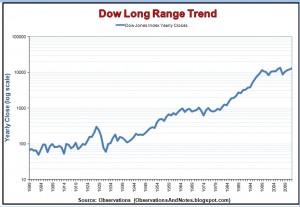 As you can see above, rising temperatures and market growth have a direct relationship. It’s a thing! 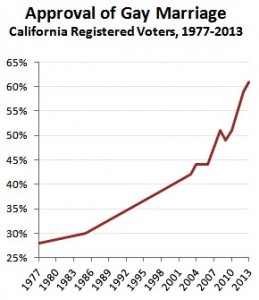 California has been in a drought for the past 3 years and gay marriage approval in the state has spiked in recent years. These two facts can only mean that as the temperature increases so does gay marriage.

There has been an increasing popularity in electronic music in the recent decade, and atmospheric scientists are saying that climate change is to blame. Electronic music may have been introduced years ago, but due to low temperatures in Sweden the people were stuck inside most of the year. Now that the temperatures are rising, Sweden is warm enough for its citizens to come outside and share their electronic masterpieces. This has lead to electronic music infiltrating every radio, iPod, and frat house around the globe.

Evidence suggests that CO2 emissions started to rise drastically during the 20th century. Since then there has been two World Wars. Coincidence? I think not. It’s proven that when temperatures are warmer, people become more easily agitated. So next time someone asks, “How did World War I start?” The assassination of Archduke Franz Ferdinand and climate change is the answer.

Anthony is a graduate of UCSB who spends most of his waking hours working as an accountant and trying to find a better career path. On the weekend he studies for upcoming CPA exams he hopes to one day pass, but usually gets distracted and writes articles like the one you just read skimmed. He is very critical of the world, however does not judge people’s decisions unless it comes to consuming calories.