Posted On February 28, 2014 By Renée Rapin In Buzzworthy, The Scene

So leave it to Japan to start the most obscure trends. Earlier this week the Nestle Purina PerCare Company opened the Restaurant Mon Petit in Tokyo (can someone please translate that website for me? I’m really curious as to what it says). Feb 22 was Cat Day in Japan, which is technically an unofficial holiday, but clearly a big deal if they opened a whole restaurant for the occasion. Anywho. For you cat lovers out there this restaurant is only open for a limited time so hurry and get your ticket to Tokyo!

The Restaurant Mon Petit serves French-style meals that are inspired by, of course, cat food!

It’s totally my dream to eat canned cat food…said no one ever. I once got dared to eat a beef jerky dog treat but I definitely don’t want to experience that again.

Guests are offered cat ear headbands to wear so they can feel more cat-like.

The most terrifying part to me is that they have a digital, real-time motion capture that turns you into a cat. Oh dear.

However, they aren’t allowing just anyone to eat here. There was a lottery on the website that offered seats to 160 lucky cat lovers. Sadly, the restaurant will close on Monday. But who knows, cats have nine lives so…hopefully it will come back for our pure entertainment.

This is really the only appropriate internet-related cat thing I could think of.

I’ve got to give props to my lovely friend and editor of Writtalin, Mr. Ascher, for showing me this gem of the internet. There is such a career title as being a professional cuddler. I know what you’re thinking…but please keep reading.

How I imagine these sessions go.

This is totally real and people actually do this for a living and get paid for it! According to this website, the profession of cuddling is a growing business in today’s economy, as they believe cuddling with a stranger brings contentment and solace. So here is one fabulous woman, Samantha Hess, who will totally snuggle up to you for a small price. Hess claims she is the happiest person alive and has a positive touch. But be warned, this is strictly a loving snuggle, not a sexual one. Hess states on her website, “nudity of any kind is not acceptable for this service–on your part or mine.”

Doesn’t she make you feel like rainbows and butterflies?

You can chose 30 minutes of cuddles for $35 or 60 minutes for $60. However there is an additional mileage fee if you are more than 5 miles away. And you totally can arrange an overnight cuddle-sesh. One requirement: you have to shower and wear only mild perfume. Hess will come with clean teeth and hair but if you prefer something else, let her know! And you have to sign her waiver.

This must be Sam’s world.

So once you order a session with Hess, she’ll meet with you for a few minutes before you get your cuddle on. She recommends you wear your pjs and it’s up to you if you want to talk. She also briefly discusses “natural reactions.” Hess states, “This will happen from time to time. When these things come about we just change positions so that it does not become a focus of the session. I make a great ‘big spoon.'”

I will never understand the human race. A farmer in upstate New York recently caught two men on camera having sex with his cows.

The two men broke into his farm at night and filmed themselves in the act. The farmer had a feeling something strange was going on when his cows started acting anxious and stopped producing milk. Poor New York cows. I bet they’re wishing they were California happy cows right about now. 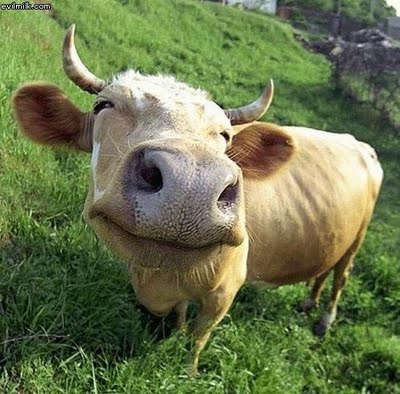 The farmer turned the tape into the police and the two men were arrested for misdemeanor sexual misconduct and released. So here’s my question. Where’s the therapy for the cows?  They have to be scarred for life now. I’m officially grossed and weirded out now. Thanks world.

A grandmother and her daughter-in-law ordered some Whoppers from the BK Lounge and must have done something to upset the man in the drive-thru speaker. When the group received their receipt the customer name was definitely a surprise. So much that it made the poor little grandma cry. We all know what that says…

The manager on duty apologized for the note and a Burger King rep said the company was looking into the ordeal. They have since caught the culprit and fired him.

However they leave one question unanswered: Why did the BK worker write such a note? Clearly, ol’grannie and the daughter-in-law did something to upset him. You don’t just call people something like that for no reason…I want some more explanation. This could have been a huge plot for the two women to try and get free Whoppers for life. Think about it…

What some people will do for this man…