Posted On March 1, 2014 By John O'Neill In Advice For Men, Sports, Sports Takes

5 Badass Sports You Should Be Watching

Statistically the most dangerous race in the world, the Isle of Man race has killed over 240 of its racers. The race is a motorcycle tourist trophy race held on the Isle of Man. It was first organized in 1907 and continues today. It survived both world wars, has seen different classes-  from amateur, to expert, and even side-car. It is now a high speed, high risk, and completely badass motorcycle race, deserving of your attention.

In the world of free climbing, no name stands out more than Alex Honnold. Honnold came to fame when he took on difficult climbing routes … without a rope. He most recently climbed a 1,500 foot wall near mexico. The video is dizzying. Watch the ground slip away as Honnold and other free climbers make their way up towering routes with no support. One slip, one mistake, separates success from death.

Leave it up to the Scandinavians to elevate a bar bet to a full-on, crazy, cold, international and competitive race. This swim/run race features 6.2 miles of swimming and nearly 40 miles of trail running. Competitors swim from one island to another island, run across that island and then swim to the next island, and so on. The water is cold, the ground is rough, and the endurance is something beyond typical. Not only is this a race you can watch, you can also participate… for $1,600. 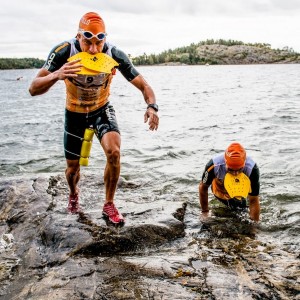 With the support of Red Bull, Crashed Ice has come into somewhat of a spotlight. Despite it’s wintery beginnings, even the Hawaiians would be entertained. Racers wear full hockey gear, hockey skates and race down a luge track with jumps and turns. Like skier or boarder cross, the racers start up to five at a time and have at the course and each other to be the fastest way down. Obviously, chaos ensues.

Okay, most everyone has heard of it, but have you ever watched it? I thought not. Despite it’s insane barriers to participation (a polo horse can cost thousands, if not tens of thousands of dollars, and the sport was once referred to as the sport of kings) anyone is welcome to watch. Polo can be fast and unpredictable, and the skill level of the top players is amazing. It is also reasonably dangerous (read: Christopher Reeves). As the players go at each other to score on opposing sides of the field, commanding a horse to strike a small ball with a long club gives plenty of incentive for interesting play.

20 Ways to Prepare for and Survive Shoulder Surgery, or any Surgery (and make the most of your time off)