Posted On July 14, 2014 By Hunter Simmons In Sports, Sports Takes

We know all about the All-Star athletes that were voted in, but let us take a moment to identify some All-Star fans. And by “All-Star,” I mean “stereotypical.” A lot of these types can be found across all sports, but there is a certain uniqueness that can be applied to the sport of running occasionally and sitting on your ass for half of the game.

Some people just need numbers in their lives. Some people don’t trust professional scorekeepers. For whatever reason, there is a breed of horsehide fans out there that are simply obsessed with tracking their own way through the game. As if watching a game wasn’t monotonous enough, these folks fully enjoy the liberating feeling of drawing lines and numbers. Many would argue that this helps them pay attention to the game. I wonder if that could be the new ADHD litmus test… 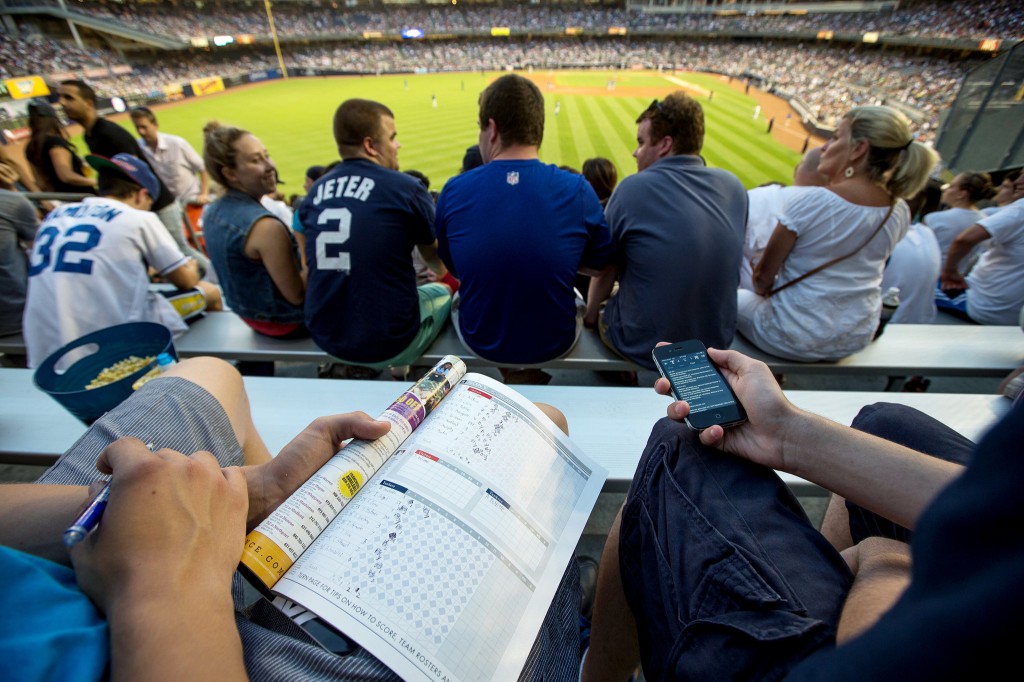 One of the great things about baseball is that you can attend a regular season game, not have any idea what’s going on, and still enjoy yourself. Most modern ballparks are geared towards this particular fan. There is so much to do at the ballpark these days that one could easily entertain himself or herself without watching a single pitch. In San Diego, for example, Petco Park offers patrons a huge selection of food and drink vendors, including the introduction of the local craft beer industry. Guests may also want to explore the historical aspect of the San Diego Padres (read: statues and memorials) or enjoy the Park at the Park, a grassy knoll located beyond center field with a playpen for the youngsters and, you guessed it, more food and booze for the adults. And it’s a good thing, considering the Padres’ record so far this season. 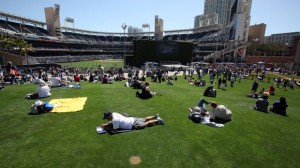 Enjoy a picnic, and oh look, there’s baseball going on too!

With the current prices of ballpark brewskies, finding actual drunk people has become rather difficult. However, there are two distinct versions of intoxicated fans at baseball parks. First, you have the happy drunk. He doesn’t care if his team wins or loses, because he came to have a good time gosh-darnit! The Happy Drunk typically begins to lose interest in the actual game itself by the fourth inning or so and becomes suddenly more interested in the people sitting around him by conversing at a very high decibel rate. If you’re lucky, you may catch this gem taking selfies with the cotton candy guy, or worse, attempting to start the wave.

On the flip side, we have a sorry excuse for a human being. When you think about it, there really is no room for belligerency at a baseball game. It’s not a contact sport, after all. But some people are so juiced up on testosterone that they have to expel their pungent aggressions somehow. If their team wins, most crises are averted. The Belligerent Drunk will simply walk out to the parking lot screaming, “Let’s go ___________, let’s go!” Over and over and over again. God help you if you find the Belligerent Drunk in the ballpark after a tough loss. You’ll hear them coming if you can pick up on someone stumbling and yelling out an F-bomb every 10 seconds. This person figures that if the athletes aren’t going to duke it out on the field as they do in football and hockey, then he or she will take matters into their own hands, as we saw unfold at Dodger Stadium three years ago.

Win or lose, The Diehard is there. These are the superfans of baseball. The fourth+ generation Cubs fan that awaits that mystical World Series Championship. The Nationals fan who followed their team even when they moved from Montreal. Don’t be fooled by poser diehards out there. (People wearing hats with the ‘B’ from the Brooklyn Dodgers are simply adhering to the latest sports fashion trends.) Ask any diehard fan about their team and they will begin their tale with, “I’ve been going to ______ games for as long as I can remember.” Many ball clubs would not have what little support they have if it weren’t for The Diehards. 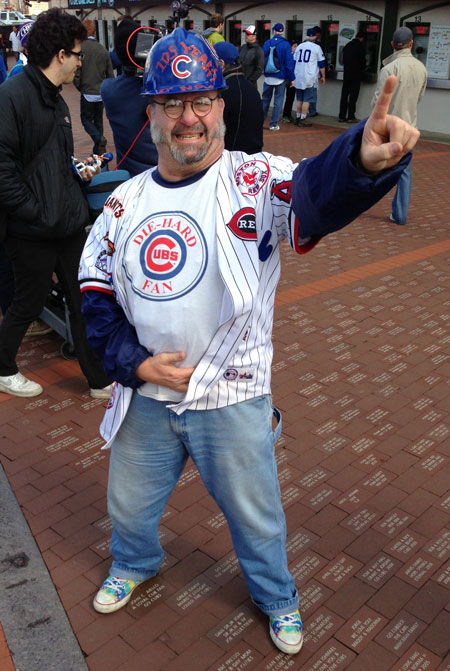 Whether you dig baseball or not, going to a ballpark and enjoying an (expensive) beer and (expensive) hot dog is quite a unique and American experience. Worst case, you get to make fun of grown men wearing tight pants, waving sticks, and running around in circles for three hours.