Fantasy Football: The 5 Things I Re-Learn Every Season

This year marks my 9th season of fantasy football participation, and I’m saddened to admit that I’m still as much of a noob as I was in 2005. Sure I’ve had some solid regular seasons, and made the playoffs numerous times, but I am still championship-less. It’s not that I can’t learn from my successes and mistakes. It’s just that in the months between January and August, any helpful fantasy football info gets muscled out of my brain by life. But now that the greatest sport in the world is coming back around, it’s reminding me that I actually have learned a thing or two…. or 5.

There is a tendency to magnify early season losses. But the fact is, my team in weeks 1-3 is oftentimes vastly different from my team in week 12 (Thank You God!). The best way to handle the ensuing trash talk from your league mates is to simply let the season unfold. On any offensive play, we know for sure who will touch the ball. QB, 100% of the time. RB, 40-50% of the time. So it boggles my mind why anyone would take a Receiver with their 1st round pick. I understand that there is a tendency for drafters who pick late in the 1st round to feel somewhat desperate. They may feel as though no good RBs are available, but this is no reason to act irrationally. At this point, many will make a play for the top WR, especially if it’s Calvin Johnson. But if there is anything I’ve learned after many fantasy successes and failures, it’s that WRs fluctuate more than yearly sunlight levels in Alaska.

Even the most talented WRs will have a rough year every now and then because too many factors are outside of their control – including the most important one… getting the ball thrown to them. There are many good WRs in the NFL but very few are worth drafting before a proven RB and QB. Most years, my league will have several season-ending top 20 WRs either get drafted in late rounds, or go undrafted all together. Bottom line? WRs are like climate change. Hard to predict, yet everyone thinks they can do it. 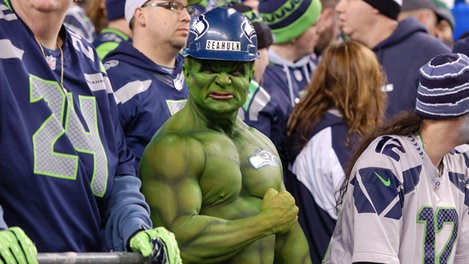 There is a lot of discipline involved in fantasy football. If you draft based on star value alone, your team is doomed. This ties into #4 a little bit. Through the years, I’ve seen people draft the Chad Johnsons, Randy Mosses, and T.O.s of the world because of a variety of shallow factors. They play on your favorite team, they are your favorite sports celebrity, or you think their girlfriend is smoking hot. All of these factors might be true, but they don’t justify a slot in your lineup. Especially if you sacrifice your team’s needs just to have them. Back when Brett Favre was with the Vikings, one of my league mates drafted him ahead of both Philip Rivers and a proven RB who I can’t remember at the moment. Yep. We all know how that one turned out.

Although it’s tempting to lock yourself into a shortlist of favorites, it’s detrimental to your team’s success. Draft your team by the stats not the jerseys.

#2. The Waiver Wire Will Save You

A lot of people think the conclusion of the draft means the end of their team’s construction. But the truth is, I never stop building my team. First of all, how do I know whether I had a successful draft or not? Draft picks are ostensibly educated guesses. Nothing has been proven for the coming season. For me, I look at the draft as the beginning of a long novel. Next chapter is free agency.

The time I cherish are Weeks 1-5. This is when I make the most acquisitions and drop the dead weight. This is when my real team is born. I can autopick my entire draft and still have a first place season if I use the waiver wire effectively. The key is in recognizing a potential trend from a one-time fantasy outburst. First couple weeks are hard to differentiate in this regard, but by the time I hit Weeks 3 and 4, trends become evident. I just have to make sure I snatch up my guys before the others decide to.

A couple of years ago, my good buddy in this league drafted Adrian Peterson with the number 1 pick. Pretty good in and of itself. But in the days leading up to Week 1, he made an acquisition that completely altered the complexion of our league. Hearing that the Houston Texans were sitting their starter, Steve Slaton, he picked up a relative no-name…. Arian Foster. For the next 12 weeks, he absolutely pummeled us. His average was well over 130 points per game. Sometimes, he would score more points between the two RBs than the entire team he was playing. We were all bitter because he had taken advantage of something we missed out on. He was wide awake while we were asleep. Either most of us were too blind, or too inept to see Foster’s potential. Or, like I said, just asleep.

As you can see, free agency is there to help you if you are willing. Like an AA sponsor. But you have to be diligent. Keep up on league news and pounce on a free agent when you see fit. If done right, they can be a….. #gamechanger.

Time for a cliché. You ready? It’s just a game.

Fantasy football is exactly that… FANTASY. Unless you have a lot of benjamins riding on your league, it really doesn’t matter how your team finishes. What does it matter if they don’t win the division? Or they miss the playoffs altogether? Or, dare I say, they fail to win a game? If these prospects devastate you then you are playing for the wrong reasons.

Last season, my team finished 1st in our league. Most of my victories were blowouts. Of course it helped that I had Peyton Manning, Adrian Peterson, and Knowshon Moreno in my backfield (recall #4). I earned a first round bye in the playoffs, meaning I was automatically granted a berth into the semifinals. As fate would have it, I would get blanketed by my opponent, scoring my lowest point total of the season. Was I upset? For all of 5 minutes. Then I was happy again. I reflected back on all the lopsided wins I had had that season. I recognized that I’d put myself in the best position to win a title, and just had a bad week. Yeah the timing of the bad week sucked, but it happens.

Football has never been this much fun. It’s like I own a stock in every game. On a Sunday, I watch stats on my computer like a stockbroker watches the indexes . I’ve never been so on the edge of my seat for Browns vs. Titans. And there’s nothing more exciting than watching games with fellow fantasy football friends (or FFFs).

I’ve learned that fantasy football is truly a community I am honored to be a part of.