Posted On April 5, 2014 By Ascher Robbins In Gambling Life, Sports

The Madness has subsided and we’re down to the Final Four challengers for that oh-so-elusive final clip in the annual “One Shining Moment” montage. Florida, the #1 overall seed, we certainly expected to be here. Wisconsin, the #2 seed in the West, isn’t much of a shocker. Kentucky, the #8 seed in the Midwest region is a bit of a surprise, but nobody doubted the talent on the team that was ranked #1 in the preseason. UConn, who was ranked as high as #10 in the nation during the regular season, is a surprise as well, but the Huskies also feature plenty of talent, and seem to be putting everything together at the right time.

All four remaining teams are capable of cutting down the nets on Monday, but before they can get the scissors ready, they need to survive this evening. Here are my picks against the spread (current as of 2:00am), and general predictions for the Final Four games. 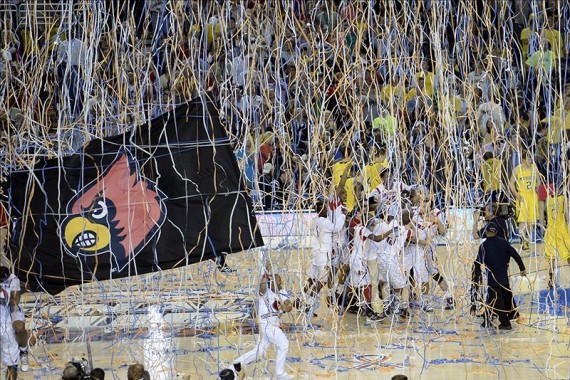 Whose flag will fly across the court this year? We’ll find out on Monday.

Alright. The Gators are favored by 6.5 points here, and that’s no surprise. Florida has made it through its first four tourney games without having a single contest decided by single digits. The Gators have rolled each opponent thus far, and the spread reflects it; the line opened at Florida -7.5, but the public has bet it down. Clearly, Vegas thinks that the Gators are heavy favorites here.

So why is the public jumping on UConn? Oh yeah…UConn already beat Florida on a neutral court this year. Granted, that game was on December 2nd (ages ago) and Florida has reeled off a ridiculous thirty straight wins since then. But make no mistake, the Huskies are capable of winning this game. Shabazz Napier is a STUD, and he’s doing the best Kemba Walker impression any man can muster. Much has been said about Florida’s maturity, experience, and depth, but UConn and Florida are complete equals in those categories. Napier, Boatright, and Co. will be able to hang with the Gators, even if they don’t get the W. But hell, it’s the month of Madness (March really ends April 7th, okay?) and I’m going with my heart for the prediction, but logic for the pick. Read ’em and weep. 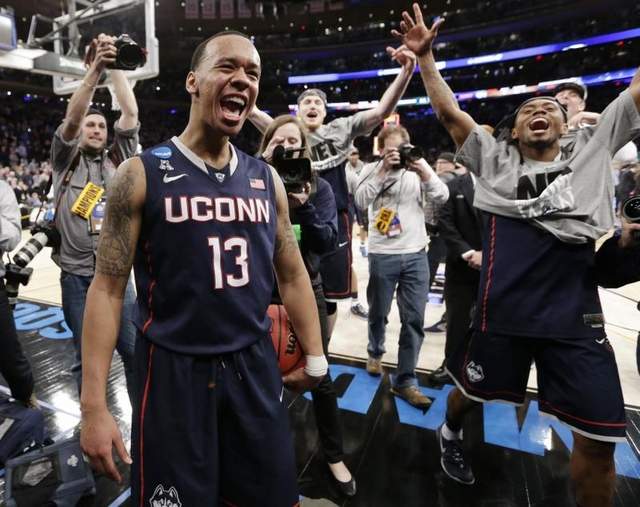 Shabazz Napier is ready for a few more shining moments.

Seeds be damned, the 8-seed is favored over the 2-seed here, as the Wildcats are 1.5 point favorites over the Badgers. I can’t say I’m shocked – Kentucky has finally looked like who we thought they were back in the preseason of late. The Wildcats may be the youngest team in the country, but they are BIG, they are STRONG, and they are ATHLETIC. John Calipari’s team has looked every bit of a true contender thus far, and I don’t expect them have too many problems with Wisconsin, as they’ve already gone through a wringer of elite teams to get this far.

As for Wisco, Frank Kaminsky is ballin’ out of his mind lately, but I’m not sure his run will continue against physical, huge behemoths Julius Randle and Willie Cauley-Stein (and yes, I’m assuming the latter will play as I make these picks). At the end of the day, I just think Kentucky is too athletic and physical and BIG BIG BIG for the Badgers. The key stat: Kentucky ranks 5th nationally in rebounding…Wisconsin ranks 261st. I wouldn’t be surprised if Calipari’s boys win comfortably, but due to Cauley-Stein’s uncertain health and status, other results are very possible. Nonetheless…

The Pick: Kentucky (-1.5) OVER Wisconsin

Kentucky is looking like the powerhouse we thought they’d be before the season.