Posted On April 1, 2014 By Tyler Boschert In Sports, Sports Takes

A Holy Day for Fresh Starts

One of my favorite holidays is in full-swing. It’s a day when the beauty of spring is in its fullest splendor. It’s a day for rebirth and renewal. It’s a day with no regrets when anything is possible.

I’m an atheist, which means I don’t have the right to observe any religion’s holidays (On occasion I have been mistaken for, beseeched to become, or half-seriously referred to as, Jewish. Alas, I’m not that cool. And I still have my foreskin). I’ve never experienced the fullest joy of Christmas or the humble, celebratory sacrifices of Passover. And Easter is particularly problematic — it was, in fact, my complete inability to believe the story of Easter that first made me wonder whether I was religious.

But I do understand the nature of Easter. Because I’ve got my own version. 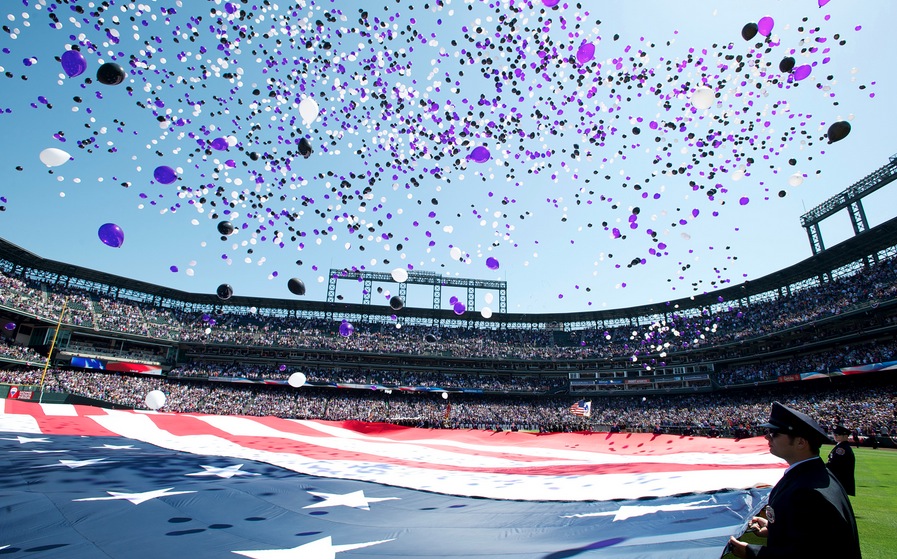 Baseball is the nearest thing I’ve ever had to faith; my views on religion (and most other things) closely parallel Annie Savoy’s. The game makes a kind of innate, inexplicable, organic sense to me that nothing else, and certainly nothing else created by human beings, ever has. Baseball is an inseparable part of my being, and though I was never much good at actually playing it, attempting to unravel its endless intricacies and understand its history and folklore has always been my favorite pastime. Its traditions are my traditions, its saints are my saints, and its holy days are my holy days.

And Opening Day is the greatest baseball holiday of them all; nothing else comes anywhere close. On Opening Day, every team, every player, every fan is in the exact same position. On Opening Day, the 1998 New York Yankees and the 2003 Detroit Tigers both looked at the 162 games to come and said, “You know, we might have a shot this year.” Opening Day is zealously egalitarian and optimistic; the cathedrals of Baseball throw open their doors and pack in congregants who come to pay tribute to their idols and take communion. The impossibly green grass holds the promise of so many lazy, wonderful summer evenings to come. Everything about the nine-inning garden party that is the greatest game in the world is amplified, magnified, sharpened. No exhausted journeyman pitcher has left a fastball up over the middle, no rookie middle infielder has lost an easy popup in the sun, and no umpire has screwed anybody’s team with a preposterous call that every fan’s blind grandmother could have gotten right. All of the sins of the past are forgiven; all of the virtues of the future lie in tantalizing wait. And nobody seems to remember that this game, this wonderful game, with its clean chalk lines dividing fair play from out-of-bounds, and its ninety-feet-on-a-side elegance, and its ivy, and its Monster, and its magnificent, unfathomable beauty, is designed to break your heart.

Every year, Opening Day is, for me, a nearly mystical experience, and it instills in me a peculiar set of emotions. Most of these are some kind of excitement or anticipation, but there is also a need to balance all of my accounts, to apologize to those I’ve wronged, to reckon with those who have wronged me — in short, to start a new year with a clean slate. Opening Day is the day for clearing out the cobwebs, literal and otherwise, that accumulate over the long, dark, lonely winter.

On Opening Day, I am reborn, taking the world on its own terms, harboring no ill will and extending no unearned favors. I know of no feeling so liberating.

This is not to say that there are no rules on Opening Day. Everything will be too expensive, the best seats will be taken up by bourgeois lawyer wankers with expense accounts and no baseball knowledge, the designated hitter will be an abomination, the Boston Red Sox will be the earthly visitation of Mephistopheles himself, and the Chicago Cubs will not win the World Series — some things never change, after all. And the six months to come will feature plenty of brutal reminders of baseball’s torturous nature: called third strikes and managers ejected by crotchety umpires and ruptured ulnar collateral ligaments and probably a positive PED test or two.

But on Opening Day, none of it matters. Yesterday’s pain is forgotten.

Today, at PNC Park, a father and daughter will share a bag of peanuts in the cheap seats. At Citi Field, a beer vendor with a good sense of humor will take a picture of a bachelorette party. At Camden Yards, a man who forwent his usual tie in favor of an Orioles cap will call into the office to tell them he can be reached by cell phone, and then turn off his cell phone. At the perfectly-named Great American Ball Park, the Reds will trot out onto the field for the 146th consecutive year.

And all across the United States (and Canada — I see you, Jays fans), the congregation of the Church of Baseball will breathe a sigh of relief and settle in. The past is buried, and the long, glorious summer is coming.

Tyler Boschert is a writer for Writtalin. Tyler is a third-year J.D. student at the University of Colorado Law School. He holds a B.S. in chemical engineering and economics from Northwestern University and is a registered United States patent agent; he will begin work as a patent prosecutor for a Denver-based intellectual property law firm in the late summer of 2014. A native of Colorado Springs, Colorado, his red blood cell count is probably about 15% higher than yours. His interests include classical liberal philosophy, jazz music, every Colorado-based professional sports team (plus, when he's in a masochistic mood, the Northwestern Wildcats), and food and alcohol he cannot possibly afford. When he's not doing his job, which mostly involves writing, he's pursuing his hobbies, which mostly involve writing. You can email Tyler at: [email protected]