Posted On April 2, 2014 By Darryl Brazley In Sports, Sports Takes

NBA: Where The Playoff Push Happens

Here are the NBA games you don’t want to miss this week. All times are Eastern.

When 2014 began, it appeared that we were headed for another year of depressing New York City basketball. The Nets overpaid for Paul Pierce and Kevin Garnett and they weren’t getting the results that the owners planned for. The Knicks didn’t make any major offseason improvements and the acquisitions of Metta World Peace and Andrea Bargnani were disastrous. Admittedly, neither of those two statements have changed at all in the last few months. Trading future picks for Pierce, Garnett and Bargnani were still awful ideas, but now the Nets are a near lock to make the playoffs. The Knicks, while still on the outside of the playoff picture, are only a game away. There was a time not too long ago where it appeared that this year’s Eastern Conference would be far worse than any other conference in history. On December 1st, only the Miami Heat and Indiana Pacers even had winning records. Now the majority of the playoff seeds are at .500 or better (Only the 8th seed will have a .500 or worse record, and to change that, Atlanta to win the rest of their games this season). 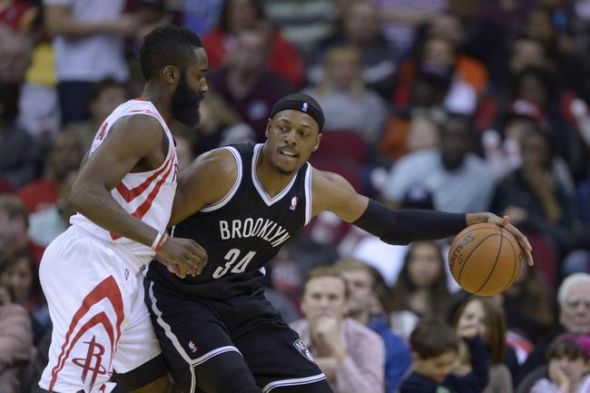 It took awhile, but Paul Pierce and the Nets are on the right track.

San Antonio is the number one seed in the Western Conference. They are 3 ½ games ahead of the Oklahoma City Thunder and 5 ½ games ahead of the LA Clippers with only 8 games remaining.  The Thunder have to worry about the fragile health of their starting guards. Westbrook has had 3 knee surgeries in the last year and Thabo Sefolosha has a calf injury and he’ll be out until at least April.The Thunder are still a formidable opponent as long as the MVP, Kevin Durant, is healthy, but there’s no chance that they will escape the West without major performances from his supporting cast.

The second part of TNT’s double header allows me to talk about a Western Conference team that I’ve had to make a concerted effort to watch. Dallas is currently tied with Memphis and Phoenix for the last two playoff spots in the West. They are 1 ½ games behind Golden State for the 6th spot. Dallas has been buoyed by the efforts of Monta Ellis, the former Golden State and Milwaukee guard. Ellis, while still occasionally atrocious on defense, continues to carry teams on offense for stretches and has completely replaced the production of OJ Mayo. Old standbys Marion, Dirk, and Carter continue to show their worth on this team, making the Mavericks a nightmare in April. 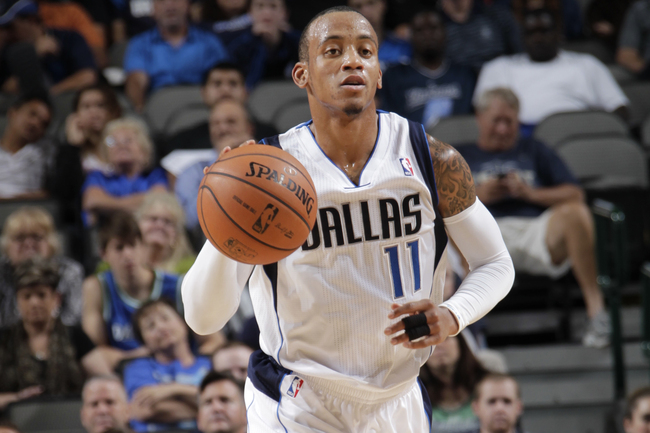 Don’t count Monta Ellis and the Mavericks out just yet.

2014 has been awful to the Nuggets. When the year started, I predicted that the Nuggets wouldn’t make the playoffs in a loaded Western Conference.  They’ve lost Nate Robinson and JJ Hickson to injury. McGee barely played this season and Gallinari has missed the entire season due to injury. They aren’t quite tanking because they still enough talent to get by even if they aren’t a playoff contender.  The biggest problem is that the Knicks have improved and now may make the playoffs. The Knicks traded their 2014 first round pick to the Nuggets in the Carmelo Anthony trade. Now it looks like that pick will be out of the lottery, as opposed to the mid-lottery pick that it appeared to be earlier in the season. The Nuggets will already trade their worst first round pick to the Orlando Magic. This means that the Knicks pick will go to Orlando as a remnant of the Dwight Howard trade that the Nuggets used to obtain Andre Igoudala.

Patrick Beverley is out until the playoffs with a meniscus injury. This was the the same injury that Russell Westbrook obtained last year when Beverley knocked knees with him in last years first round matchup between the Thunder and Rockets. After the Harden trade, it appeared destined that the two teams would be rivals in the Western Conference for a long time, and the Westbrook injury only serves to fuel that rivalry. Excellent shot-blockers Dwight Howard and Serge Ibaka continue to wreak havoc on each other’s offenses. Harden and Durant are excellent at collecting fouls and doing all of the extra things on offense to help their teams. With Sefolosha coming back, this could be an amazing matchup in the playoffs. As NBA fans, we should be so lucky. 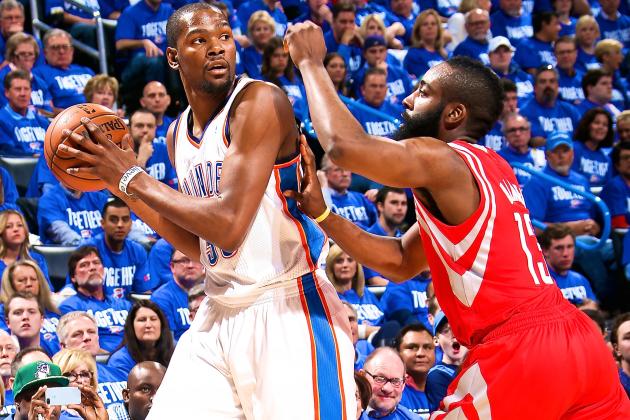 New York at Miami, 11AM ABC

Potential first round matchup. The Knicks aren’t going to beat the Heat, but in a seven game series, it’s not impossible that the Knicks make the series closer than the Hawks would. Carmelo Anthony still has the most points scored in a game this season. He’s the second best scorer in the league right now and he could carry the Knicks to a couple of wins on his own.

I like watching the Lakers play basketball. They aren’t good, and many of their players are defensive sieves, but watching D’Antoni run an offense is still amazing, even with lackluster talent. Watching players like Wesley Johnson resemble NBA talent after being left for dead by his former team is fun to watch. It’s a shame that this game is on national TV.

The Pacers have lost 6 of their last 8 games. Just consider that. Meanwhile, the Atlanta Hawks have had a sad couple of months. After losing Horford, they’ve been slowly freefalling. They have the option of trading draft picks with the Nets at the end of the year, and now, a trade wouldn’t improve their draft position. Now it looks like it will be the Hawks who miss the playoffs and enter the lottery for the first time since the 2006-2007 season. However, it was that season when they drafted Horford, and with some lottery luck, they could end up with a game changing player to help them escape their malaise.

Phoenix, the feel good story of the year, may not make the playoffs. However, after the season that they’ve had, they are already a success story. They were projected by some to be amongst the worst teams in the league, and having an above .500 record would be an amazing accomplishment, especially after losing Eric Bledsoe for a large portion of the season. But right now they need every win that they can get to make the playoffs and beating Oklahoma City would be a huge victory. 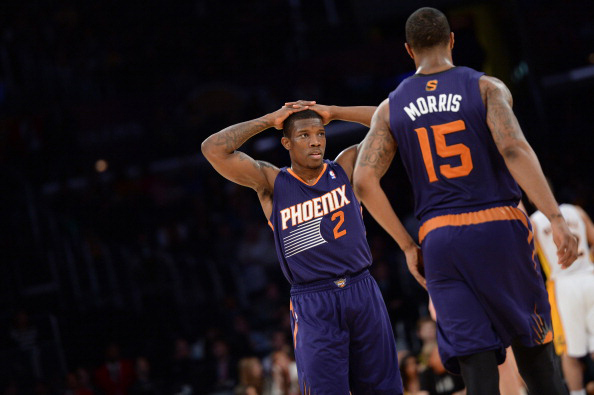 The Suns are holding on for dear life in the Western Conference playoff picture.