Posted On February 25, 2014 By Darryl Brazley In Sports, Sports Takes

Hawes is a mid-level center who is a valuable commodity for the Cavaliers. Hawes gets an opportunity to play for a team that absolutely wants to make the playoffs, despite a dearth of talent. Cleveland is only 5 games out of the playoff picture right now meaning that Hawes will get to play for a team that’s trying for the rest of the year. He’s also going to be a free agent soon. 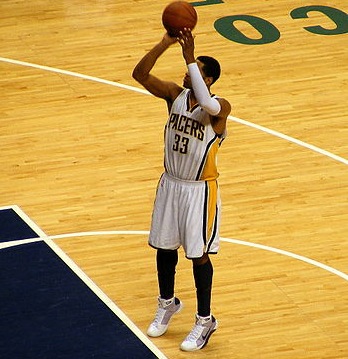 2) Evan Turner to the Pacers. Danny Granger to the Sixers

Evan Turner should provide offense off the bench for the Pacers. Turner is a former star player who’s been stuck on bad Sixers teams and will be given the opportunity to play for a championship contender. Danny Granger will likely be bought out and given the opportunity to sign to his team of choice. The Sixers traded 2 of their best players and will continue their descent towards the bottom of the league.

Davis is a middling center who is more of a name (thanks to his role on the championship Celtics teams) than an important player. After not finding a trade partner, the Magic bought out his contract. The Nets considered picking up Glen Davis, but when the Clippers picked up Davis, the Nets picked up Jason Collins. Jason Collins was the center for the New Jersey Nets when they last won the Eastern Conference finals and a member of the draft day trade that sent Kevin Love to Minnesota. His role on the Nets will likely be the use of 6 fouls, a statistic where he once led the league, in 2004-05. He’s also the NBA’s first openly gay active player.