Posted On August 1, 2016 By Cat Hausler In Music, Shows, Uncategorized

Global Dance Festival 2016: A Review of Colorado’s Hottest EDM Event of the Summer

The beauty of Red Rocks Amphitheater in Morrison, CO is the pinnacle of Mother Nature’s impressive talents. Arguably the most beautiful and acoustically perfect venue in the country, if not the world, Red Rocks is a place that artists from all walks of life would kill to play at. Each summer, Global Dance Festival (GDF) brings producers and dance music enthusiasts together for an event that juxtaposes natural beauty with blaring synths, whompy bass, crazy costumes and face-melting light shows. Another year of Global Dance Festival is in the books and the three-day event impressed once again.

Having solidified itself as the dance music event of the summer in Colorado, Global Dance Festival delivered another star-studded main stage lineup. My favorite headlining acts from this year? Read on.

Dash Berlin – Dash Berlin (as I’ve mentioned before, I’m not 100% sure how many people are actually part of Dash Berlin, although one guy always performs) always brings an immense, contagious, positive energy to the stage. From the first song to the last, his set at Global kept the crowd dancing around with huge smiles on their faces. Dash Berlin does a great job of playing original music, remixes of popular songs (think “Bad Blood” Taylor Swift and “New York City” by The Chainsmokers) and top 40 (he slowed it down with “7 years” by Lukas Graham). The set was the PLURest of the PLUR and only solidified my love for Dash.

Above & Beyond – Confession: the first and only time I saw Above & Beyond (A&B) before this year of GDF, I liked them, but didn’t fully understand the hype. Well, after their set at Global this year, I totally get it. Looking for plenty of space to dance, my friends and I went to the upper rows of Red Rocks for A&B. It ended up being a great decision. Not only did we have room to move, but we could see the entire stage with the lights of Denver twinkling in the background. A&B plays with a sincerity and emotion little shown by other producers. Every song, no matter the speed, sound and vocals, inspires and can drive even the most skeptical onlooker to tears. The Colorado crowd gave back as much love as they got from A&B, making for a magical experience.

DJ Snake – It can be tough to play the final set of a three-day festival, but DJ Snake had no problem keeping the crowd amped. His set was high energy from start to finish. Trap-heavy, the set also featured progressive house, rap, top 40 and rock. The French producer had no problem hyping up the audience, interacting just enough without being over the top. I’ve said it before and I’ll say it again, DJ Snake doesn’t get enough credit. He is a talented DJ who can read his crowd well and keep the energy of any venue he’s at high. 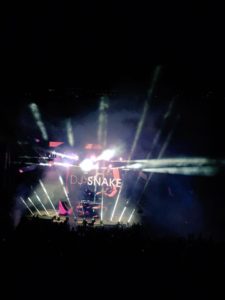 The mainstage is known for hosting the “biggest names,” but I found that the lineup on the smaller NRG Stage really stole my heart at GDF ’16.

Jack Novak, Jakal, Anna Lunoe and Hermitude played my favorite sets of the weekend. If I had to choose a No. 1, I’d say it was Jack Novak (though I may be partial because I interviewed her before her set). One of the most beautiful people I’ve seen in real life, Jack gave her everything to her set and played a variety of genres with ease (look out for the interview on here soon). A close No. 2 at the NRG Stage was Hermitude. The Australian duo puts off an Odesza vibe, but with a little more edge, throwing in heavy hip-hop and traps beats with soothing, musically driven melodies. 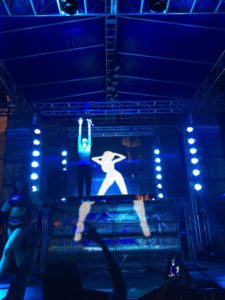 Global Dance Festival 2016 was one for the books and I look forward to what the event will bring in future years.