Posted On April 30, 2014 By Sophie Tahran In Music, Music Musings

The first time I saw Odesza, it was completely by accident. I stood in line at the coat check at Mezzanine, a smallish venue tucked away in the SOMA district of San Francisco, as they opened for Emancipator. I had no idea that this was their first-ever show in this city, as my friend and I remarked, “Wait…I really like this!” It was the kind of upbeat, laid-back electronic sound that perfectly emulates how you want to feel 24/7. Walking out of the venue later that night, we happened to catch a glimpse of the merch table, which luckily broadcast Odesza’s name

Soon thereafter, I happened to notice that they were playing at the SF Academy of Sciences’ Thursday night event, which is generally known as a great way to indulge in your inner six-year-old by viewing stingrays, butterflies, and fossils while surrounded by open bars. The weekly event consistently scored some cool themes and acts, and Odesza was one of them during a Burning Man themed night. A friend and I attended solely to get a better look at this mysterious opener that we had heard weeks before.

As the stage was being set up with equipment, we innocently walked up to a young guy standing nearby. “Any idea when Odesza’s going on?” we asked. An hour later, that same young guy was on stage, too humble to tell us that he was in fact one-half of Odesza. After the show, the still relatively unknown band ran their own merch table, giving us a chance to stop by and chat.

The Seattle-based group started off as a post-college project between Clayton Knight and Harrison Mills in 2012. They began to draw fiercely loyal fans to their melodies, which are described as “dreamy, suntrickled melodies, glitched out vocals, crunchy drums and large sweeping bass lines.” There are no tricks here – just two guys, their equipment, and a stronghold in the underground electronic community. 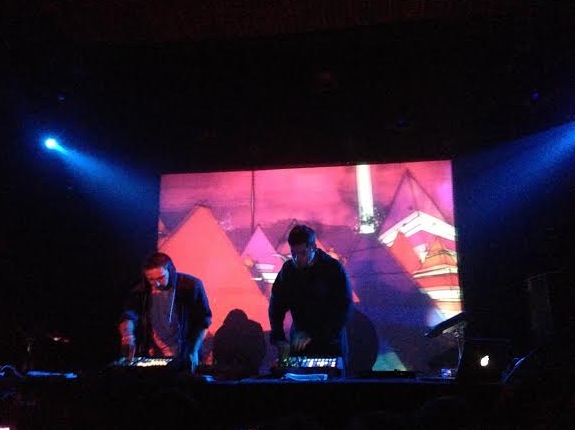 The band has since performed at Sasquatch Music Festival, Lightning in a Bottle, and more, and toured with the likes of Pretty Lights, Emancipator, and Michal Menert.  Less than a year later, Odesza is selling out shows all on their own. Nobody was “stumbling upon” their sold-out headlining show at The Independent, a historic venue in San Francisco, and their nationwide tour was no accident. I was lucky to catch Odesza’s first three (and only) shows in San Francisco thus far, and view the growth of these two guys from openers to widely recognized artists in months. And for two guys who wear hoodies to most of their shows, that success is based on the music and energy of the guys themselves, not blinding theatrics.

On this year’s My Friends Never Die tour, Odesza was joined by special guests D33J and Kodak to Graph, and also rejoined with Emancipator Ensemble and Real Magic. They came into their own as stars of the stage, incorporating back-to-back dueling drums alongside their daydream-y graphics and lights. This tour introduced a more mature presence, with a longer independent set, an encore, and increasingly upbeat tracks to foster the audience’s strong energy. And it’s not a one-way street: while the crowd always enjoys their tunes, you can see that the guys reciprocate that enthusiasm, giving it right back in their performance.  Odesza brings out the best type of audience: one that mirrors the good-natured vibes that the band produces. Even in packed venues across the United States and Canada, there’s always room for everyone to enjoy a little Odesza. 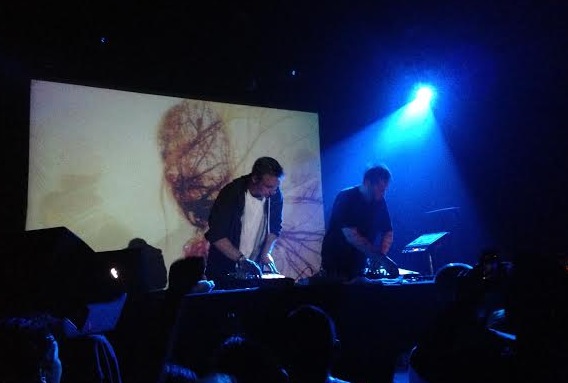 While the tour may be over, the My Friends Never Die EP is available for download from Odesza.com. Additional singles are being released sporadically from their forthcoming LP, which is slated to drop in late 2014. Check out a free download of their most recent single, “Sun Models,” below.

Sophie Tahran is a lifestyle writer for Writtalin. Sophie suffers from extreme FOMO. While this results in no sleep or money, it has led to adventures through Asia, Africa, and a tumultuous year of evacuation amidst Egyptian uprisings. Sophie is a California native currently living, eating, and exploring music shows in San Francisco. While she works 9-5 at an art school, she fantasizes about making a living by telling people where to put their commas, semicolons, and apostrophes. You can email Sophie at: [email protected]