Posted On April 29, 2014 By Anthony Kozlowski In Lifestyle, Manzone

Sex: Why You’re Doing It Wrong

Sex is one of the integral experiences of the human condition.  It better be, considering it’s how we make more people.  Whether virgin or active, celibate or Lothario, everyone comes in contact with it sooner or later.  That universality and the blind need we have to pursue it, called a sex drive, keep it at the forefront of the human experience.  That’s probably why porn has been around as long as there have been people.  Like any form of media though, its representation of real life isn’t always the most reliable.  Scores of immaculate supermen plow the most voracious and meticulously-shaved Barbie doll women in a repetitive batch of positions I could count on two hands.  Of course I’m leaving out the fetish, bondage, and tentacle varieties that some people find just swell, but for the sake of argument, I’m going to stick with a few constants.  First, the participants are always fired-up and ready to go with a minimum of foreplay; second, the harder the better; and third, the money shot is almost always reserved for the face – and everyone loves it that way. 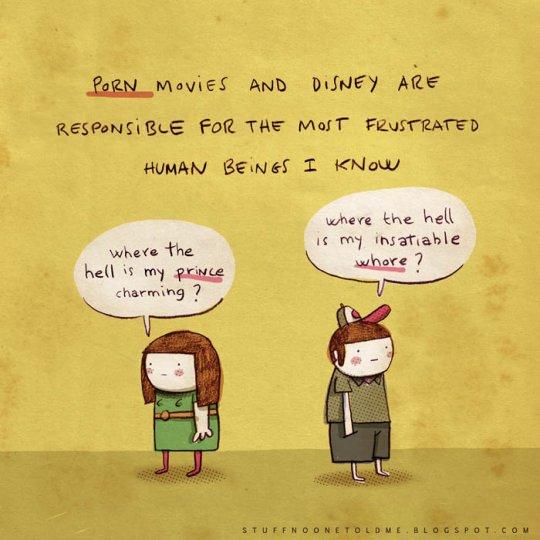 
Aside from putting me off Nutella forever, this video is one in a growing arsenal of tools for sexually active people in the Internet age.  That’s the dual-edged sword of the web.  It dishes out problems and solutions in equal measure, sometimes in direct proximity to one another.  And that’s just fine with me.  I learn more from my computer than I have in all sixteen years of my schooling.  Okay, that may be a bit of an exaggeration, but it won’t be for much longer.  As more and more 3-year-olds pick up iPads, what we learn as a species will become increasingly digital.  That doesn’t have to be a bad thing as long as we can teach ourselves what’s real and what’s not.