Posted On April 29, 2014 By Rachel Harrison In Girlzone, Men

5 Most Intense Celebrity Crushes Of My Youth

Ah, the nineties. What a wonderful decade to grow up in. The glory days of Nickelodeon and the Disney Channel. The most epic toys were introduced in the nineties – can you imagine a childhood without Tamagotchi funerals or summers without intense backyard Super Soaker battles? But perhaps the best part about growing up in the nineties was the legendary selection of Tiger Beat dreamboats to crush on.

All these years later and I’m still swooning.

I don’t know the name of the actor who played Tommy Oliver, but that’s okay because he’s most relevant as the hot Power Ranger (no offense). Who could resist that long flowing early 90’s hair? How many friendships were ruined by playground arguments over who got to be the Pink Ranger? Everyone knew the Pink Ranger and the White Ranger totally, like, kissed and stuff.

I was determined to one day be Mrs. Tommy Oliver Power Ranger. But as time went on we just grew apart. It happens. 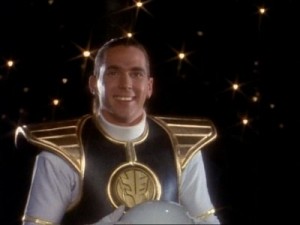 Mr. Erik von Detten rollerbladed onto the scene and into hearts everywhere in the late nineties. Only he could make rollerblades hot. Yes, I’m referring to the Disney Channel Original movie masterpiece Brink! I’m fairly certain the downfall of the VHS was a direct result of preteen girls everywhere replaying their Brink! tapes to the point of exhaustion and then having complete emotional breakdowns when von Detten’s face was marred by glitches and static.

In my adult life I once dated an Erik with a ‘k’. It didn’t work out because he wasn’t Erik von Detten. There can only be one Erik. 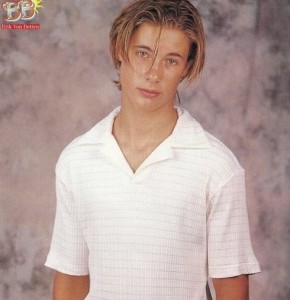 Though Joey Lawrence was largely considered the dreamiest of the Lawrence brothers, Matthew Lawrence always reigned supreme over my heart. The great miracle of the film Mrs. Doubtfire wasn’t the fact that a movie about a cross-dressing deadbeat dad in the midst of a painful divorce was a hit comedy, but that Matt Lawrence was able to have the most unfortunate haircut possible and still be a total babe.

Also being a middle child, I considered us kindred spirits. I’m still a little jaded it didn’t work out. 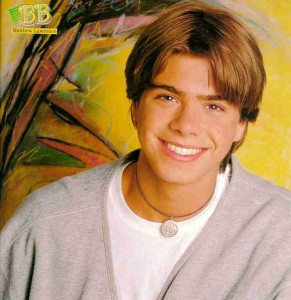 Between the Growing Pains reruns on Disney Channel and Titanic, it was hard not to be in love with Leo in 1997. When I made my Holy Communion in the first grade I wasn’t at all focusing on accepting the body of Jesus Christ. I was too busy pretending that my white communion dress was actually my wedding dress and I was walking down the aisle of the church to marry Leo DiCaprio.

Though my desire to wed Leo faded, my Catholic Guilt remains. 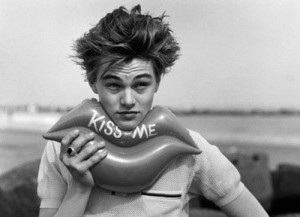 Let us take a moment to remember the extreme cuteness of young Jonathan Taylor Thomas. We speak of him now in hushed voices, surrendering to the bittersweet nostalgia of the greatest love a generation will ever know.

My love for him was so intense that I could still probably quote every line of the movie Man of the House with Chevy Chase. Wait a minute, that was Chevy Chase? I’ll have to process that later. 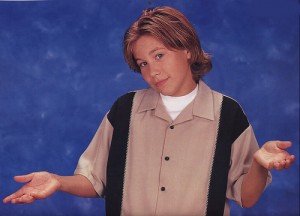 The dreamboat of all dreamboats, adolescent me couldn’t fathom a life without him. Except for those confusing two weeks after I saw Tom and Huck when I started to have feelings for Brad Renfro (Rest in Peace).