Marilyn Monroe grew to fame as the quintessential American Sex Symbol before she died at the early age of 36. She was an actress and model whose reputation preceded any of her appearances with the promise of a beautifully wild girl. Despite her professional accomplishments, it would be her flaunted looks that mesmerized America for over a decade. She was not afraid to be sexual in a time of conservatism, and was even able to make the “Happy Birthday” song sultry and memorable when she serenaded JFK. 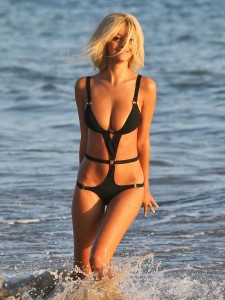 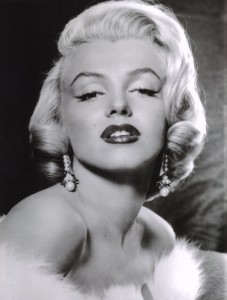 Today a new star has risen in France to a similar degree of Marilyn Monroe. Her name is Zahia Dehar.  The 22-year old is a lingerie designer, model, actress, and artist – and she is irresistible. Still not a household name in the United States, mark my words, Zahia soon will be. Similar to Monroe, Dehar’s name is wrapped in sultry scandal, including a 2008 prostitution charge against three famous French national soccer team members. At the time, Dehar was 16 (the age of consent of France is 15, but the age for legal prostitution is still 18). Now, at 22, her ability to lure men and sexualize herself in the way that almost any man would want her, yet know they can’t have her, is unmatched. Her body is near perfection, but what sets Dehar above even modern models is that her artistic personality is mysteriously difficult to turn away from.

Like Monroe in magazine images of the ‘50s, Dehar makes men today quake at their computers. While Monroe blazed trail in showing off her body in a conservative time, Dehar – in a time where sex tapes and full-nude photos leave nothing to the imagination – tempts men everywhere by withholding her body in its entirety.

Monroe and Dehar have taken different paths to stardom, and have pursued different paths of professionalism; they share in their nearly unexplainable allure. As a successor to Monroe, Zahia Dehar will become the new female World Sex Symbol, if not already.

But first, watch this irresistible video of Zahia Dehar: