How to Piss Off a Banana

Bananas are typically a gentle, mellow fruit.  The shell of their sweet meat is a harbinger of peace and tranquility.  Generally harmless, these fruits can exhibit passive signs of aggressiveness (should they be provoked) that, if not taken seriously, could lead to major repercussions for our diet as human beings.  Here are some things to avoid:

1. Separating it from its bunch

Bananas are a pack fruit, they hang out in family groups–much like the Brady bunch.  In fact, a group of wild bananas is referred to as a “bunch.”  Bananas prefer to live and grow in these family groups and early separation can be devastating.  Isolating a banana from its family bunch before its time may incite a riot. 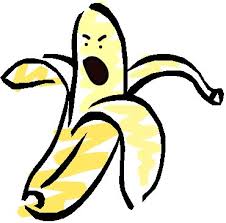 A banana that has gone uneaten past its intended shelf life will begin to grow resentful and angry.  These emotions are expressed in a poopy-brown color that will start to appear throughout its slender body.  It will rot in outrage at your plans to freeze it and turn it into banana bread.

3. Not disposing of its peel properly

Bananas are a sacrificial fruit by nature.  They understand that their purpose is to give sustenance and nutrition to those in want.  They will roll in the grave of your belly juices knowing that you have littered their remains, instead of disposing of them properly.  You may argue that “Banana peels are biodegradable.” But you would be neglecting the fact that bananas actually prefer that their earthly remains be respectfully placed in the garbage bin with a few words. 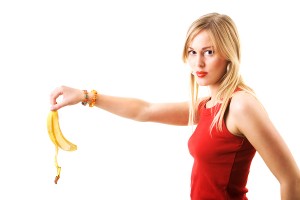 4. Using it as a telephone

Bananas communicate through a complex fruit language that can neither be seen, nor heard, nor understood by humans. It is so advanced that it is a great insult to them to be used as an artificial means of human communication.  Possibly the worst offenders are the ones who answer the banana phone, “Yellow?” 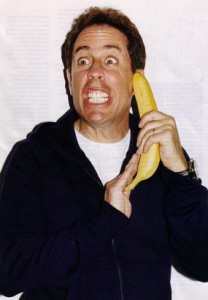 5. Putting a condom on it

This is a despicable and degrading act that repulses bananas.  Bananas do NOT believe in birth control.  They appreciate and worship fertility and you will often see banana families of 6 or more.  Bananas view this disgusting act as a violation of their banana rights. 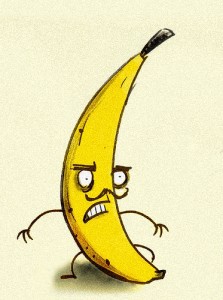 As I mentioned before, bananas are fully aware of their sacrificial purpose; however, when their death becomes a meaningless act of Playing-With-Food they become outraged.  Beware of accidental banana smushes that occur at the bottom of purses, backpacks, and grocery bags.  Bananas will take any and all forms of abuse as a sign of war. 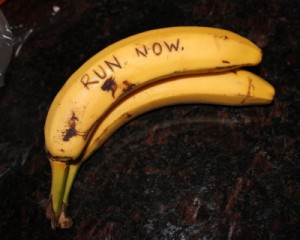 7. Not being open-minded enough to even try it

Being a courageous species themselves, banana fruits do not value the narrow-mindedness of picky eaters.  What pisses them off the most–to the point of revolt–is the refusal of a person to even entertain the thought of tasting them.  This kind of prejudice has the potential to inspire the greatest Human-Fruit War that history has ever known.  So eat your bananas everyone!  And eat them kindly. 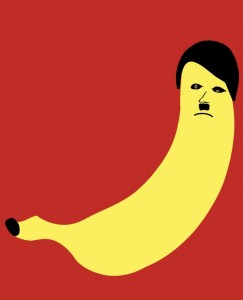