Posted On September 22, 2014 By Quentin Montemayor In Miscellaneous, Opinion

At first glance, the cover of “Season to Taste,” by Natalie Young looks like another boring chick lit novel, clogging the shelves of bookstores. Upon closer inspection this notion is dispelled. “Season to Taste” is a cautionary tale about not getting stuck in a loveless marriage–duly noted. The story chronicles the actions of a sad woman who has just done the unthinkable.

But this is not the end of the story. Merely the beginning. The story is told in snippets which include flashbacks and a series of mental lists made by Ms. Prain. The novel is part character drama and part mood piece. It infiltrates the mind of a woman driven to the edge. It studies Lizzie’s feelings of guilt, sadness and yearning to start anew. These are all familiar feelings to anyone who has been in an unhealthy relationship. Prain is a relatable character. Thank goodness for this, because the author never gives the reader the opportunity to escape her thoughts.

Prain reckons with her own despicable act of murder by rationalizing it and later eating the body of her husband. She has some very helpful cooking tips for all those thinking of throwing some human meat on the barbie. The author lightens the graphic depictions of chopping up body parts with some dark humor:

“It had been a terrible, shocking Monday morning incident. Instead of killing him, she could have taken the dog for a walk, or ventured out in the car to do the shop at the supermarket off the A31. She could have made raisin bread, or looked online…Instead she had chosen to kill her husband on the lawn at 8:15 a.m. with the garden spade.”

Solid advice from the author. If you ever feel like killing your husband, do some online shopping instead.

The prose is a bit choppy, and Ms. Prain’s mental lists sometimes interrupt the story. The dry, British tone might put off some readers. But this is a worthwhile read for anyone looking for something on the darker side. This book really delivers in terms of originality. This reviewer recommends that you borrow this book from a friend and settle in to a nice bowl of chunky beef stew and a glass of red wine. Well…let’s hope it’s beef stew. 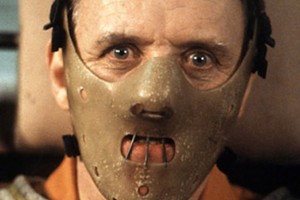 Quentin Montemayor is a writer and reviewer for Writtalin. She is a recent graduate of the University of Colorado School of Law. She also has a B.A. in Anthropology from CU lying around somewhere. She is currently working as a literary assistant for several up-and-coming authors. In her spare time, she coaches the CU Club Softball team and does not run marathons. She is a connoisseur of the odd and extraordinary. She will review any genre and accepts any format of book (hard copy preferred).