In modern music, true musicianship, true composition, has largely gone by the wayside. Relatable lyrics, power chords, and computer-automated sheen has become the norm. However, there exist several groups, generally categorized as “post-rock,” that continue to focus on the music – the real nuances and complexities of melody, progression, and instrumentation – to create sonic soundscapes that allow a listener to truly lose themselves in the sound and the environment it creates.

Perhaps the best known band in the genre is Austin’s Explosions in the Sky, who have found breakthrough success by providing movie soundtracks – most notably to Friday Night Lights. However, the real innovators of the genre are Scottish rockers Mogwai. The dudes from Glasgow have had major staying power in a genre which is, undoubtedly, fairly niche. New post-rock outfits spring in and out of existence with regularity, but Mogwai has been a force to be reckoned with since 1995, and amazingly, have kept the same lineup intact for 19 illustrious years.

Last Tuesday, at the Ogden Theatre in Denver, I had the opportunity to get lost in Mogwai’s understated sonic bliss for a few hours. 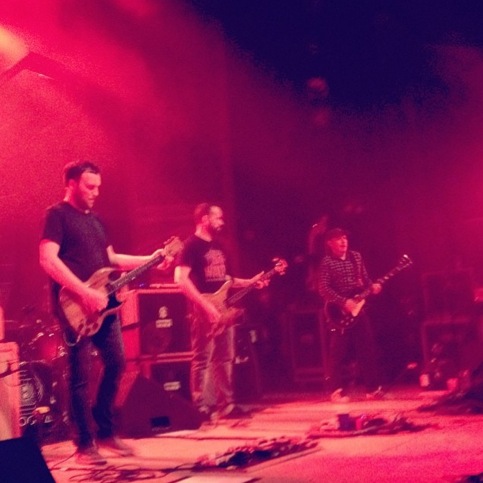 Unlike most concerts I attend, the vibe at Mogwai’s show was – for lack of a better word – incredibly chill. Gone were the screaming and jumping tweens, the molly-popping ravers, and the crowd-surfers. Everyone present was there to not only listen to music, but to fully experience a night of getting lost in the ambiance of Mogwai’s world of sound.

The band started the evening off slowly, with the beautiful melodic compositions that are “Heard About You Last Night” and “Friend of the Night,” followed by the rare Mogwai vocal track, “Cody.” Accompanied by a subtle, glowing light show, the group set a serene atmosphere for concertgoers. But just as in most Mogwai songs, the soft serenity had to be balanced out by some roaring rock n’ roll. 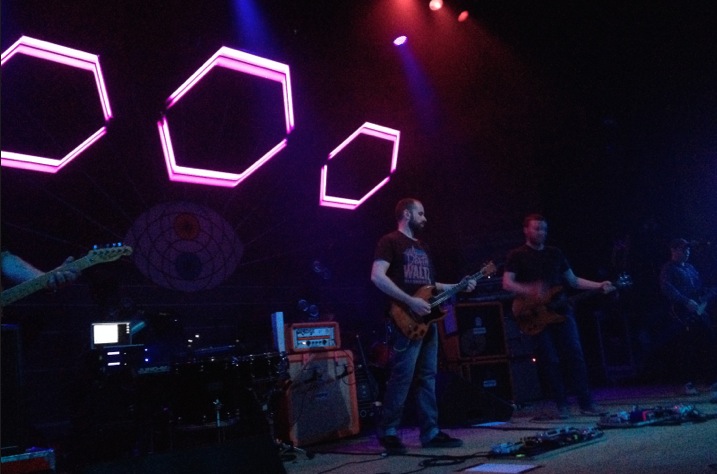 And that is exactly why group’s like Mogwai have a certain disdain for the “post-rock” categorization. Make no mistake, Mogwai can flat out ROCK. As the set progressed into tracks such as “Ithica 27,” “Rano Pano,” and the brutal “We’re No Here,” the crowd was under no illusion – they were listening to a hard rock band at times. That is what makes a group like Mogwai so special – they can encompass 15 different musical genres in a 2 hour set; hell, Mogwai can cover that many genres within one five-minute song. Throughout the evening, I enjoyed aspects of shoegaze, math-rock, and heavy metal. But, just when you think you know what to expect with a song, a pronounced sonic shift takes place, and you’re moved from gazing at your shoes to wanting to jump in a mosh pit. Mogwai has mastered the soft/loud dynamic better than any contemporary group, and it’s not even close. 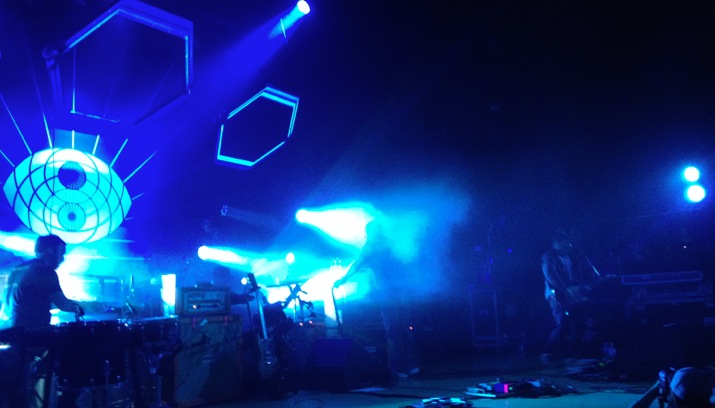 The band continued this soft/loud mastery for the rest of the night, culminating in the feedback-heavy, absolutely shredding finale of “Glasgow Mega Snake.” Then, as quickly as as the journey to Mogwai’s soundscape began, it all ended. Left with my ears ringing, I walked out of the Ogden feeling refreshed. Indeed, I had been able to truly lose myself and the trivialities of the everyday struggle for a few hours.

I’ve always thought of bands like Mogwai as the intellectual alternative to EDM and the like. That is, music that you can totally lose yourself in – but here, you’re listening to the product of talented musicians and hours of composition and refining, instead of samples of sixties’ hits and computer-generated noise.

If you want to get away from the world for a few hours and be transported to a land of sonic sensation, I highly recommend checking out Mogwai on their North American tour this summer.

For more of what to expect, check out their latest album, Rave Tapes, on iTunes, and take a listen below: