Posted On July 26, 2014 By Kelli Johnson In Buzzworthy, The Scene

We’ve all heard them…

around the water cooler…
in gym class…
during that uncomfortable “what the heck do we even talk about?!” time with your grandparents around the holidays.

We’ve all heard some pretty outlandish claims in our lifetimes and yet there are still those perpetuating myths that simply won’t die.

Perhaps, we should blame Hollywood movies or simply an uninformed society, but the fact is, these untruths are continuing to spread and I, for one, am sick of it.

So here it is…four popular myths (or rather the first four that came to mind) you probably heard in 7th grade that you and your loved need to stop believing right away.

1. Your blood is actually blue.

The thing is…has anyone actually seen blue blood?! I’m not sure how this myth got such notoriety, but I can assure you, it is definitely false.

Your blood is red…all the time. (Next time you donate or have blood drawn, check it out!) The myth states that our blood is blue until it “hits the air” or is oxygenated but, here’s the thing, blood is what carries oxygen to the various parts of our body so that right there makes no sense. It may appear different shades of red (50, perhaps?) at different times, but science can assure you, it is ALWAYS red. The reason it is red is due to the amounts of iron contained in your hemoglobin.

If for some reason your blood is blue, congratulations, you are a mutant…or maybe one of the Kardashians. 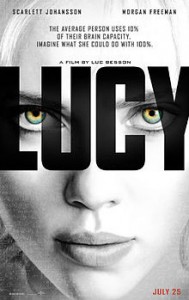 But what about that Scarlett Johansson movie or…I’m pretty sure I heard something about Albert Einstein?! (You also might have heard that he flunked math once upon a time, but I digress).

This myth is completely insane and 100% FALSE! In light of recent Hollywood movies, several university and news media outlets have taken to their websites to post scientific articles debunking the very myth that just won’t die.

The fact is, not only do you use more than 10% of your brain, but you actually use it ALL (not necessarily all at once, but yes, the WHOLE ENTIRE THING). Believe it or not, 90% of your brain isn’t just sitting there twiddling its brain thumbs. Google some brain scanning videos or images and watch the whole thing come to life!

This one is particularly frightening because when polled, 65% of people reported believing in the myth.

3. Columbus believed the world was flat. 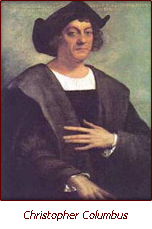 I know we all learned the little rhyme in 4th grade, but I’m here to tell you that your childhood was a lie. Despite popular belief, Columbus was not an idiot. The educated people of this time, including good ol’ Columbo, were well aware that the Earth was a sphere. In fact, people knew as far back as the 6th century B.C., due to studies done by Pythagoras.

This myth (like so many others) was created in order to sell a story. It is believed to have been perpetuated by authors such as Washington Irving and Antoinne-Jean Letronne (and the Catholic church got all up in that, as well) and then somehow made its way all the way down to elementary school pageants.

Check out this article on the Washington Post for more:

4. You swallow X amount of spiders a year. 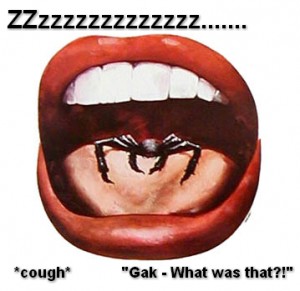 This one is probably my favorite due its origin alone.

You might have been at a sleepover when you were younger and one of your friends warned you not to sleep with your mouth open because spiders will crawl in! I mean, that kind of makes sense. As we got older, the story became, “Every person swallows (insert random number) spiders in their lifetime.”

Wrong! The odds of actually swallowing a spider in your sleep are about slim to none.

So how did this come to be? Believe it or not, it started as an experiment to see how made up “facts” circulate and become popular belief.

According to Snopes, “In a 1993 PC Professional article, columnist Lisa Holst wrote about the ubiquitous lists of ‘facts’ that were circulating via e-mail and how readily they were accepted as truthful by gullible recipients. To demonstrate her point, Holst offered her own made-up list of equally ridiculous ‘facts,’ among which was the statistic cited above about the average person’s swallowing eight spiders per year, which she took from a collection of common misbeliefs printed in a 1954 book on insect folklore. In a delicious case of irony, Holst’s propagation of this false ‘fact’ has spurred it into becoming one of the most widely-circulated bits of misinformation to be found on the Internet.”

So there you go, 4 things your crazy aunt has probably posted on Facebook that are completely false.