Posted On October 11, 2014 By Hunter Simmons In Buzzworthy, The Scene

Believe it or not, it has been almost nine years since the fateful release of South Park’s 136th episode: Ginger Kids. The reactions to this episode were quite rapid. I was in my sophomore year of high school, still formulating an identity for myself, when I was first called a “Ginger.” At the time, I did not find the term derogatory whatsoever, but others disagreed, making YouTube fame.

Honestly, I was not really sure what to think. One of my buddies from drumline would joke and say that if I were to have sex with a female Ginger on the line, then we would start a forest fire. That’s hysterical, and yeah I laughed real hard. Fire crotch jokes aside, the term Ginger has really evolved in the near decade it sprung into the forefront of common nicknames. 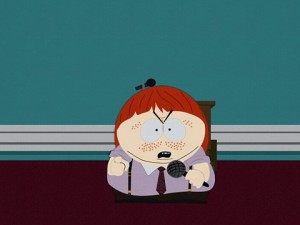 You also may have noticed that I have elected to refer to Gingers with the rights and privileges of all other proper nouns because let’s be honest, it just looks cooler and more important. I’m not sure if there are still Gingers out there that are in denial of their hairy uniqueness, but I write as a call to action.

Gingers, embrace who you are. Here are some good reasons why:

1. Gingers are the most exotic white people. 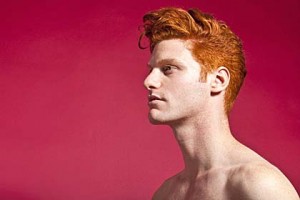 Like the rare macaw or cockatoo, Gingers have a combination of a lot of things most white people don’t have. Plus, Blake Griffin has shown us that the specialness of Gingers does not have to remain exclusively with white people. I consider it a special honor when people die their hair red or orange. What a sign of respect!

It’s science. Look it up. 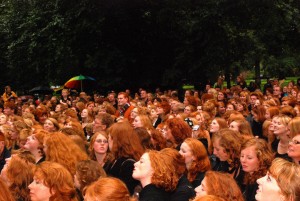 Unless you happen to be at a Ginger convention…

I also have my height to thank for the fact that I am more often referred to as a beacon for those lost in crowds or department stores. Plus, nothing says “beacon” like a shirtless ginger in the middle of a cloudless day. 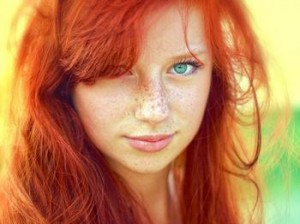 This one can be tricky. Sometimes the freckles can be overkill. But find that feng shui, and you are in business.