Chuck Palahniuk is a cult-favorite. Either you read every one of his books, or you read none (or just Fight Club – yes, he wrote that. Yes, it was a book before it was a movie). Chuck, as his readers dearly refer to him, pens life lessons through incredibly odd circumstances faced by his characters. While these circumstances don’t play out in our everyday life, Chuck strikes a note that makes us wonder “why not?”

Take the scene in Fight Club – the movie – where Tyler Durden and the unnamed narrator (a point to be made in itself) pull the gas station attendant out back and hold a gun to his head. They ask him what he wants to be, if years ago he wanted to be a gas station attendant. The scared attendant admits to wanting to be a veterinarian and Durden asks him why he is not, now, a veterinarian. The attendant complains about it being too much school.

Durden responds: “Would you rather be dead?”

Durden puts the gun barrel to the attendant’s head and says:

“I’m keeping your license. I know where you live. I’m going to check on you. If you aren’t back in school and your way to being a veterinarian in six weeks, you will be dead.”

Durden turns back to the narrator and says something about tomorrow being the most beautiful day of that gas station attendant’s life.

To prove a point that there is no reason not to go after your dreams, that there is always something worse than whatever is holding you back. And that being held back by yourself may in fact be the ultimate sacrifice.

Beyond Fight Club and entire scenarios, Palahniuk makes many points in his words, and we’ve gathered a strong collection of quotes below. Next time you are at the book store and pick up a Palahniuk book, make sure you don’t just read the words, but understand what is being said, too. 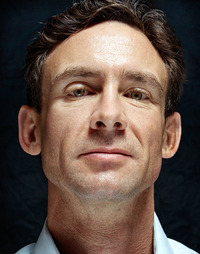 “The trick to forgetting the big picture is to look at everything up close.”

“The damaged loves the damaged”

“It is so hard to forget pain, but it’s even harder to remember sweetness. We have no scar to show for happiness. We learn so little from peace.”

“Some stories you use up. Others use you up.”

“We can spend our lives letting the world tell us who we are. Sane or insane. Saints or sex addicts. Heroes or victims. Letting history tell us how good or bad we are. Letting our past decide our future. Or we can decide for ourselves. And maybe it’s our job to invent something better.”

“People used what they called a telephone because they hated being close together and they were too scared of being alone.”

“The world will always punish the few people with special talents the rest of us don’t recognize as real.”

“This is your life and its ending one moment at a time.”

“You can laugh at anything from far enough away.”